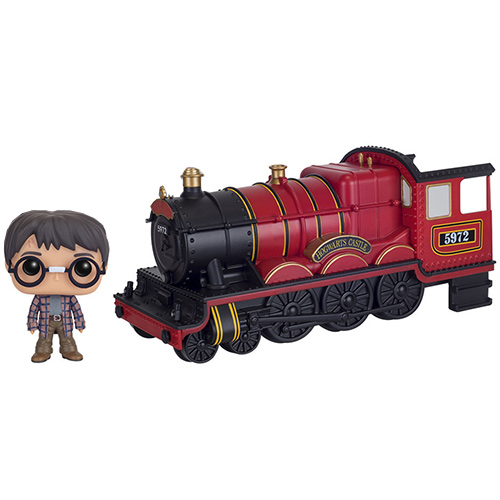 Harry and his first trip on the Hogwarts Express…

Harry is the main character in the Harry Potter literary and film saga. It follows the adventures of a young English boy who discovers, on his 11th birthday, that he is a wizard. Whereas he had until then lived with his aunt and uncle, since the death of his parents when he was only one year old, he will now join the Hogwarts school of magic. He will discover a whole new world of magic, but will also learn that his parents did not die in an accident as he thought, but were killed by Voldemort, one of the most terrible sorcerers of his time. To get to Hogwarts, located somewhere in Scotland, Harry must take the Hogwarts Express train from platform 9 3/4 of King’s Cross station. 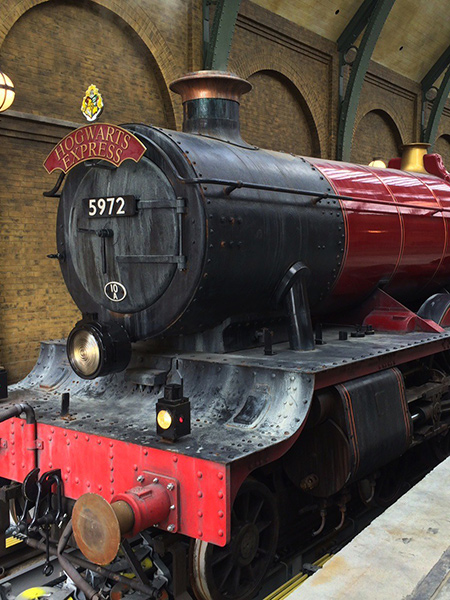 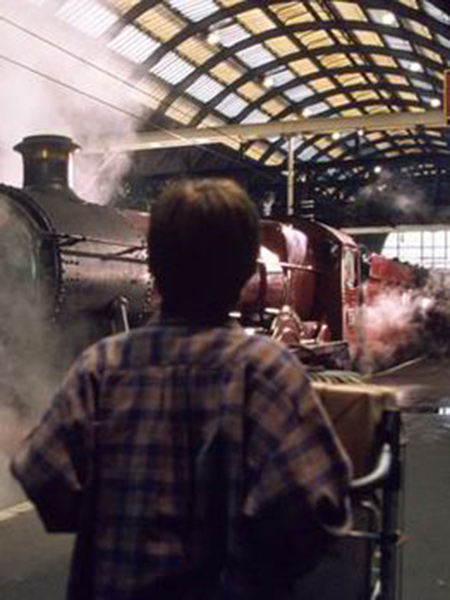 The most famous train

So the Hogwarts Express is the train Harry has to take to get to Hogwarts and only wizards can access the platform from which it departs. As you can see in the film, the Hogwarts Express is an old-fashioned steam train, mainly black and red, and this is the locomotive shown here. The details of the mechanism and wheels are beautifully represented and there are also some gold metal elements. On the side there is a Hogwarts Castle sign indicating its destination. At the back of the locomotive, we can see the beginning of a compartment where we can put the Harry Potter miniature sold with the train. Harry Potter is represented with the clothes he wears during the beginning of the film: brown trousers, a grey T-shirt and a checkered shirt too big because it used to belong to his cousin Dudley who was much bigger and fatter than him. On his face, he is shown with his famous scar and his broken and rescued glasses. There are also two carriages sold with Hermione or Ron that can be attached behind this locomotive. 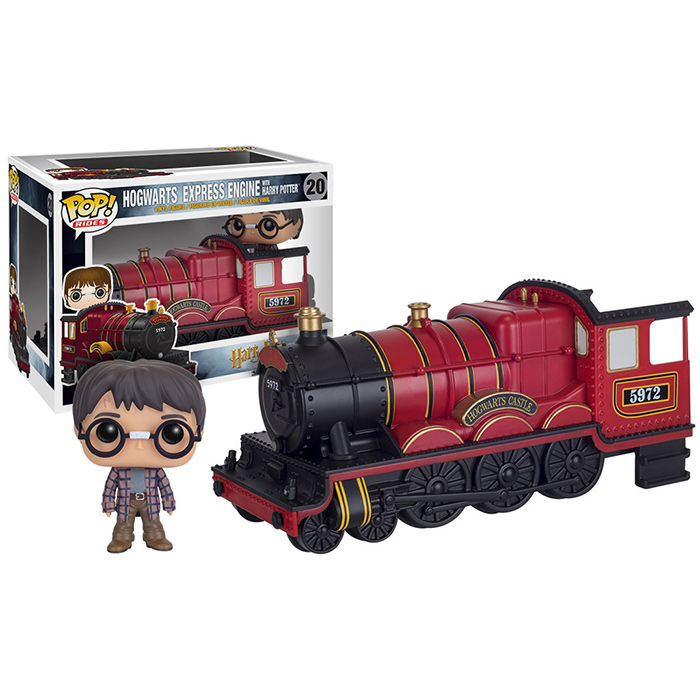