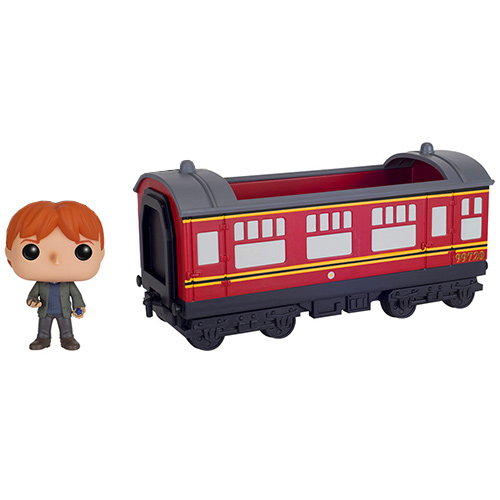 Ron is one of the three central characters in the Harry Potter films and the novels they are adapted from. It follows the adventures of a young English boy who discovers on the day of his eleventh birthday that he is a wizard. He will be taken by Hagrid, a half giant with a big heart, to the King’s Cross station to take the train to Hogwarts school. There he will meet Ron Weasley, whose mother will explain to him how to find the famous 9 3/4 platform. Ron will soon become his best friend and he will be a precious guide in the world of wizards. He is a big-hearted boy with a very large family who will soon adopt Harry as one of their own. As the years go by, he will spend less and less time with his uncle and aunt, who had adopted him in spite of themselves after the death of his parents, and more and more in the Weasley house. 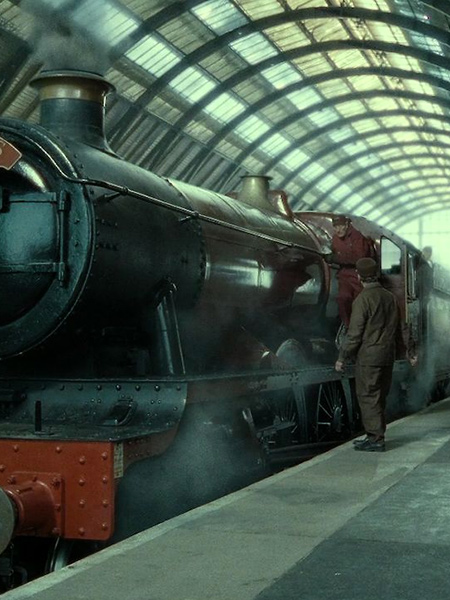 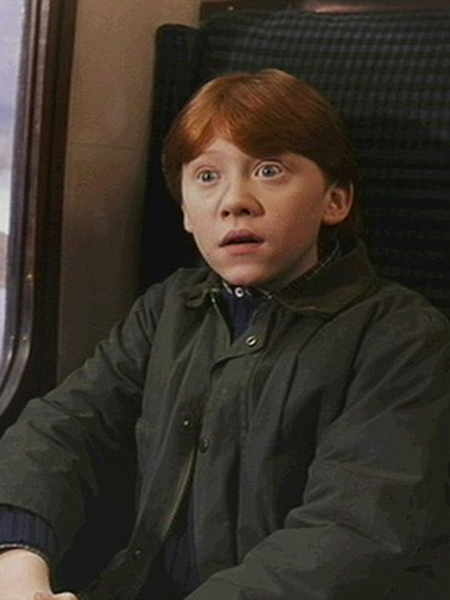 The Hogwarts Express is the only train that takes student sorcerers to Hogwarts School. Funko here depicted one of the passenger cars. Of course, we find the red, black and gold colors of Hogwarts but the shapes are simpler than for the locomotive sold in a pack with Harry Potter. The details are still faithfully represented, whether the wheels, the windows or the doors on the side of the wagon. The top is open to accommodate Ron’s figurine. This time he is represented with his classic clothes and not his wizard’s uniform. He is wearing grey trousers, brown shoes, a blue sweater and a khaki green jacket. On his face, we can see the little spot of dirt he has on the side of his nose when the two boys meet Hermione and his famous red hair. Finally, he is holding a chocolate frog in his hands as well as his pretty blue and gold box very finely represented. 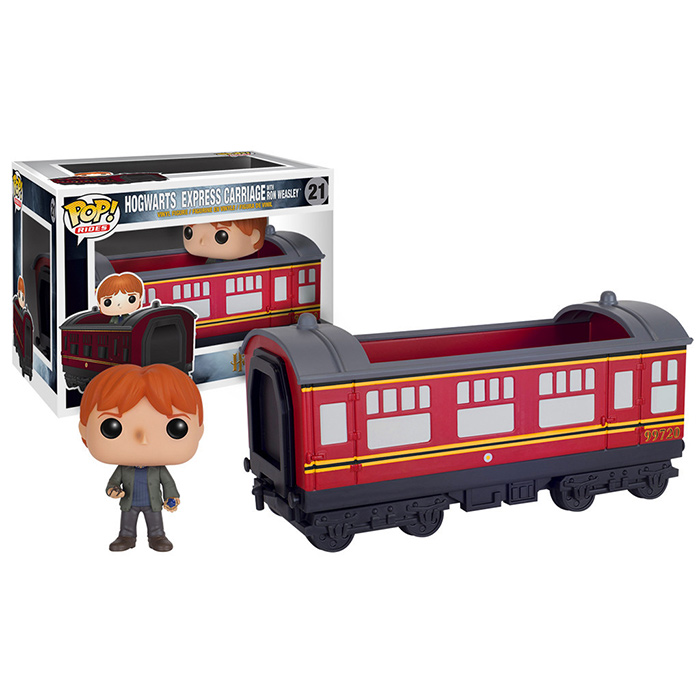