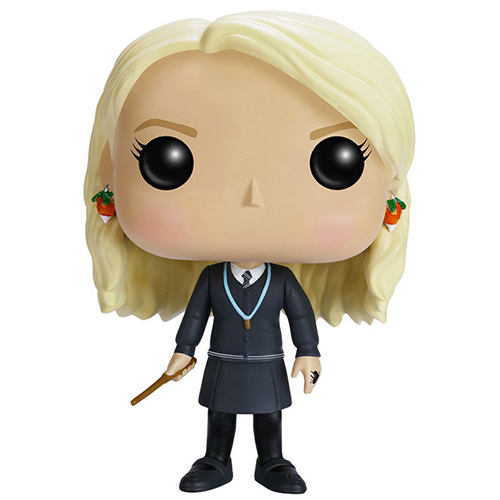 Luna Lovegood is one of the important characters in the Harry Potter saga. First a literary series for children composed of seven books, Harry Potter was a great success and was adapted into eight films between 2001 and 2011. Harry is a young English boy who discovers on his eleventh birthday that he is a wizard. He will then join the school of Hogwarts (Hogwarts in French) and discover a whole new world of magic. But he will also discover that his parents, whom he thought had died in an accident, were killed by the most terrible sorcerer that ever existed: Voldemort and that he is not as dead as we think. Luna appears in the fifth novel/movie in the saga. She is a year younger than Harry but will soon befriend him. She is a strange young girl with a thin voice who is willing to believe in the existence of all kinds of creatures. But she will also support Harry when many question his word when Voldemort returns. She is also one of the only ones to see, like Harry, the sombrals, those famous ghost horses, only visible to those who have seen death up close. Luna will become increasingly important in subsequent novels. 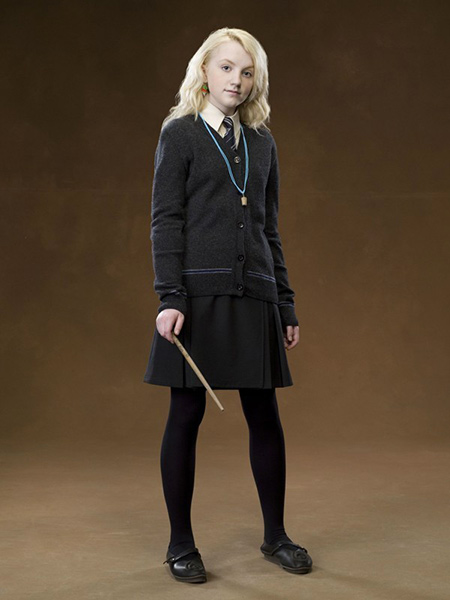 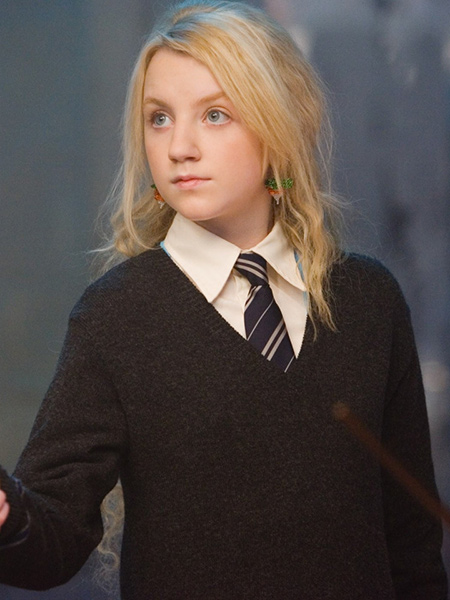 Fashion sense even in uniform

Like the early figures of Harry, Ron and Hermione, Luna is shown here in her Hogwarts uniform. A black skirt and waistcoat are worn over a white shirt and the prescribed tie. As always, she wears this with black tights and shoes. Being from Ravenclaw (Serdaigle), her tie is blue and white, the colours of Ravenclaw. In the fifth grade, we see less and less students wearing their wizard dress, Luna is represented without. At the head level, we can see her very pale skin and her slightly pink cheeks but especially her long platinum blond hair so characteristic. But Luna has a fashion sense of her own that she keeps even in uniform. We find her famous earrings in the shape of radishes and the necklace that is supposed to push back the “nargles”. 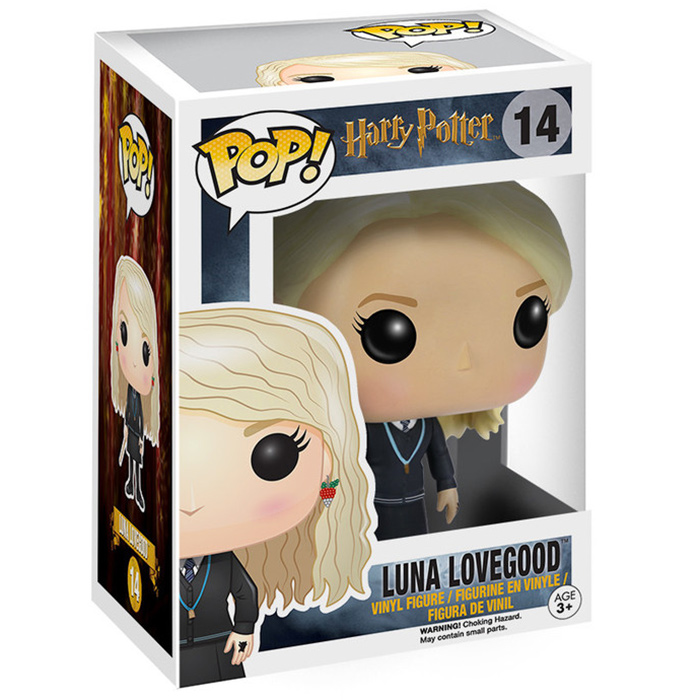