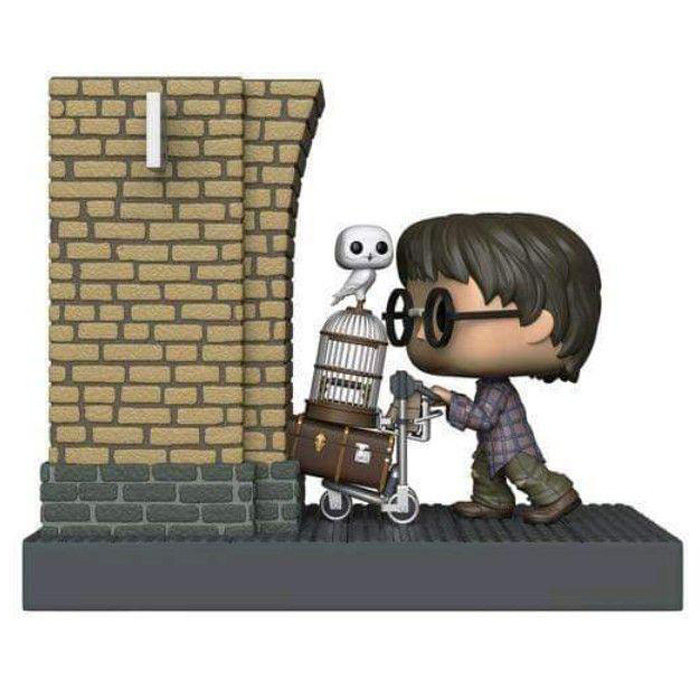 Discovering the world of magic

Harry Potter is the hero of the literary and cinematographic saga of the same name. He is a young English orphan who has been living with his aunt and uncle since the mysterious death of his parents. On his eleventh birthday, he learns that he is in fact a sorcerer like them. Hagrid, the gamekeeper at Hogwarts School of Witchcraft and Wizardry, will teach him everything he needs to know about this world before dropping her off at the train station where he can catch the train to this magical school. There he will meet his two new friends Ron and Hermione but will also learn that the world of magic can also be dark and very dangerous. 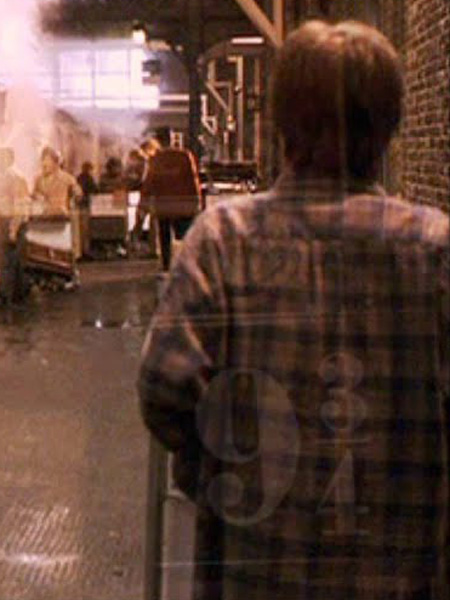 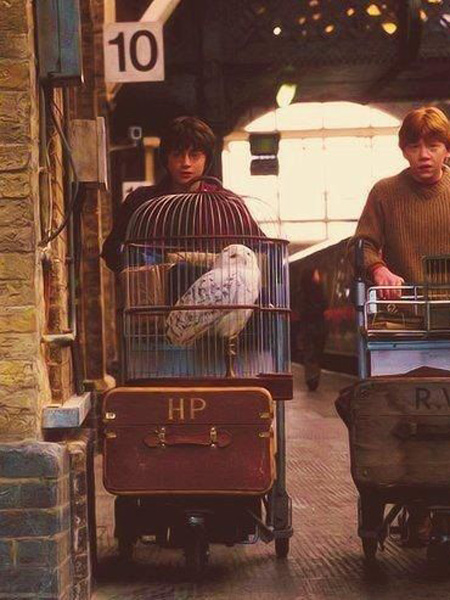 For this new movie moments, Funko represented that cult moment in the film when Harry takes the passage to platform 9 3/4 where he can take the train to Hogwarts. You can see the floor and a brick pillar with the beginning of an arch. Harry pushes his trolley on which his suitcase and Hedwig’s cage, his pet owl, are placed. Harry is wearing his cousin’s oversized clothes, green trousers and a long checked shirt. On either side of the pillar there is a panel 9 and a 10. 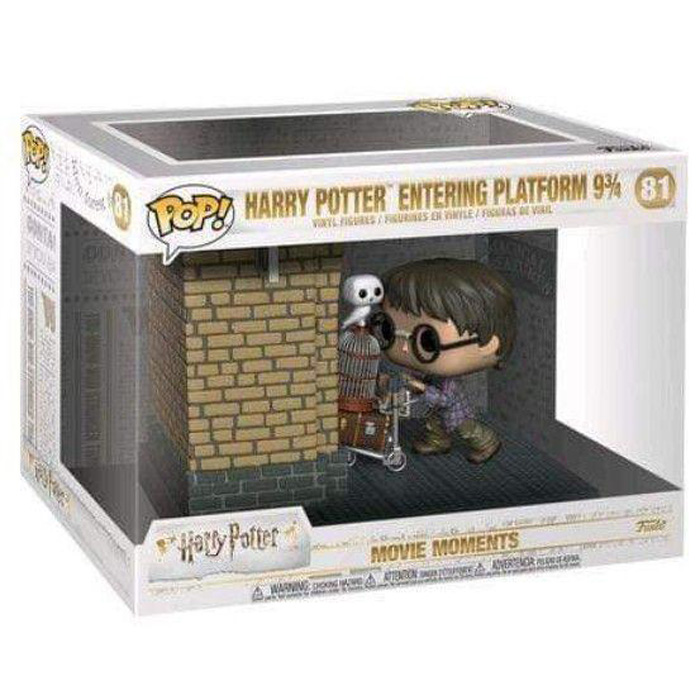