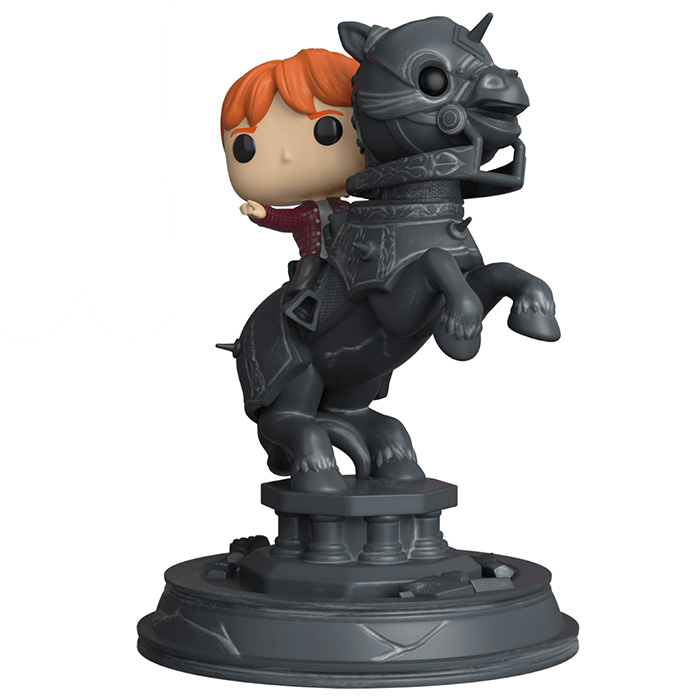 Ron Weasley is Harry Potter’s best friend in the saga’s movies, and forms, with Hermione, the trio of friends who will live incredible adventures but also increasingly dark and dangerous. In the first film, the Philosopher’s Stone was hidden in the castle by Dumbledore for his friend Nicolas Flamel. But Harry and his friends suspect that someone is trying to steal it. They think it’s Snape, but it’s actually Professor Quirrell who wants it for Voldemort, with whom he temporarily shares his body. Before gaining access to the stone, several traps must be overcome, including a life-size chess game. Ron is not necessarily the most serious or intelligent of the group, but he is particularly gifted at chess and it is thanks to him that the three friends will manage to pass this test to get to the stone. 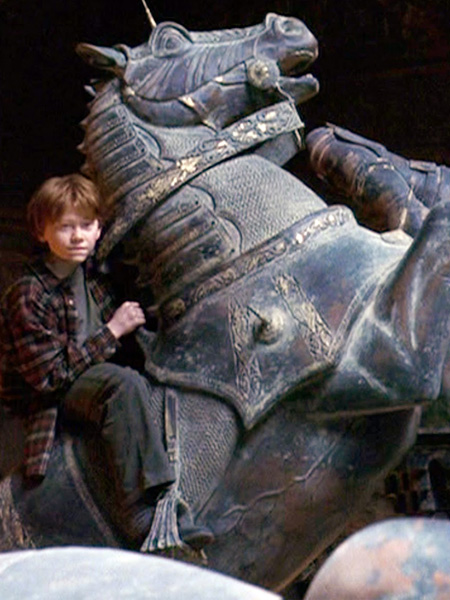 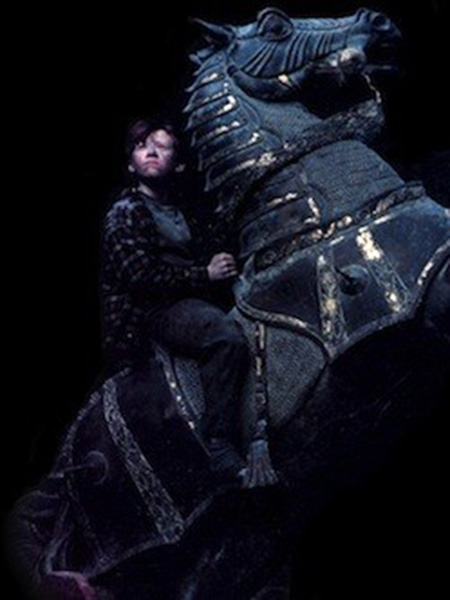 For this great movie moments, Funko chose to represent Ron playing this famous chess game on the back of the piece for the knight. We find a dark grey marble chess piece with very nice details. There is first a round base and then a second smaller base and the horse is reared on its hind legs. The details of the coat as well as the saddle and helmet are very nicely represented and the round head is cleverly adapted to the style of pop figurines. Ron is wearing brown pants and a simple t-shirt and plaid shirt. His finger is raised to show that he is ordering the other pieces and of course, we can see the Weasley’s red hair. 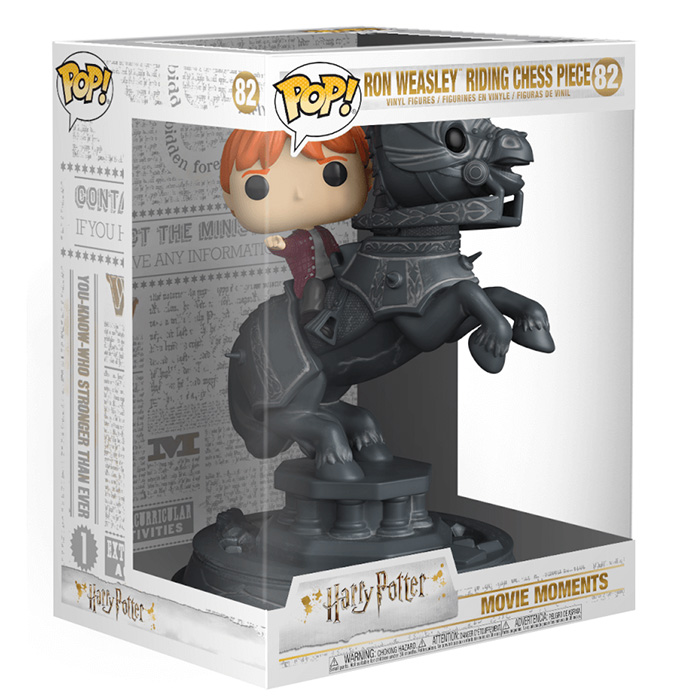