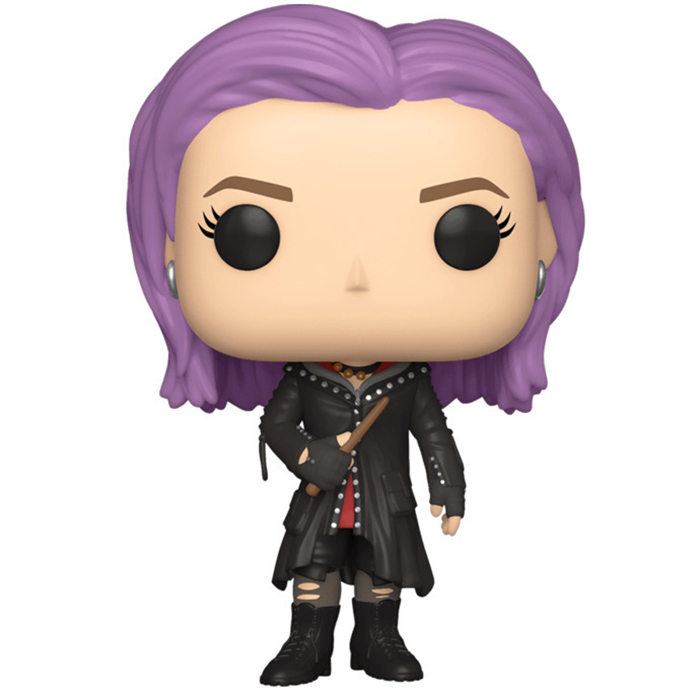 Nymphadora Tonks is a witch belonging to the order of the phoenix that we meet for the first time in the fifth opus of the Harry Potter saga. We will learn later that she is the niece of Bellatrix Lestrange and a distant cousin of Sirius Black but she shares the ideas of the latter and not of the rest of his family. It is for this reason that she does not appreciate the name given to her. She will escort Harry back to the headquarters of the order to await his trial and later will participate in all the missions of the order. She is a shape-shifter, which means that she changes her appearance at will, taking on the appearance of animals to amuse the younger ones. Her hair also tends to change colour depending on her mood. Even if it is little mentioned in the films, she will live a complicated love story with Remus Lupin because of their age difference and will give birth to her child during the last opus of the saga, shortly before dying during the battle of Hogwarts. 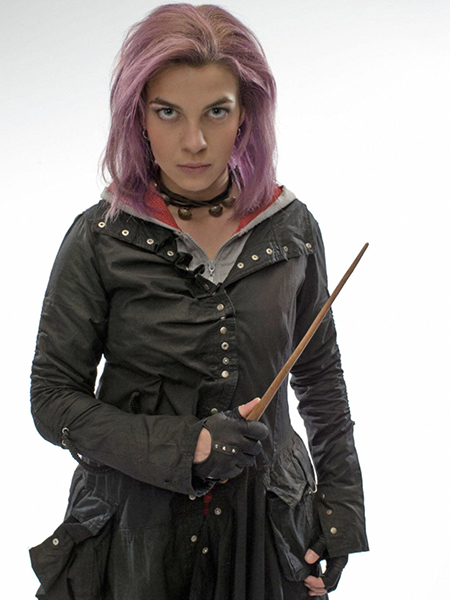 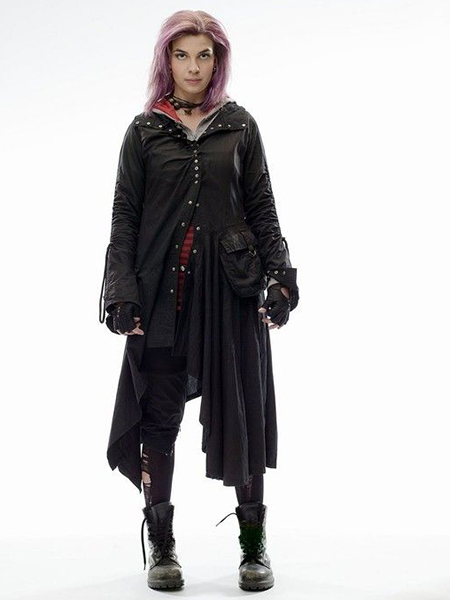 Tonks is shown here as she is seen the first time she comes to Harry’s rescue. She wears a more or less gothic/trash look with torn tights and high boots like Doc Martens. With this she wears short pants, a red t-shirt and a sort of long black jacket with a zipper and a choker with gold spikes. She also always wears black mittens and holds her wand in her right hand. Finally, on her head, she is represented with her mid-length purple hair, the colour she likes the most. 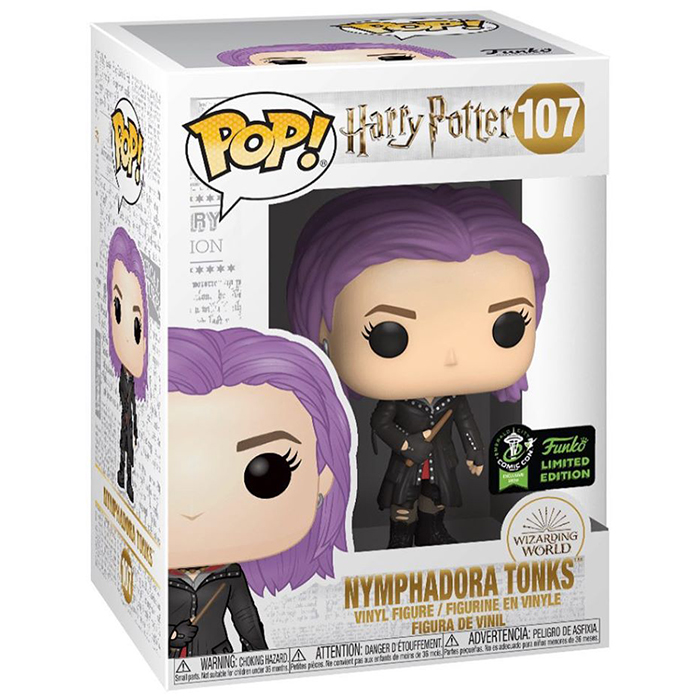