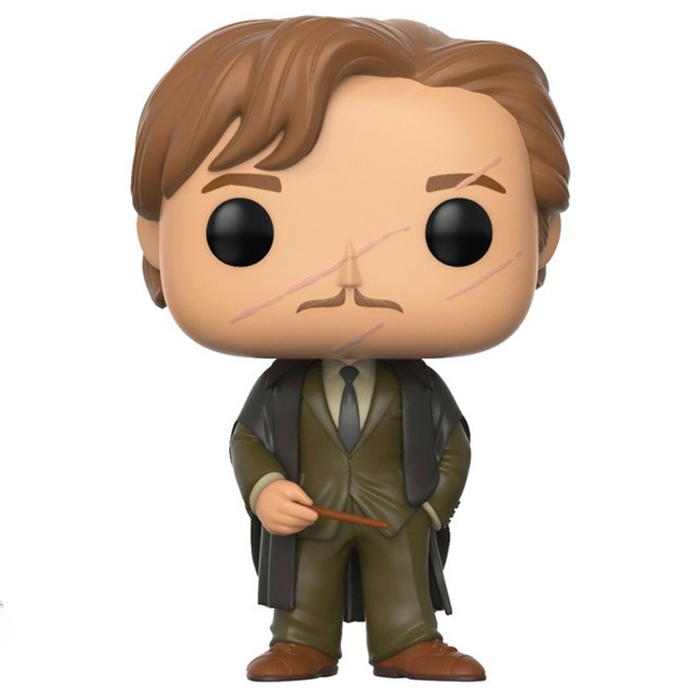 Remus Lupin is a character from the Harry Potter literary and film saga for children, appearing for the first time in the third opus: The Prisoner of Azkaban. Remus Lupin is the new teacher of defence against the forces of evil and from the very beginning of the film, he saves Harry from the attack of a hijacker on the train. Very quickly, he becomes fond of Harry and for good reason, he was one of his parents’ best friends. He will also teach him how to produce a patternus to defend himself from the attackers. During the course of the year, Lupin is absent several times and often comes back with visible injuries. At the end of the film, when we learn that it was not Sirius Black but Peter Pettigrew who sold Harry’s parents to Voldemort, we also learn that Lupin is a werewolf. At the end of the year, Lupin leaves the school but he will be found many times when Harry has to face Voldemort. 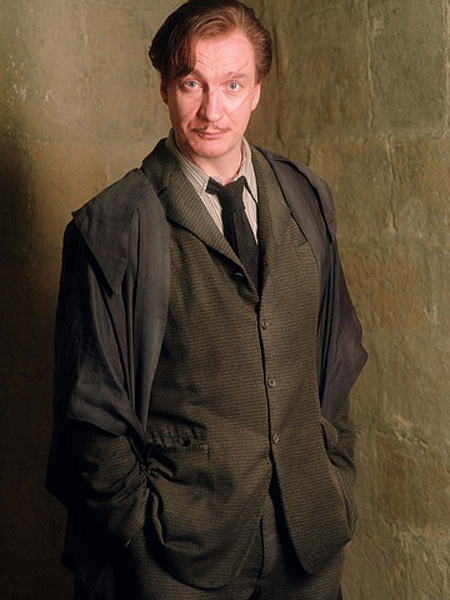 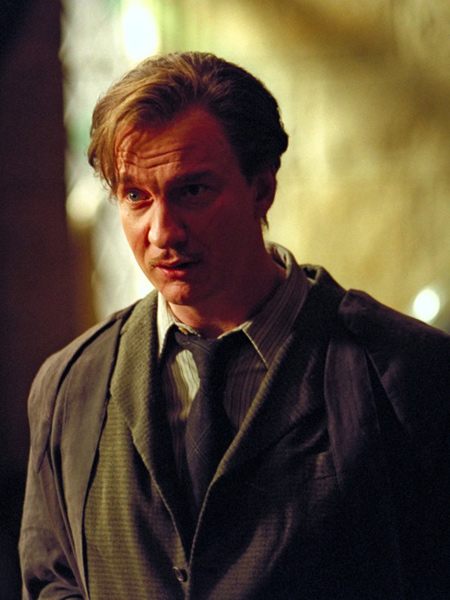 Remus Lupin is sometimes in a pitiful state after the full moon, but his elegant and typically English look characterizes him. He wears a rather sober dark green suit with brown shoes, a grey tie and a beige shirt. On top of that, he wears a black wizard’s cape with a collar and holes to let the arms pass through, which gives him a slightly 19th century look. At the level of the head, we can recognize his chestnut/red hair with a lock of which falls on the forehead. On his face, he has two large scars that are the result of his fight with Sirius when he was in the form of a werewolf and could no longer control himself. Finally, like all witches, he holds his wand in his hand. 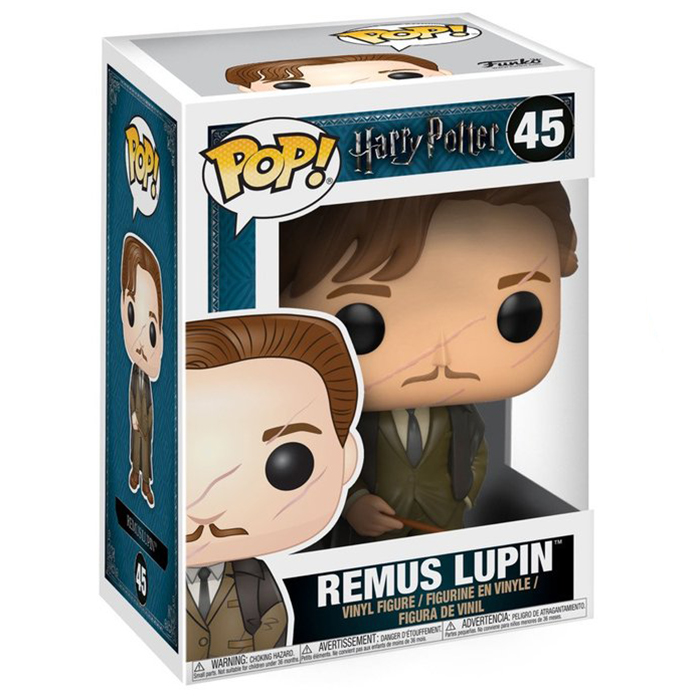