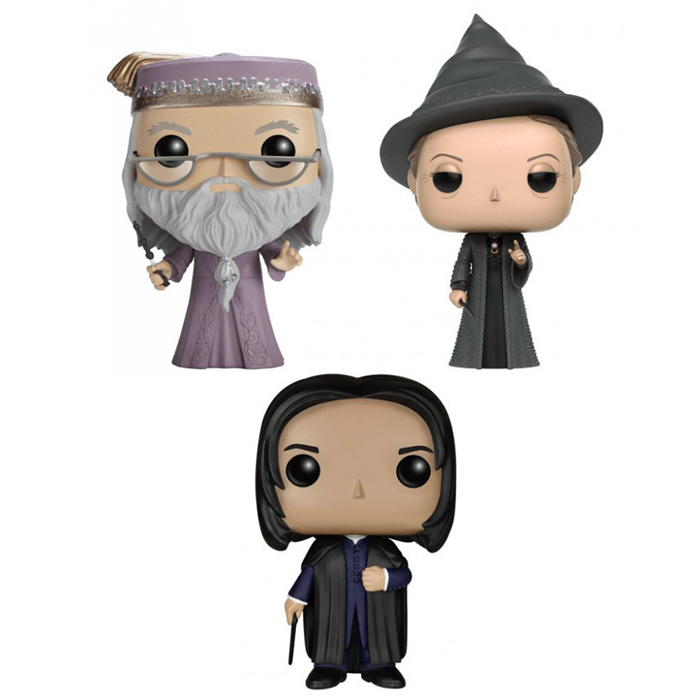 Professors Dumbledore McGonagall and Snape are three of the most important members of the teaching staff at the famous Hogwarts School of Witchcraft and Wizardry in the Harry Potter film and literary saga. Professor Dumbledore is the Director of Hogwarts. Formerly head of the House of Gryffindor, Professor Dumbledore is considered one of the most powerful wizards in the world. In particular, he was head of the Order of the Phoenix, which had fought actively during the short period when Voldemort took power. Professor McGonagall is the current head of the House of Gryffindor and co-director of Professor Dumbledore. She is also the professor of charms and is an animagus with the ability to transform herself into a black and grey tiger cat at will. She is a stern but fair teacher who quickly became attached to Harry Potter, whom she saw being dropped off at her aunt and uncle’s house after her parents died when he was only a year old. Finally, Professor Snape is one of the most ambiguous characters in the saga. He is the head of the House of Slytherin and is a professor of potions although he covets the position of professor of defense against the forces of evil. From the beginning, he seems to hate Harry for unclear reasons, but later it will be learned that he was friends and then in love with his mother before she fell in love with Harry’s father. And the latter being very much like his father, that explains his bitterness. Snape sided with Voldemort for a while, but he changed sides when Voldemort ordered Harry’s mother killed and has been doing everything he can to help fight Voldemort ever since. 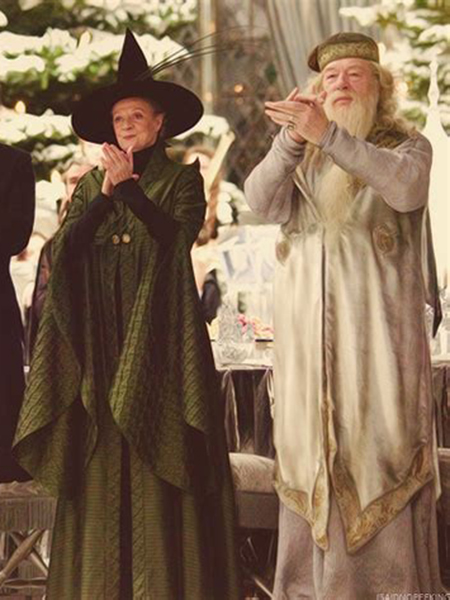 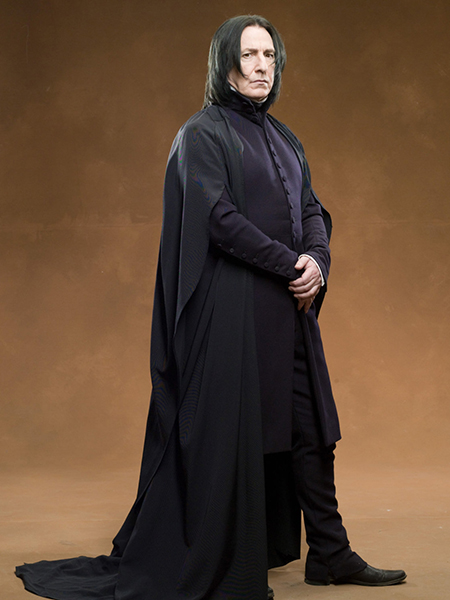 For this exclusive 3-pack, Funko represented the three most important teachers at Hogwarts by using the three figurines already released for these three characters. Dumbledore is represented with the purple outfit we see him wearing in the third opus of the saga, a long wizard’s robe embroidered in slightly less vivid colors than what we saw him wearing in the first two films. We also find his funny little hat, his half-moon glasses and of course his long white beard matching his hair. Professor McGonagall is wearing her long green witch’s robe worn over a black dress that is just as wise and classic. She holds her wand in her right hand and wears a simple jewel around her neck. Finally, she wears a green pointed hat to match her outfit. Finally, Professor Snape wears a dark blue, almost black suit and an elegantly cut witch’s robe with a second cape at the new shoulders and holes allowing her to pass her arms at the sides. At the level of the head, we find of course his medium-long black hair falling down the sides of his face. 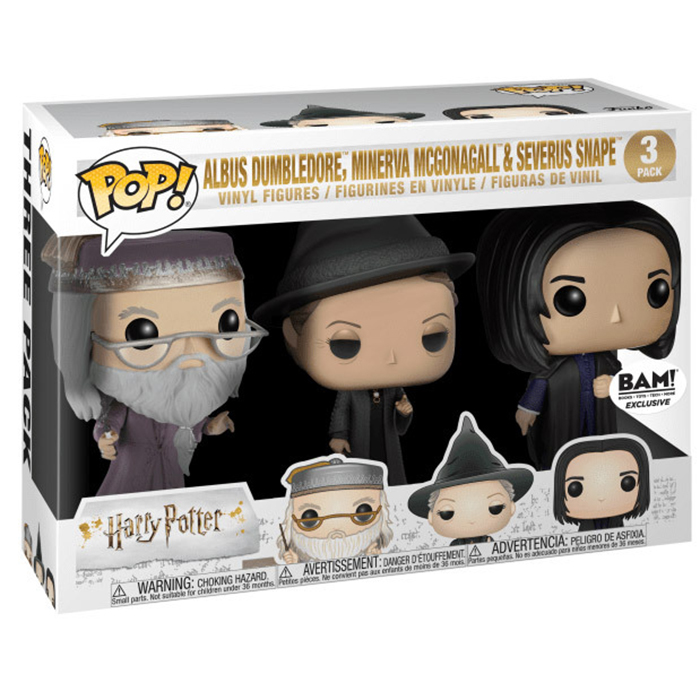