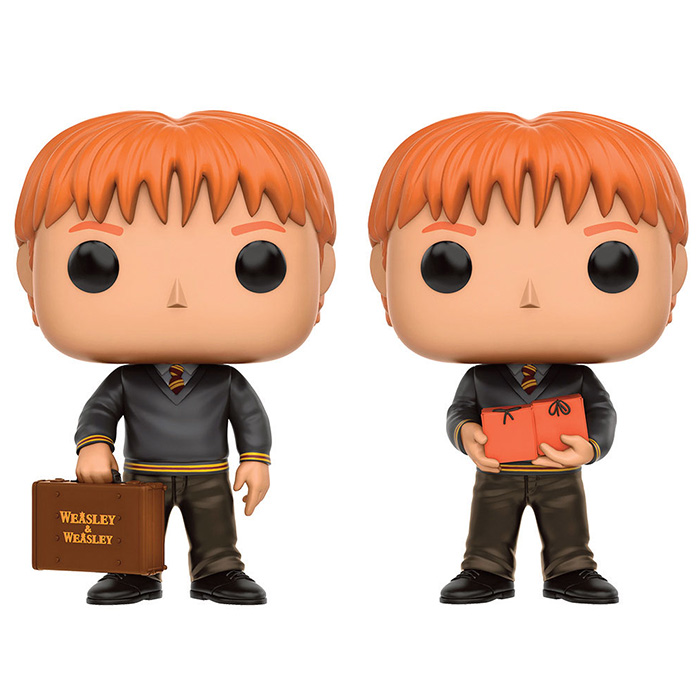 Fred and George are probably the most popular twins in children’s literature and fantasy cinema. In the Harry Potter saga, they are the children in the middle of the very large Weasley family of sorcerers. We meet them from the very first book and film when Harry befriends their younger brother Ron, who is also in his first year at Hogwarts School of Witchcraft and Wizardry. Like Harry they are part of the Gryffindor Quidditch team but as drummers. They are hardly ever seen apart and often talk as they finish each other’s sentences. They are also famous for the legendary pranks they manage to pull off at school, so much so that they finally decide to leave school before their senior year to open a prank shop that will prove to be very popular. Like the rest of the Weasley family, they will participate in the battle of Hogwarts and Fred will not survive, leaving his brother forever broken. 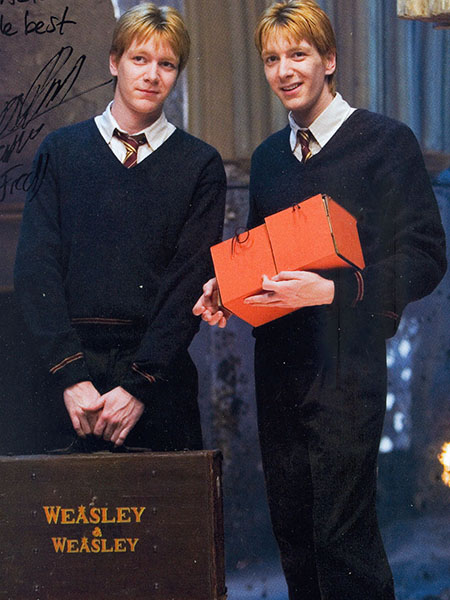 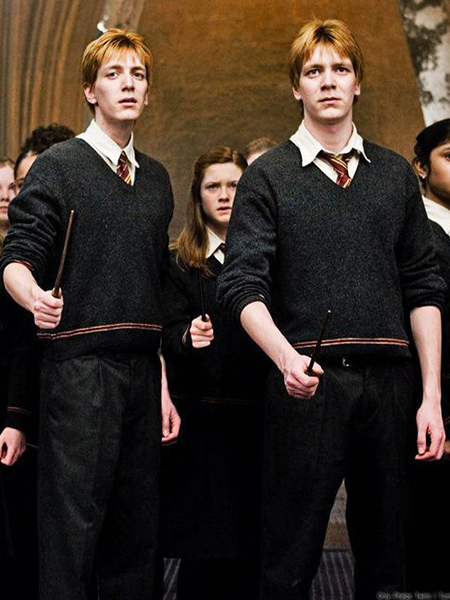 Throughout the time we see them during the saga, Fred and George cultivate their resemblance as much as possible. They always have the same haircut and the same clothes. So logically, this is how they were represented for these two figurines here grouped in a nice pack. They are represented here during the fifth opus of the saga with their Hogwarts uniform: brown trousers, a shirt and a tie and sweater in the colours of Gryffindor. Their faces are simple on the head, but their short, characteristic red hair can be seen. Finally, in this film, the twins started their business in a rather informal way and therefore often walk around with a briefcase full of their stuffing products and catch. So it’s Fred who is shown with it while George is holding a box probably full of Halloween candy. 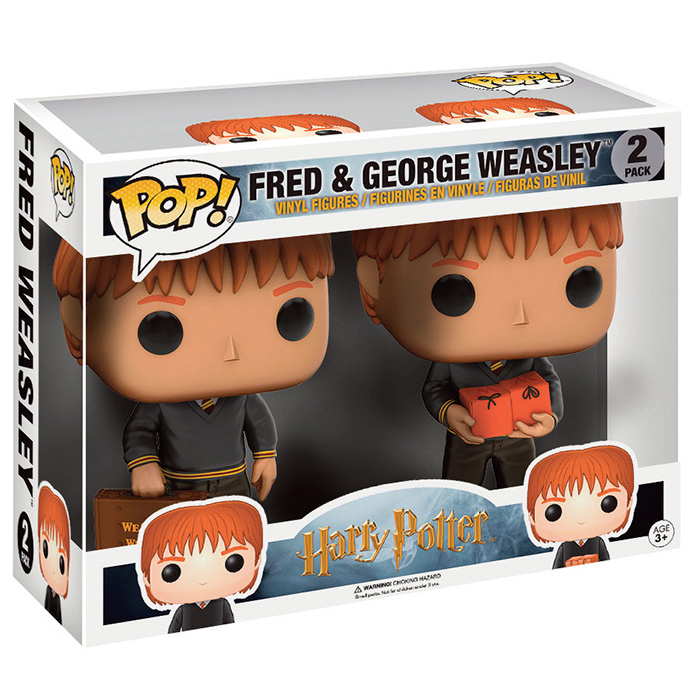