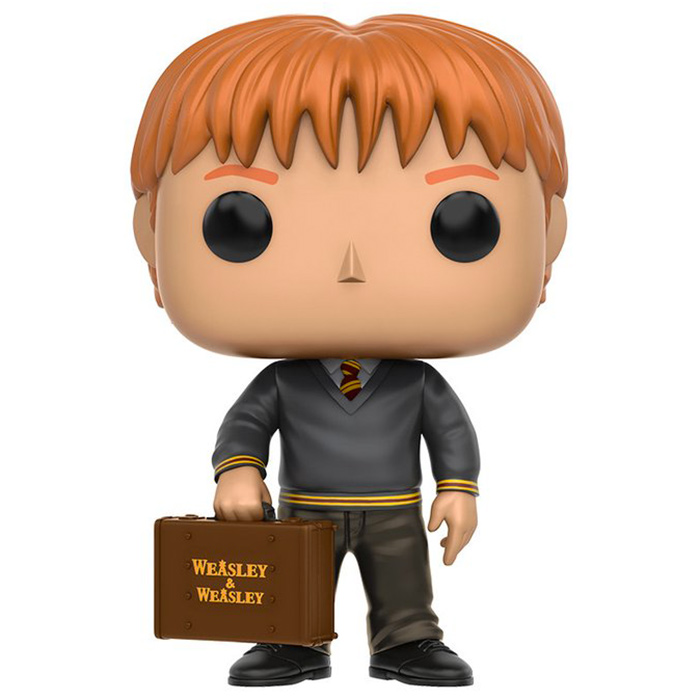 One half of the duo

Fred Weasley is an important character in the Harry Potter literary and film saga. It tells the story of a young English boy who discovers on his eleventh birthday that he is a sorcerer, as were both his parents. Indeed, having lived with his aunt since the death of his parents when he was only one year old, he knew nothing of his origins. So the half-giant Hagrid who tells him the news will take him to Hogwarts, the school of magic where he has just been accepted. On the way, he will learn that they did not die in a car accident, but were killed by one of the most terrible sorcerers of all time protecting him. And unfortunately, he will soon realize that he is not as dead as everyone thought. When he arrives at Hogwarts, he will soon become friends with Hermione Granger and Ron Weasley. Ron Weasley has a very large family, and they will soon adopt Harry as well. Among them are the twins Fred and George, a year older than Ron. They are particularly close and have a lot of fun with their twins. In the fifth novel and film, while they are in their penultimate year, they decide to leave school early by making a very big joke during the exams to protest against Professor Umbridge of the Ministry who imposes particularly unfair rules. In the next episode, they opened a very popular joke and catch shop which they had already started to test. Like all members of the Weasley family, they will participate in the battle of Hogwarts in the final episode and Fred will come to a tragic end. 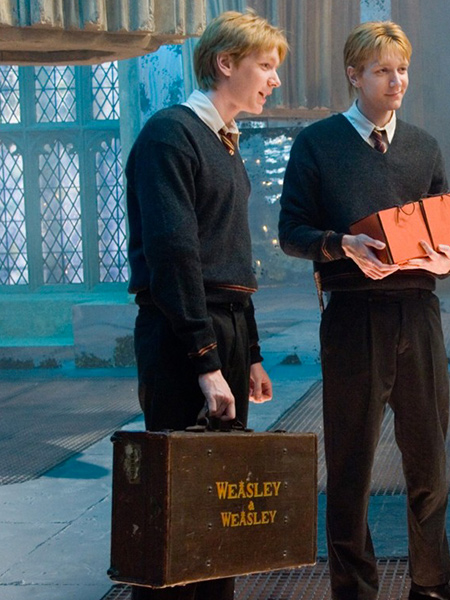 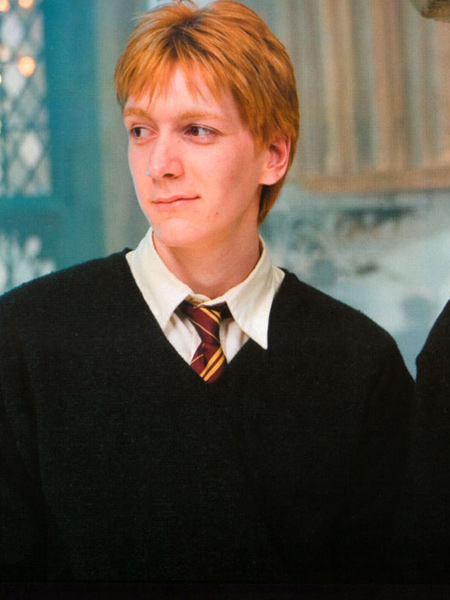 The twins’ senior year at school

On this figure, Fred is still represented with his Hogwarts uniform, consisting of dark grey trousers, black shoes and a sweater worn over a white shirt and tie in the colours of the house of Gryffindor. The bottom of the sweater and its sleeves are also in Gryffindor’s colours, as is usually the case for all students in each house. In his right hand he holds a leather briefcase with the inscriptions Weasley & Weasley in gold. We can therefore deduce that Fred is represented during his last year at school when he and his brother have already started to develop the outfits and gadgets they will later sell in their shop. As far as the head is concerned, it is relatively simple. Just his relatively short red hair and the matching eyebrows that are the Weasley’s “trademark”. 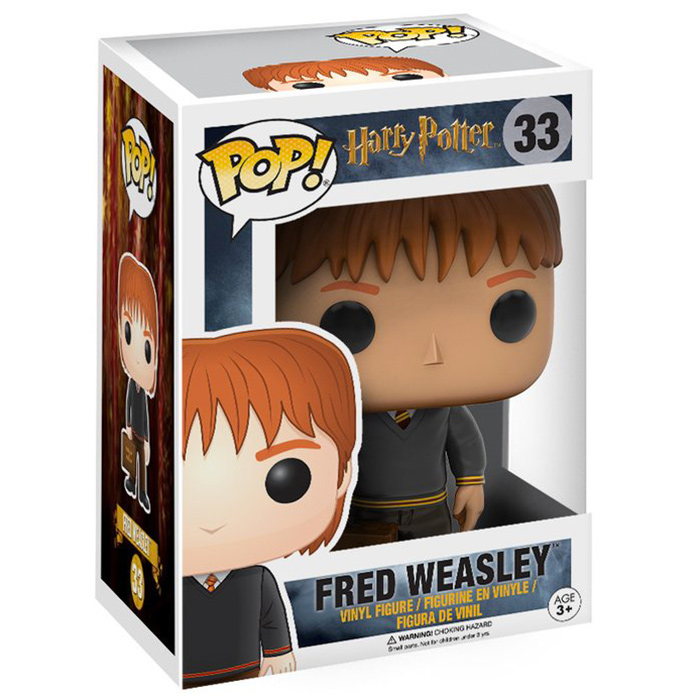