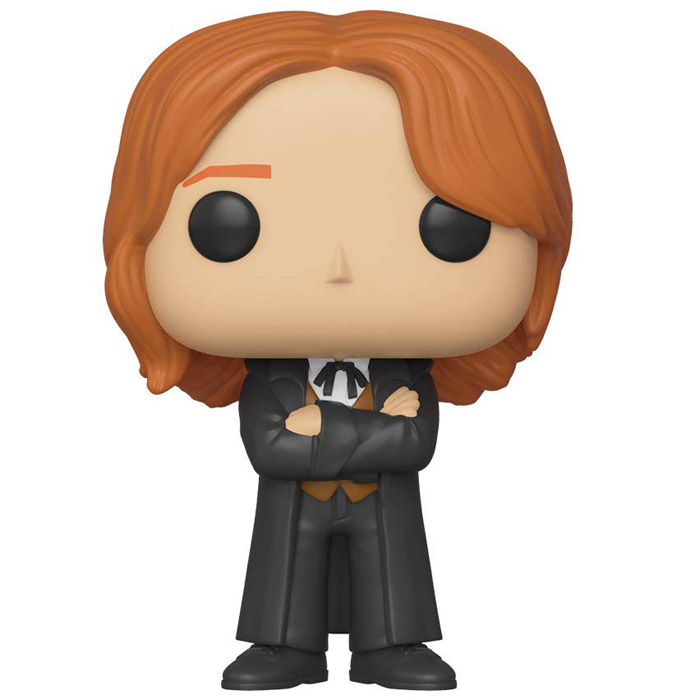 Half of the duo

Fred Weasley is one of the most famous twins in the world of wizards in the Harry Potter saga. He and George are identical twins and the middle children of the famous Wesley family. They are almost never seen separately and are almost indistinguishable from each other. They are a year older than Ron, the best of Harry Potter and are the siblings Ron is closest to and they are the ones who welcome Harry into the Quidditch team. They have a passion for pranks and tricks and in the fourth opus they will even try to grow old to succeed in putting their name in the goblet of fire to take part in it. The only time Fred was seen to be different from his brother was when the latter took Angelina to the Yule Ball and they had a long relationship afterwards. 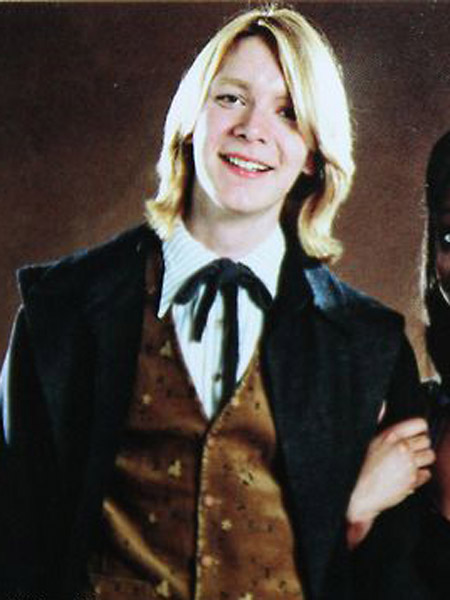 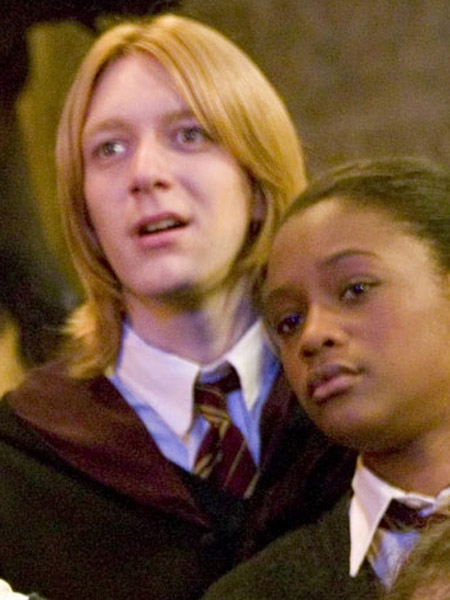 For this new version of Fred Weasley, Funko represented him with the gala outfit he wears for the Yull ball organized in honor of the presence of the other students. He wears an elegant tuxedo with black trousers, a long bow tie and a brown jacket. He also wears a long open wizard’s robe and stands with his arms folded over his chest. He has medium-length red hair on his head and a lock of red hair falls slightly in front of his face. 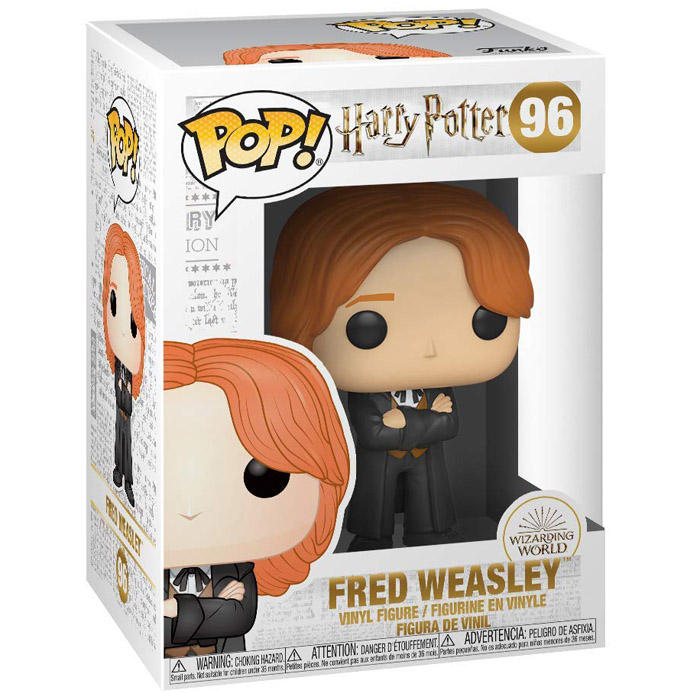