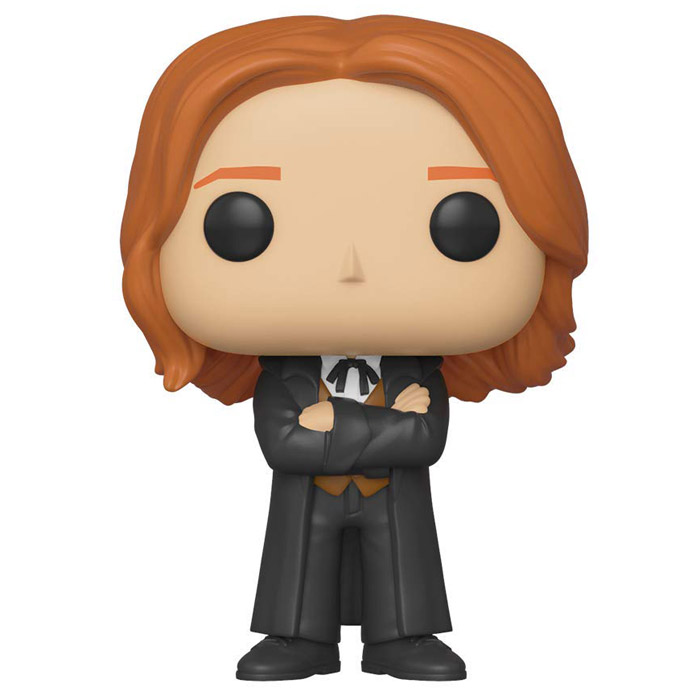 George Weasley is half of the famous twins from one of the most famous wizard families in the Harry Potter literary and film world. He and his brother have always had a passion for jokes and jokes of all kinds, which have often led to them being punished. Like his brother, George is a member of the Quidditch team and, although very mocking, they are both very protective of Ron and Ginny, the youngest members of the family. In the fourth opus, they will try to register for the Three Wizards Tournament, but despite their best efforts, the fire cup will prevent them from doing so. 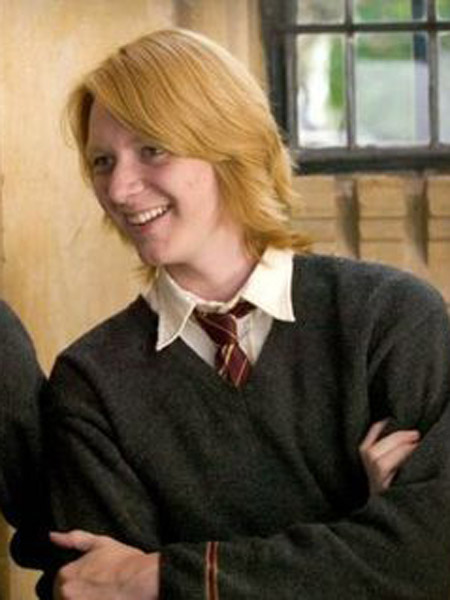 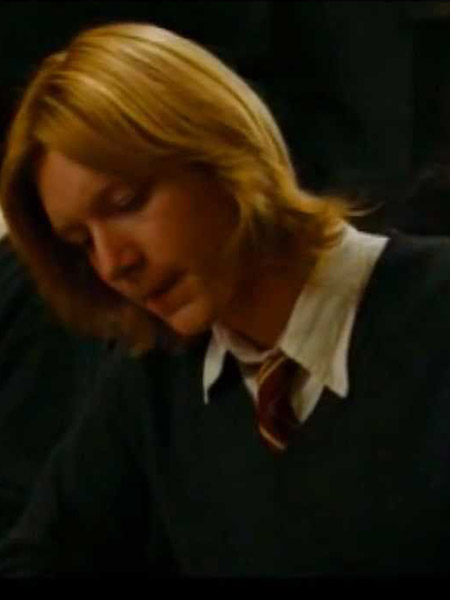 George Weasley is represented here with the festive outfit he wears during the ball given for Yule. He is wearing the same outfit as his brother, a black tuxedo with a brown jacket and a long black wizard’s robe. At head level, his medium-length red hair is styled a little differently from his brother. Finally, he also stands with his arms folded. 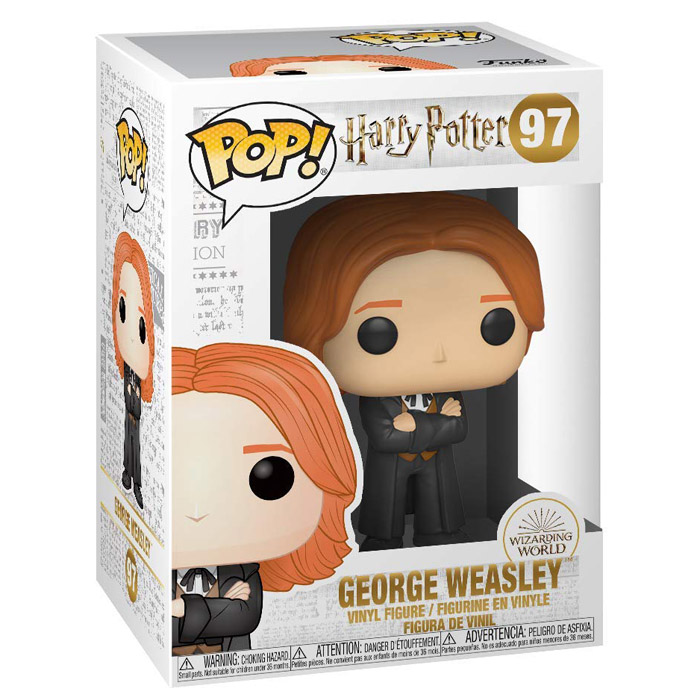