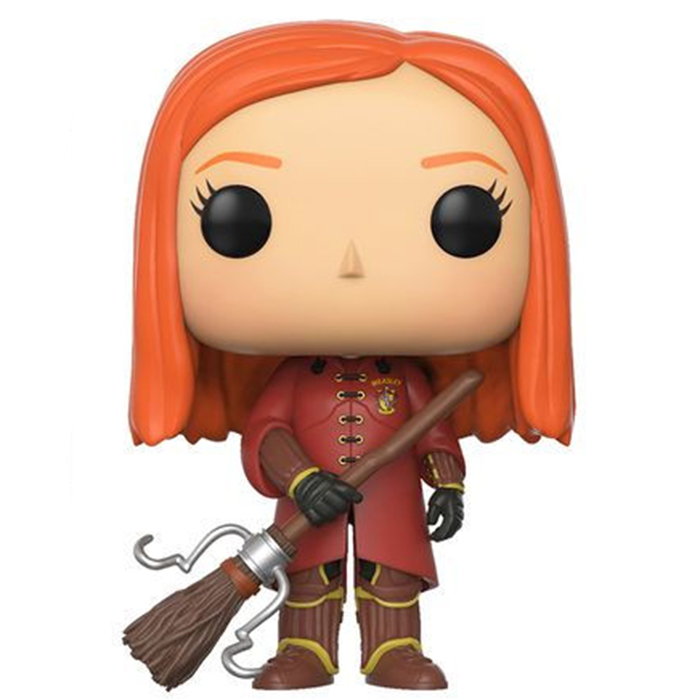 Ginny Weasley is the youngest of the large Weasley family in the famous Harry Potter literary and cinematic saga, the story of the little English orphan who learns overnight that he is a wizard. Ginny is a year younger than her brother Ron, Harry Potter’s best friend, and she won’t really appear in the story until the second movie when Lucius Malfoy slips in the enchanted diary of Tom Riddle aka Voldemort. As the years go by, young Ginny turns out to be more and more brilliant, almost equalling Hermione. A little later, Ginny even joins the quidditch team as a “chaser” and this is partly what will bring her closer to Harry, even if this aspect is rather undeveloped in the films. 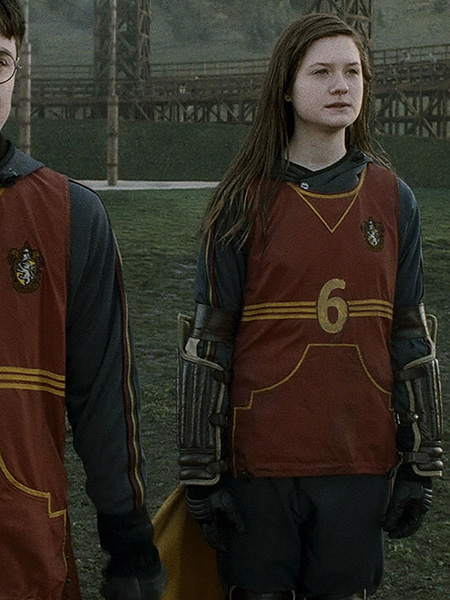 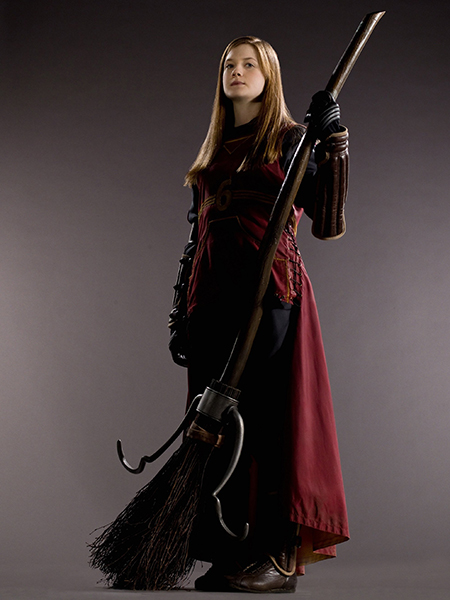 For this figure exclusive to Barnes & Noble stores, Funko decided to represent Ginny with her quidditch outfit and since we don’t see her wearing it before the sixth movie, it is most probably taken from a scene from “Harry Potter and The Half Blood Prince”. She is wearing the complete quidditch outfit with the brown shoes and matching leggings and arm protectors. Then, of course, she wears this sorcerer’s robe in the colors of Gryffindor, which is shorter and therefore adapted to the practice of quidditch. In her right hand, she is holding her broom, whose details are nicely represented. Finally at the level of the head, we recognize her long red hair typical of the Weasley. 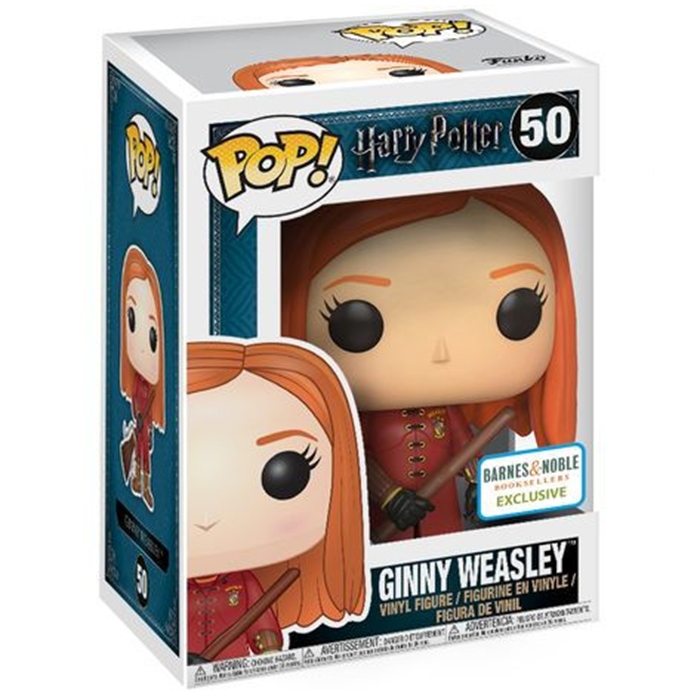