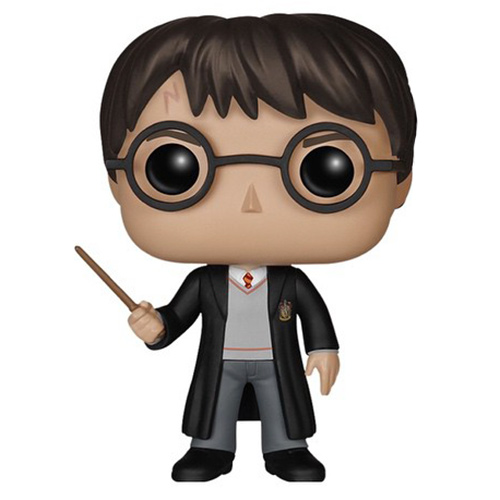 The one who survived

Harry Potter is the hero of the literary saga Harry Potter by J.K. Rowling and the films that are the adaptation of it. In 7 books and 8 films, Harry Potter tells the story of a young boy, Harry, who discovers on his 11th birthday that he is a wizard. Indeed, since the death of his parents when he was only one year old, Harry lived with his aunt and uncle. They had always mistreated him, giving him a tiny cupboard under the stairs as his bedroom. But on his 11th birthday, Harry is visited by Hagrid, half man, half giant, who tells him that he is a sorcerer and as such he will have to go to Hogwarts School of Witchcraft and Wizardry. He will then discover a whole new world existing in parallel with ours, while mixing with it sometimes. He will also learn that his parents did not die in a car accident, as he has always been told, but were killed by the terrible sorcerer Voldemort while trying to protect him. This makes Harry very special because not only is he the only one to have survived an attack by Voldemort, but he has also greatly weakened him. Unfortunately, Voldemort did not die and Harry will have to fight him several times until the final battle in the last book. But he will never be alone in his fights, he will always be accompanied by the two faithful friends he makes during his first year at Hogwarts, the very clever Hermione Granger and Ron Weasley. He will also be able to count among his allies certain teachers of the school like Albus Dumbledore and all the family of his friend Ron. What makes Harry Potter such a special saga is that as the readers and characters grew older, the story became darker and more mature. 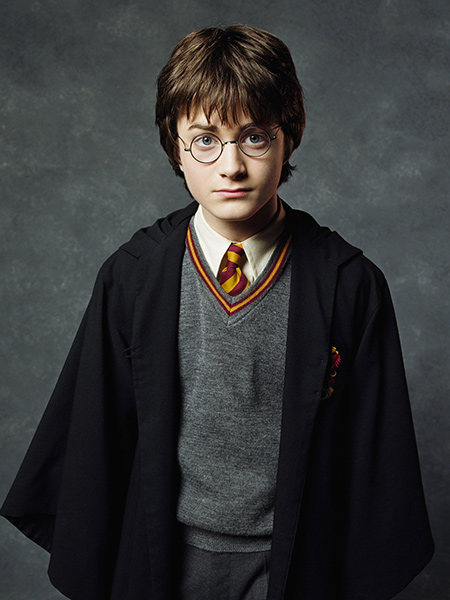 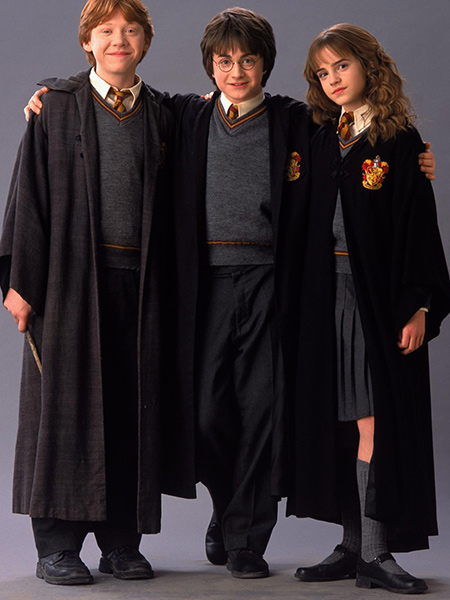 Harry in his early years at Hogwarts

Like all the other characters, except Voldemort, Harry is portrayed in the first film of the saga as an 11-year-old boy. In the first two films, apart from a few scenes at the beginning and the end, the children are only seen in their Hogwarts uniforms, so that is logically how they are portrayed. So we find the classic uniform of an English schoolboy with black trousers and shoes, and a grey sweater under which we can guess a white shirt and tie. Funko has of course not forgotten the long wizard’s robe he wears over it and differentiates him from a classic English schoolboy. On this dress is a crest in the colours of the “house” in which he was placed when he arrived in Hogwarts: Gryffindor. His colours are also present on his sweater and tie. Finally, his face is perfectly recognizable thanks to his haircut but especially thanks to his famous round glasses and the lightning scar left on his forehead by Voldemort. Since we were waiting for the pop! of the Harry Potter saga, we can say that Funko did not disappoint us! 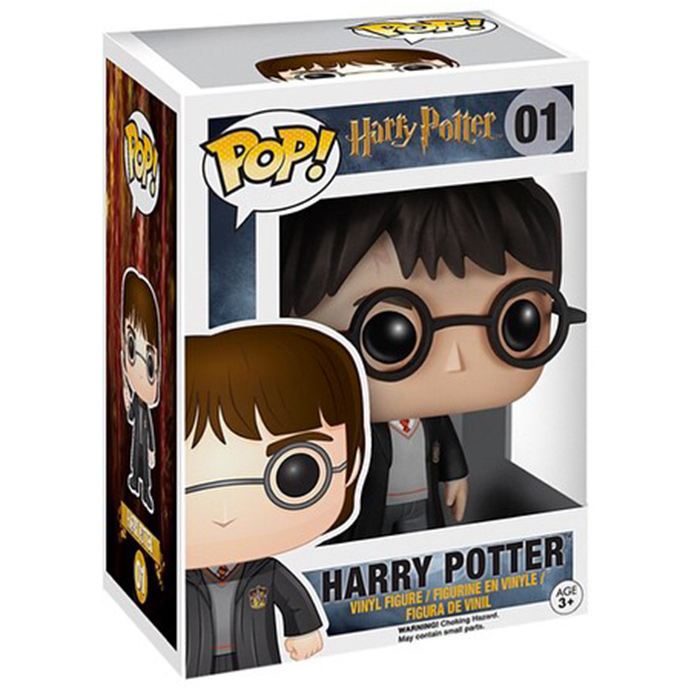 What Are Archived Funko Pop?