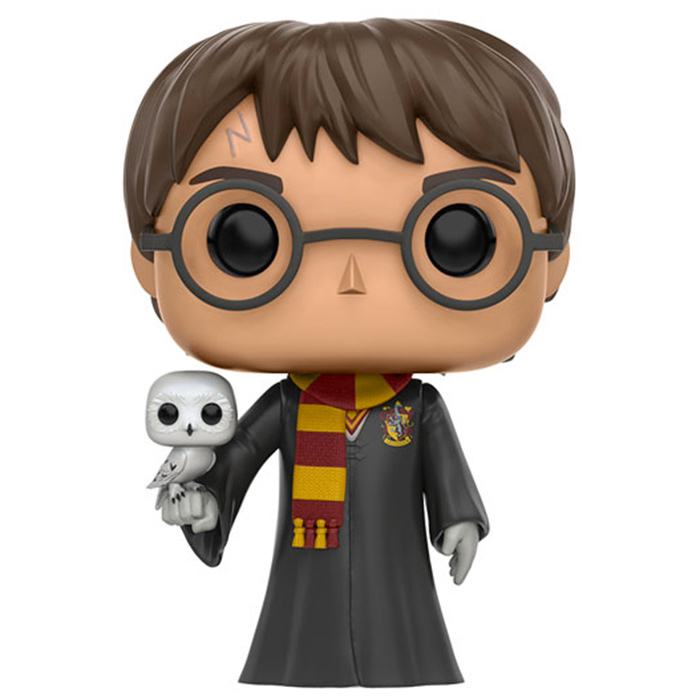 Harry Potter and his first friend

Harry Potter is the famous hero of the literary saga for children as well as its film adaptation. It tells the story of a young English boy of eleven whose life will change when he learns that he is actually a wizard and has been accepted to Hogwarts School of Witchcraft and Wizardry. He will be able to leave the sad life he has led with his aunt and uncle since his parents died when he was just a baby and discover a whole new world. But this world is also a dangerous one because of Voldemort, the sorcerer who killed his parents and is also after Harry. After learning the news of his identity as a wizard, Harry will be guided a little bit by the half-giant Hagrid who will teach him how to navigate in the world of wizards and explain to him where to find everything he needs. On his birthday, Hagrid surprises him by giving him a white owl that Harry will name Hedwig and who will stay by his side until the end of his adventures. 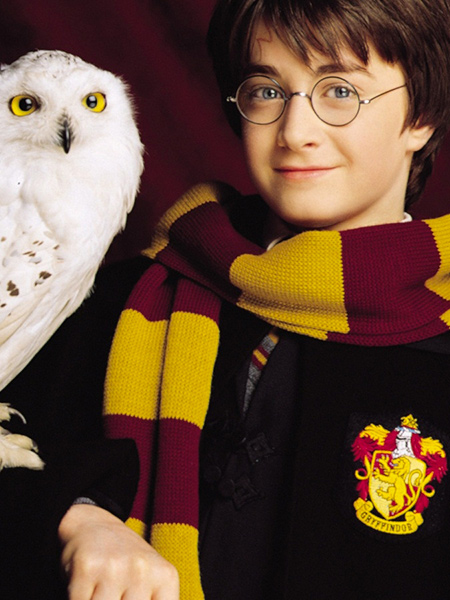 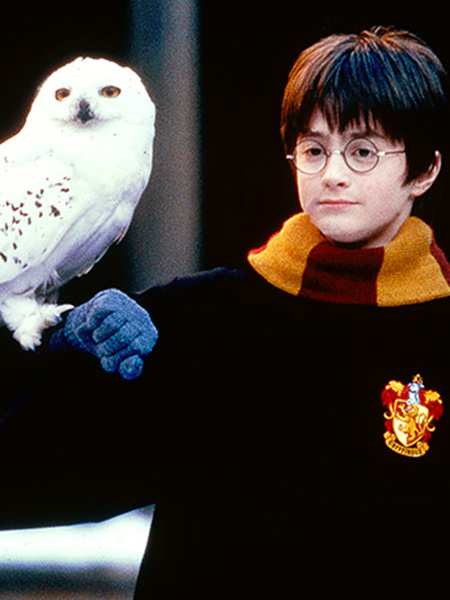 This figurine is exclusive to Hot Topic stores and represents Harry in his early years at Hogwarts. He is wearing his winter wizard’s robe going down very low and completely covering his feet and clothes. In the top left corner is the Hogwarts school crest and under his dress you can guess his sweater in the colours of the house of Gryffindor. With this, he wears the Gryffindor scarf around his neck and its texture is particularly well represented. On the head, of course, we find his famous round glasses, his scar and his characteristic haircut. Finally, on his hand is his owl Hedwig with a disproportionate head to match the usual style of pop figurines. 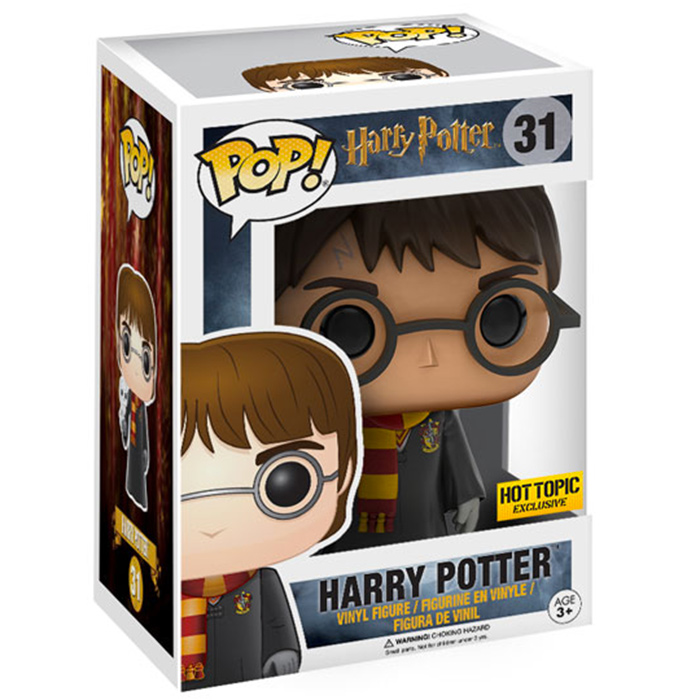