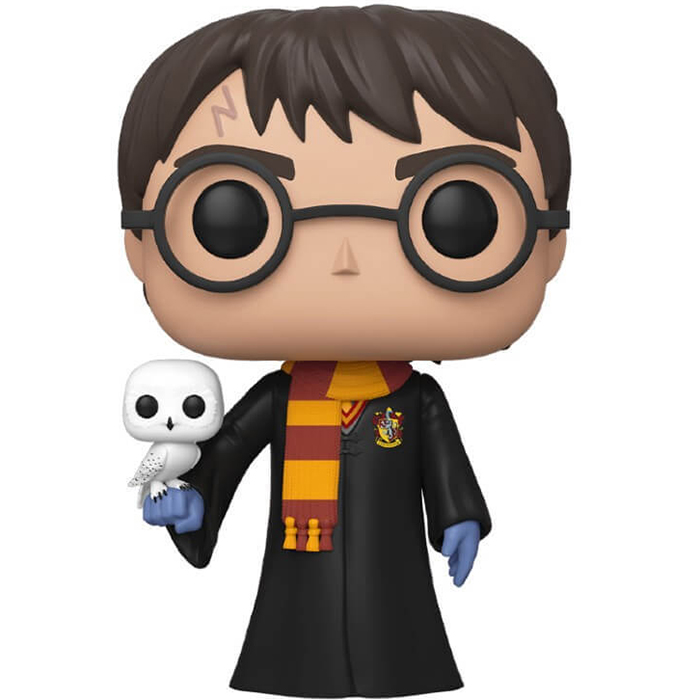 Harry Potter is the hero of the Harry Potter saga. He is a young English orphan boy living with his wicked aunt who learns one day that he is in fact a wizard, like his parents before him, and that he is expected at Hogwarts School of Witchcraft and Wizardry. It is Dumbledore, the headmaster of the school, who sends Hagrid to find Harry and guide him a little into this new world until he arrives at Hogwarts. First, he takes him to the Traverse Road to buy school supplies. In addition to a wand, a cauldron, books and other things, Harry is surprised to receive a pet pet owl for his birthday. Hedwig is a very recognizable owl with its white plumage with some black tips. Harry will of course make human friends at school, but Hedwig will remain his first friend, very loyal and intelligent, always able to find Harry when they are apart. 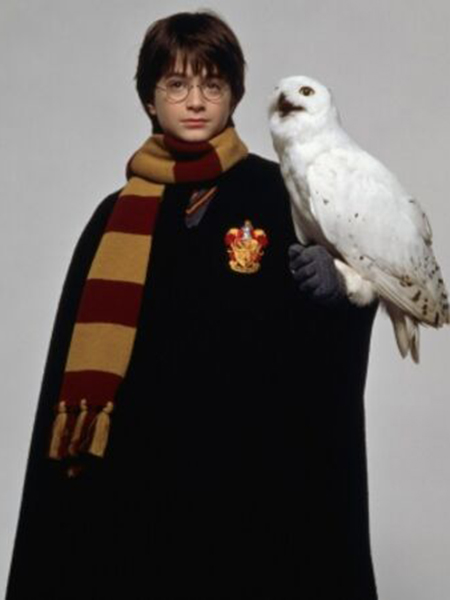 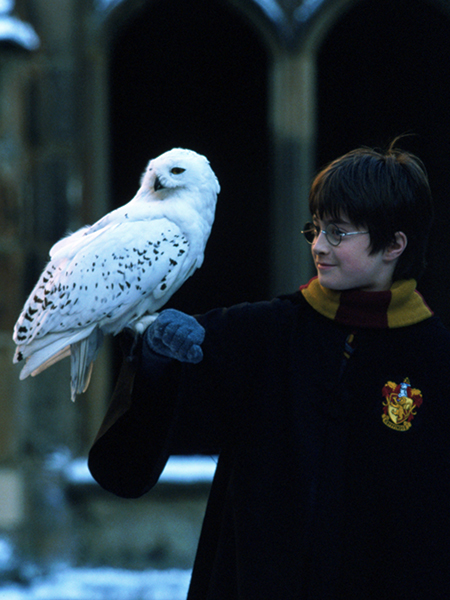 Funko has here represented Harry and Hedwig in a super-sized version of almost 50 cm for a larger and a little more detailed version of the figure of this duo already released during a previous wave. Harry is thus represented during his first year in winter wearing his long black dress in the colors of Hogwarts and a red and gold scarf in the colors of Gryffindor and whose texture is particularly well represented. He is also wearing blue gloves and Hedwig is resting on his right hand with his distinctive owl face and black and white feathers. On his head, Harry always wears his little round glasses, his scar on his forehead, and his hair falling back to his forehead. 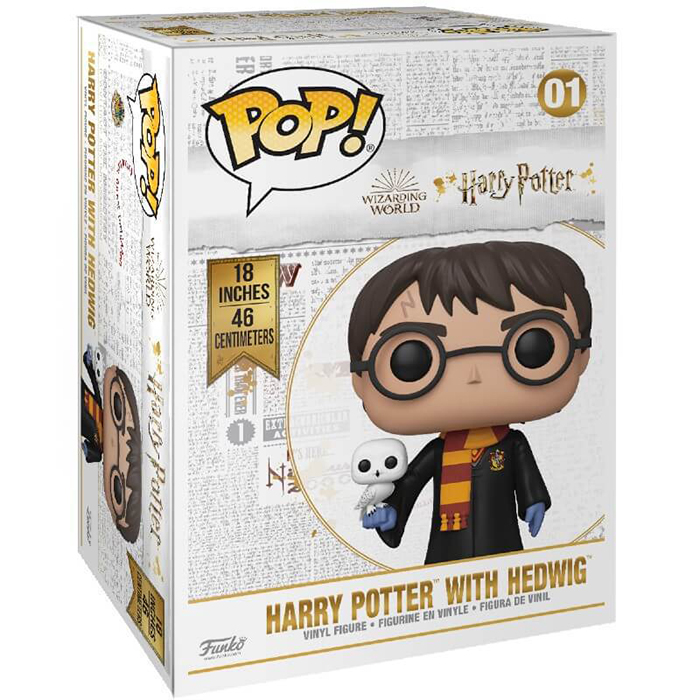