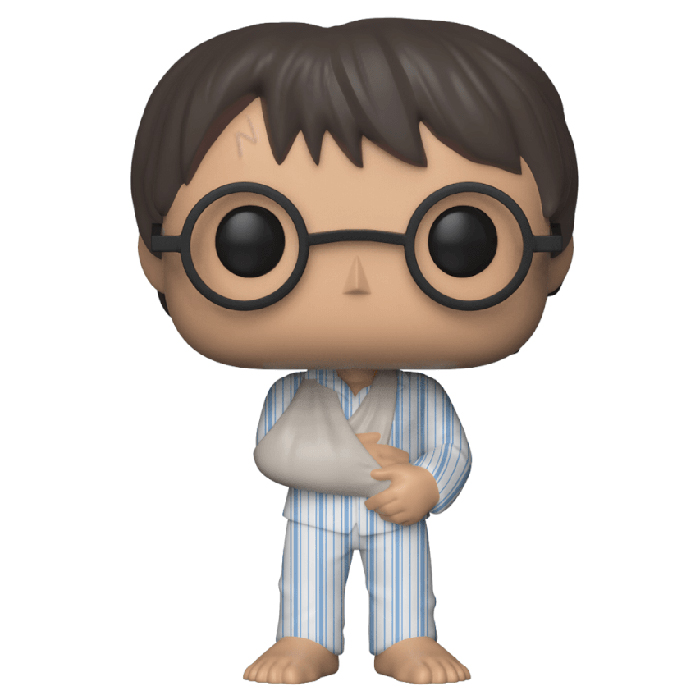 In second year at Hogwarts, Harry Potter, the most famous of the wizards with glasses, has a difficult start to the year. A house elf shows up at his house and drops a cake on his uncle’s client’s head so Harry can be punished so he doesn’t go back to Hogwarts. Then, when he arrives at the station, the passageway to platform 9 3/4 closes before he can get there. Finally, in his first quidditch match of the year, a cognard chases him and he ends up with a broken arm. Professor Lockhart tries to heal him but he only makes his bone disappear instead of repairing it. When Harry ends up in the infirmary, he is again visited by the elf Dobby. The elf tells him that he is the cause of all his worries but that he is doing it to protect him because terrible dangers await him this year. 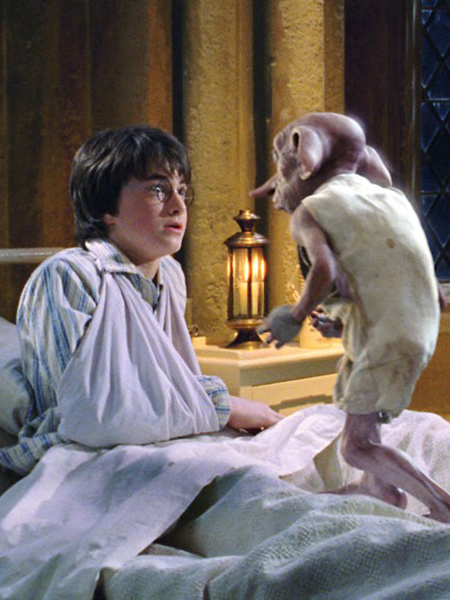 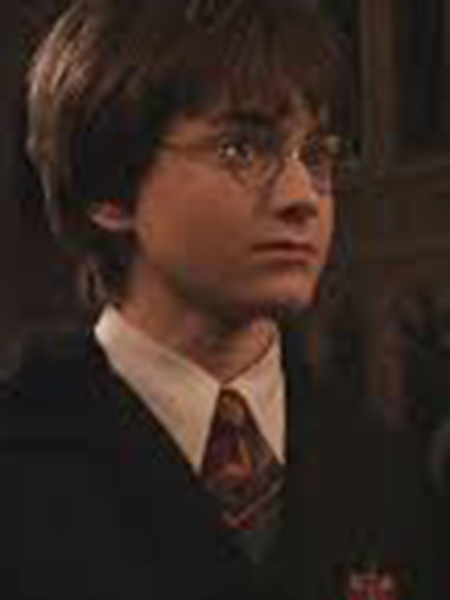 For this new version of Harry, Funko represented Harry in the pajamas he wears to the infirmary when the bone in his arm has to grow back. It’s a classic pajama with pants and a top with buttons, white and blue striped. His arm is in a white fabric with a shoulder strap and the other one holds him on the other side. Finally, as always, Harry wears his usual round glasses and has his famous little scar and brown hair. 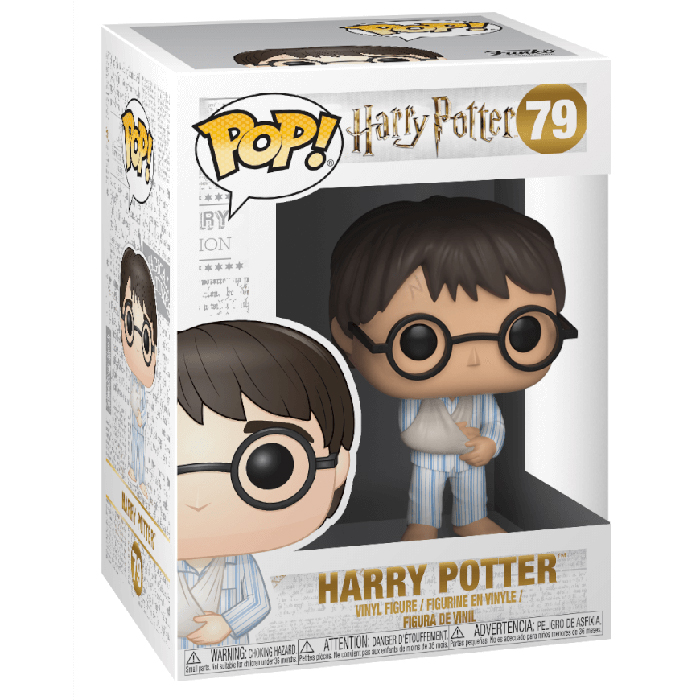