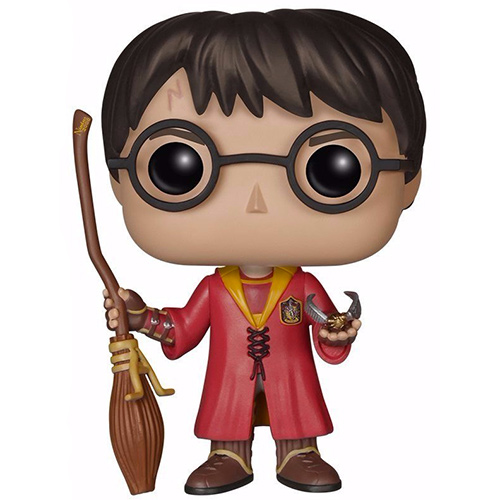 The youngest seeker in over a century…

Harry Potter is the main character in the Harry Potter children’s novels and the films that are adaptations of them. It tells the story of a young English boy who has been living with his aunt and uncle since his parents died when he was just one year old. His parents treat him very badly but this will soon change when he learns, on his eleventh birthday, that he is a wizard. He will then enter Hogwarts School of Witchcraft and Wizardry and discover a whole new world of magic. But he will also learn that his parents did not die in a car accident, but were killed protecting him from Voldemort, the most terrible wizard of all time, who had decided to eliminate all non pure-blooded wizards. It won’t be long before he finds out that Voldemort isn’t as dead as everyone thinks. But in the meantime, Harry is looking forward to his new life at Hogwarts, making new friends and discovering that he has a talent for broom flying and Quidditch, the official sport of wizards. He’s even so talented that he’s recruited as a “seeker” to the Gryffindor team in his first year, the same position his father held when he was at Hogwarts. 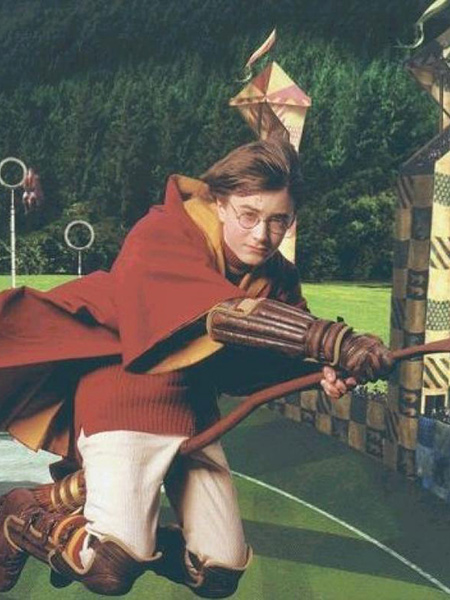 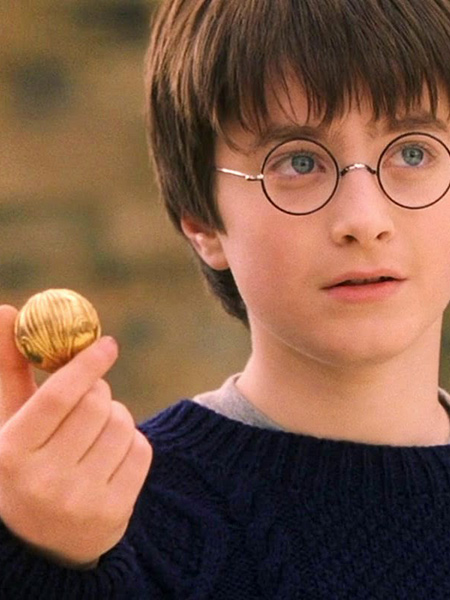 Harry and his red and gold outfit

Harry is shown here with the outfit he has to wear when he participates in a Quidditch game. It is in fact a classic wizard’s outfit but adapted to the practice of this sport which can be brutal. So he wears his wizard’s robe in the red and gold colours of Gryffindor. The details of the lace attaching his robe or the Hogwarts crest are beautifully represented. He also wears brown leather shoes with reinforced leather and matching wrist guards. His early film haircut and his famous round glasses, and of course the lightning scar left by his encounter with Voldemort as a child, can be seen on his head. In his right hand, he holds his wizard’s broom, the famous Nimbus 2000 offered by Professor McGonagall, and in his left hand, he holds the golden pin, the very small ball that the “seeker” must retrieve to finish the match and score 150 points for his team. 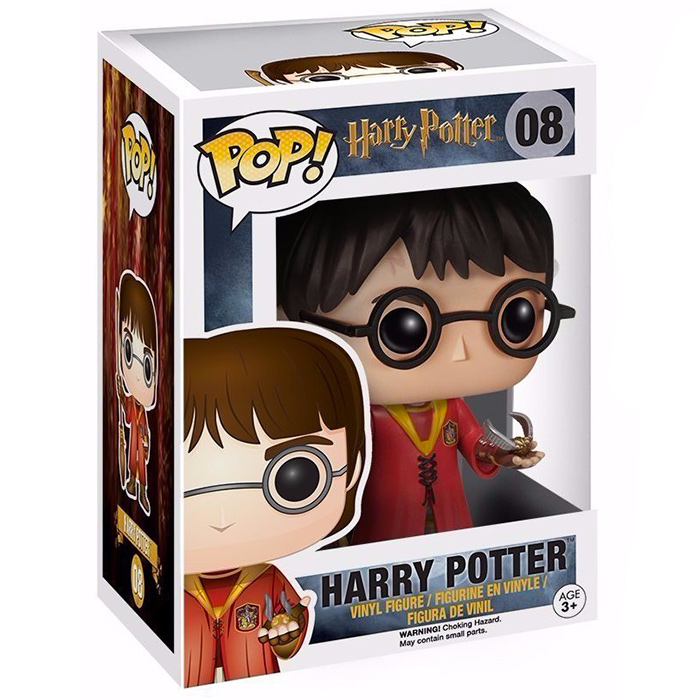