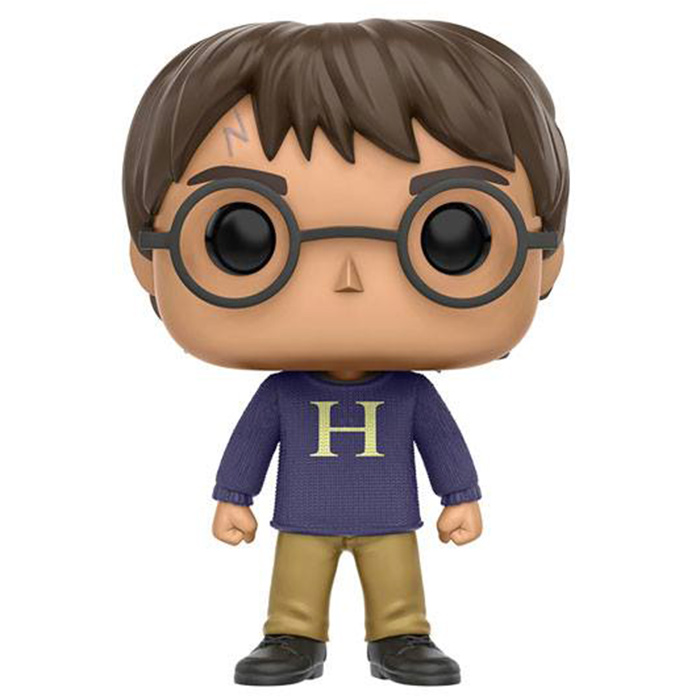 Harry is welcomed by the Weasleys

Harry Potter is the young hero of the famous literary and cinematographic saga Harry Potter. It tells the adventures of an English boy who discovers that he is a wizard on the day of his eleventh birthday. As he learns to live in a whole new world when he arrives at Hogwarts School of Witchcraft and Wizardry, he will also discover that his parents died protecting him from the attack of Voldemort, one of the most terrible wizards of all time. Voldemort’s mission was to rid the wizard world of all those who are not pure blood, and it will soon become clear that he is not as dead as the world thought. But luckily, Harry will also make some loyal friends when he arrives at school. Among them is Ron, the second last of a very large family, all of whom have been witches for generations. Since Harry’s guardians (his uncle and aunt) hate him, Harry will soon be “adopted” by his friend’s warm loving family. On their first Christmas, they stay at school and Harry is surprised to see that for the first time there is also a gift for him from Ron’s parents. 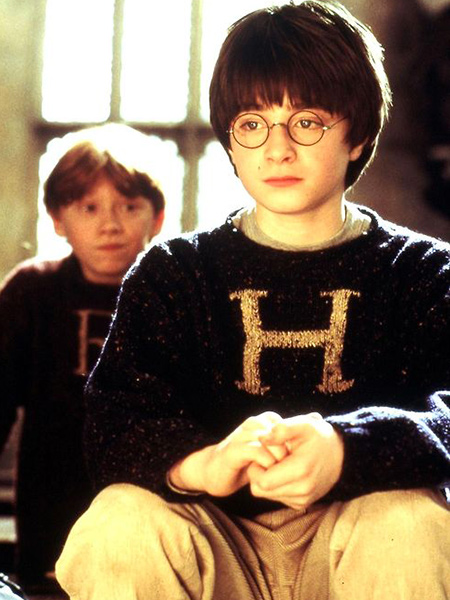 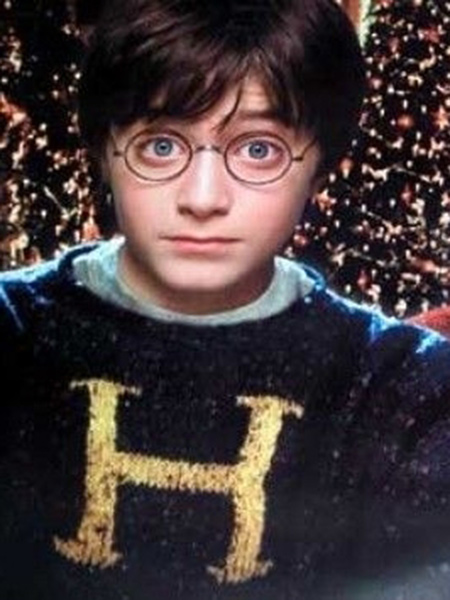 Harry and his Weasley jumper.

This figurine is one of the most recent versions of the Harry Potter character and an exclusive for Hot Topic but it actually represents him during the first movie. During his first Christmas that he spends at school with Ron, he receives a gift from Molly Weasley, who doesn’t even know him at that time. So he wears the famous blue knitted sweater with a big yellow H on the front. The texture details are particularly well rendered on this sweater and that’s what makes this figurine so successful. On top of that, he wears beige pants with black shoes. At the head level, we can of course find all the usual details: his brown hair always a bit tousled, as well as his famous scar and his characteristic round glasses. 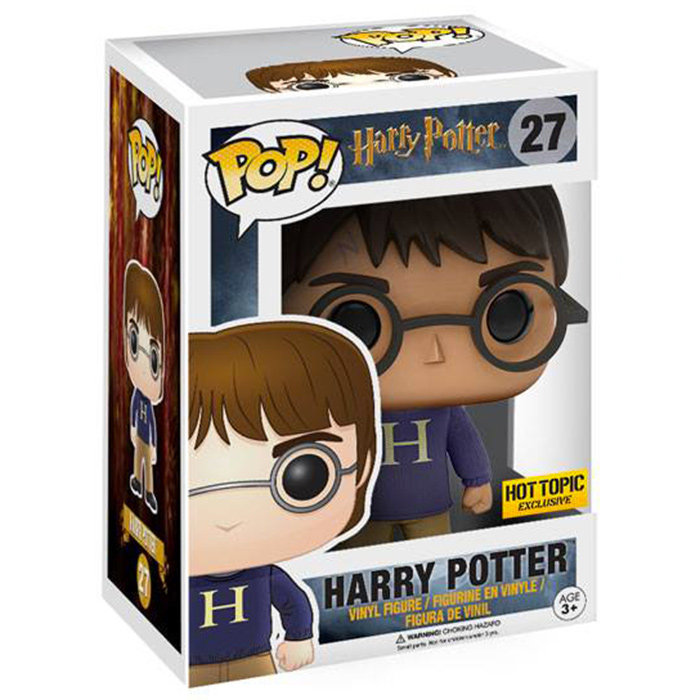