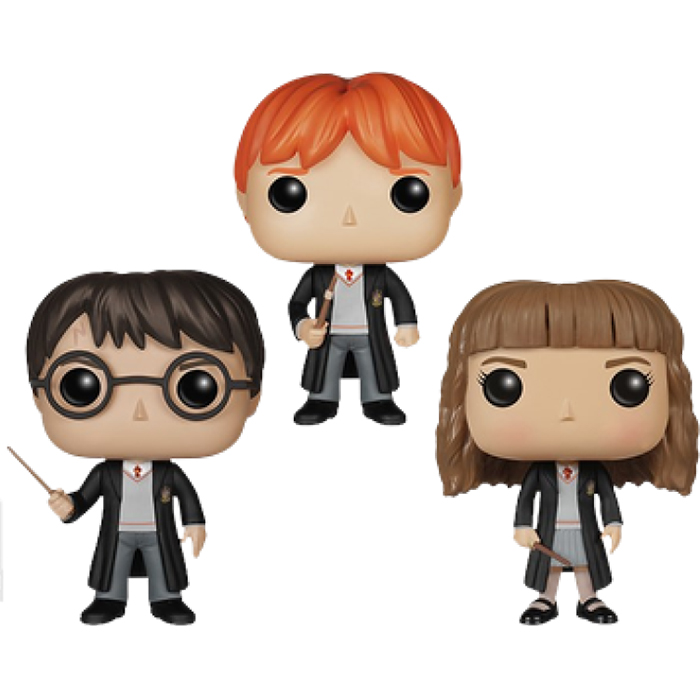 Harry, Ron and Hermione are the main characters in the Harry Potter literary and film saga. At the beginning of the story Harry Potter is a young English orphan raised by his wicked aunt following the death of his parents when he was only one year old. On his eleventh birthday, he learns that he is in fact a wizard, like his parents were, and he leaves for Hogwarts, the school of magic in the Highlands of Scotland. On the train, he meets Ron Weasley, the second youngest of a very large family of wizards, and they quickly become friends. While they are both placed in the Gryffindor house, they quickly meet Hermione Granger. Hermione Granger’s know-it-all side annoys them a little at first, but eventually the three of them become very close friends. And as Harry discovers that the world of wizards is not only a world of wonder but also a world of danger, they will be able to count on each other to survive and help each other. 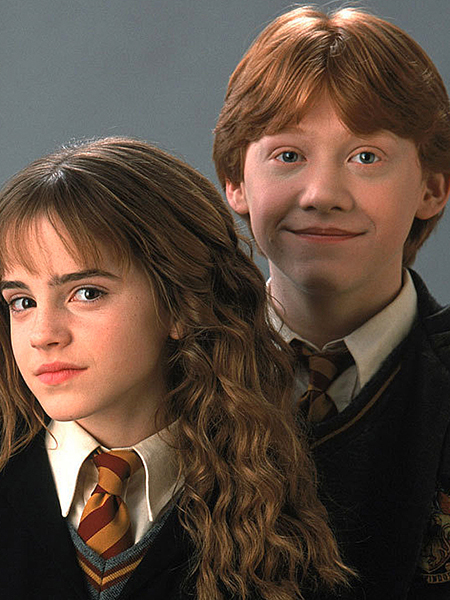 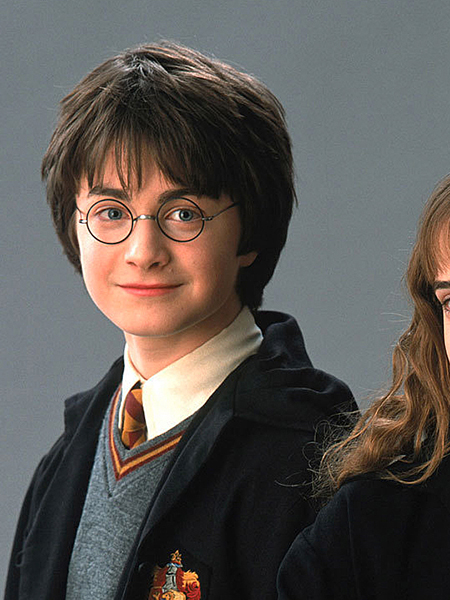 This pack includes the first three figures released from each of the characters in the first wave of Harry Potter action figures. All three are represented with their Hogwarts uniforms and at the very beginning of the saga, during the first or second movie at the latest. Ron and Harry’s clothes are exactly the same: dark grey trousers with black shoes, a light grey sweater and a red and yellow tie in the colours of Gryffindor and of course a long black wizard’s robe. Harry holds his wand and at the level of his head we find his little lightning scar and his little round glasses. Ron is well recognizable with his red hair and his wand rescued after his accident at the beginning of the second film. Finally, Hermione wears the same wizard’s dress over the same sweater and tie in the colors of Gryffindor but she wears a pleated skirt as well as small black shoes and high socks with them. She also holds her wand in her hand and is recognizable by her thick brown hair. 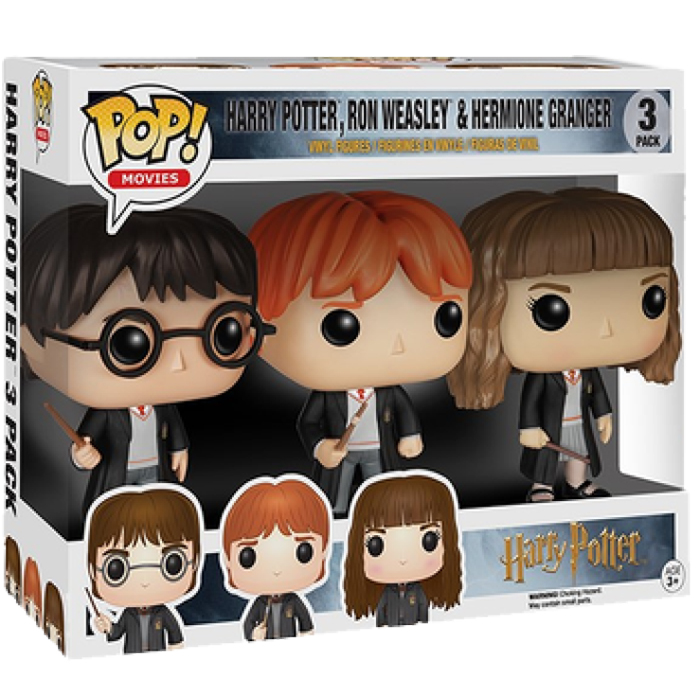