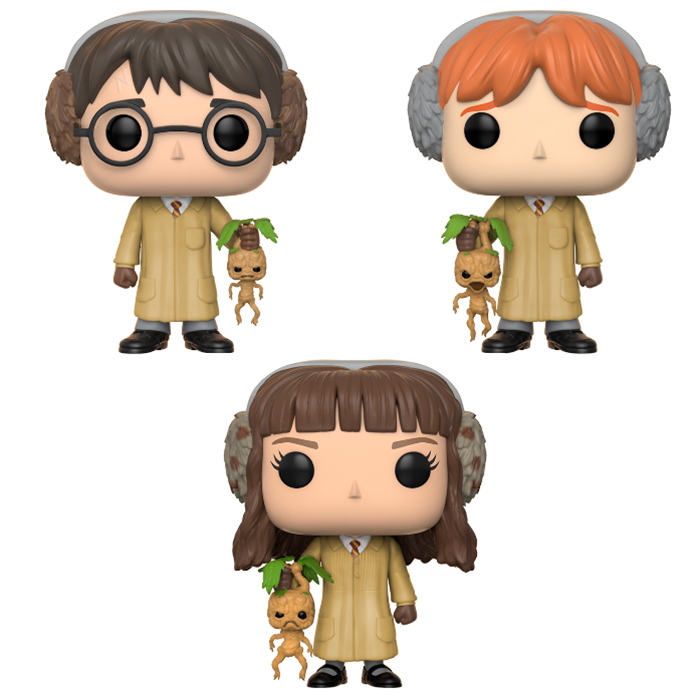 Harry, Ron and Hermione are the heroes of the Harry Potter novels and films telling the stories of this young English orphan who discovers, on his eleventh birthday, that he is a wizard and that he will therefore start his schooling at Hogwarts School of Witchcraft and Wizardry. But beyond the magic and the discovery of a new world, Harry will realize from the very first year that there are many dangers too. Especially Voldemort, the sorcerer who killed his parents, who isn’t really as dead as everyone says. Luckily, he has Ron, a faithful friend from a long line of witches, and Hermione, a brilliant witch from a Moldovan family, by his side. In second grade, the three friends are confronted with the mystery of the Chamber of Secrets. It is said to have been built by one of the school’s creators, Salazar Slytherin, who, thinking that the school should be reserved for pure-blooded sorcerers only, had locked up a terrible beast that could be unleashed on the castle the day his descendant returned to the school. The three children will then of course decide to investigate, believing that the descendant is their enemy, young Draco Malfoy, but soon realizing that it is quite complicated. 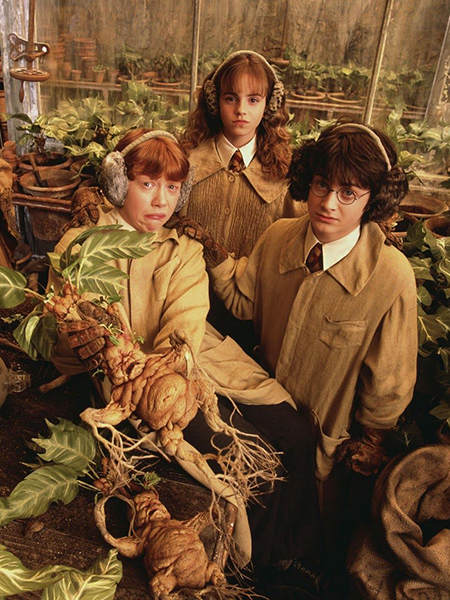 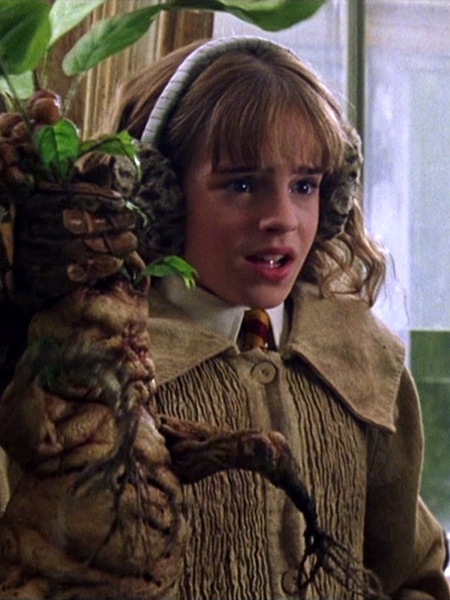 In the second year, the three children will take a course in mandrake herbology, which will prove very useful later on. It is thus during this course that the three children were represented on this exclusive 3 pack. On top of their usual uniform, they all wear a long beige protective dress and a helmet to protect their ears from the creature’s shrill screams. While Harry and Ron don’t seem reassured by the strange creature, which is both vegetal and a bit animal, Hermione seems more determined. Ron’s seems to be shouting, while Harry and Hermione’s seems only very unhappy. Finally, we find the characteristic features of each character: Harry with his scar on his forehead and his round glasses, Ron with his red hair and Hermione with her thick curly hair and her bangs. 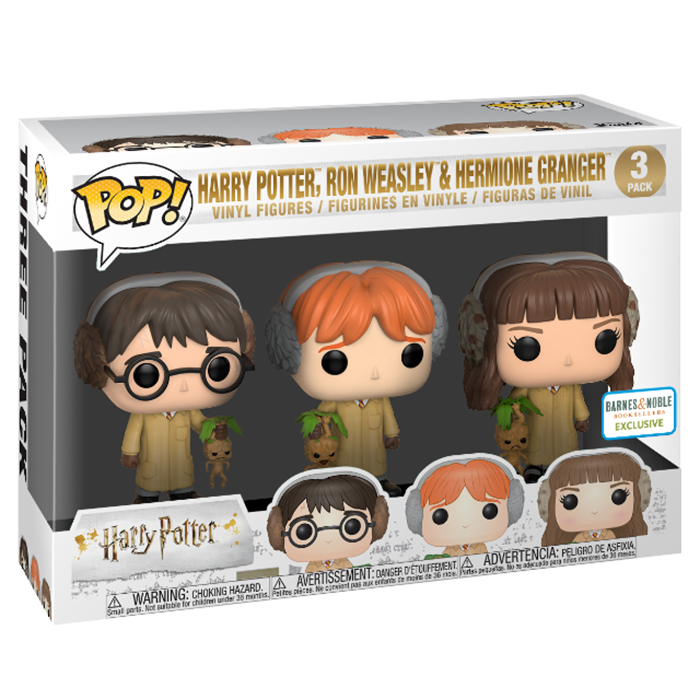