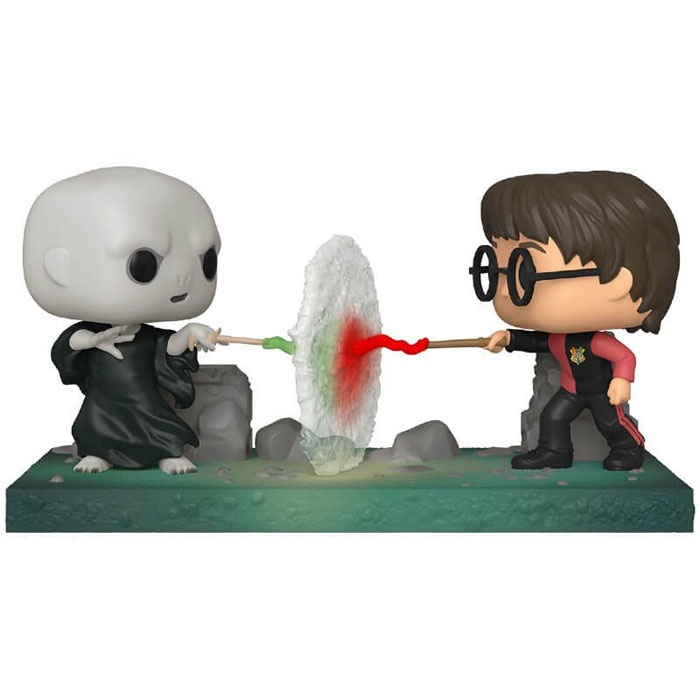 Harry is the hero of the Harry Potter movies and books and Voldemort is the ultimate villain. Harry is a young orphan boy who lives at first with his uncle and aunt who don’t like him very much. On his eleventh birthday, he learns that he is in fact a wizard and that he is going to enter the Hogwarts School of Witchcraft and Wizardry in the Scottish Highlands. He will also learn that his parents were like him sorcerers and that they were murdered by Voldemort, a wizard with a dark plan to “rid” the world of all non-pure-blooded sorcerers. During his first few years at Hogwarts, he will learn the basics and history of magic, make close friends and learn a little more about himself and his family history. But Voldemort’s shadow is never far away. And indeed, thanks to his last faithful followers, Voldemort, who survived in a degraded form, will be able to come back to life in human form and try to pick up his “work” where he left off. 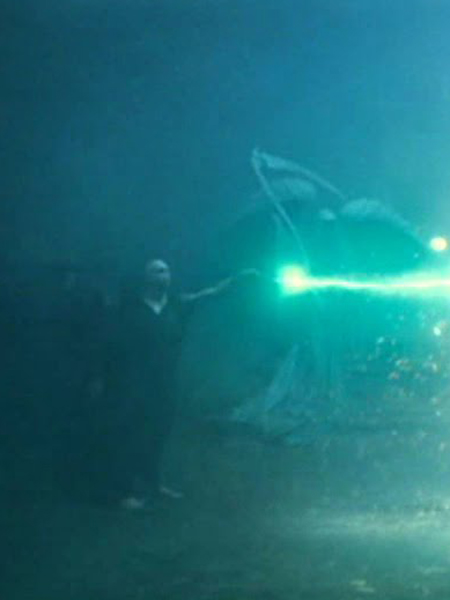 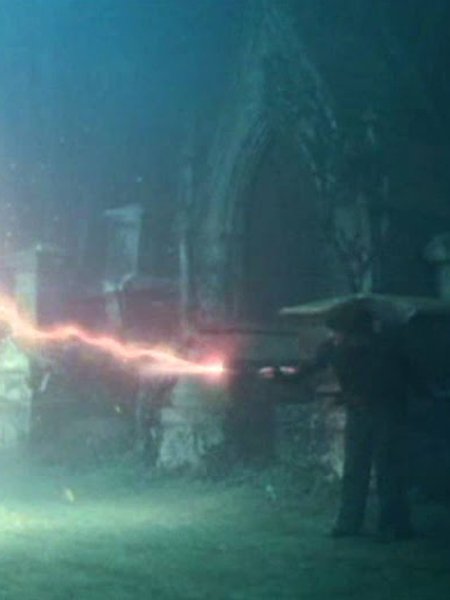 For this superb movie moment, Funko depicted the confrontation between Harry and Voldemort in the cemetery when the latter has just been brought back to life. The cemetery floor and a few headstones are used as a base. Harry is wearing his Goblet of Fire outfit, a black and red jersey and black pants with red stripes. Voldemort has his skull shaved and his face resembling that of a snake and wearing a simple black dress. They are both casting a spell and the two form a kind of barrier that prevents them from touching each other. Voldemort casts an Avada Kedavra, a green death spell and Harry a simple red disarmament spell. 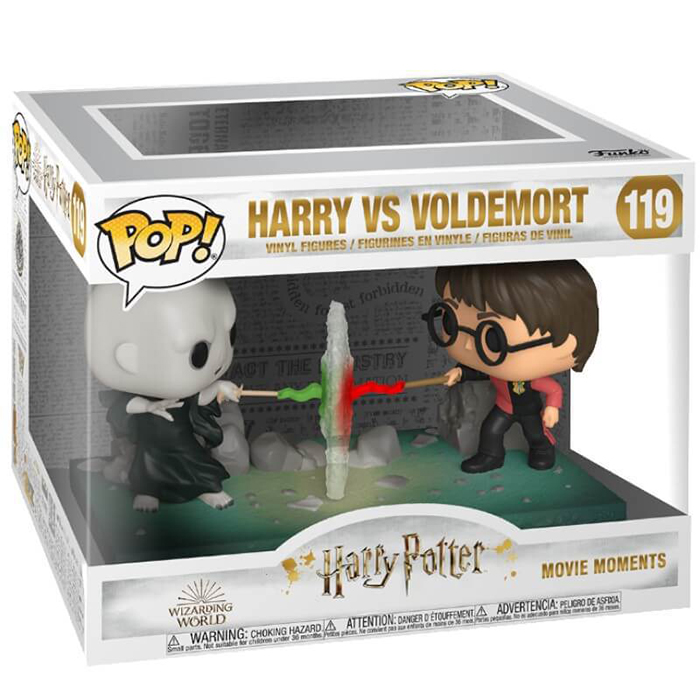