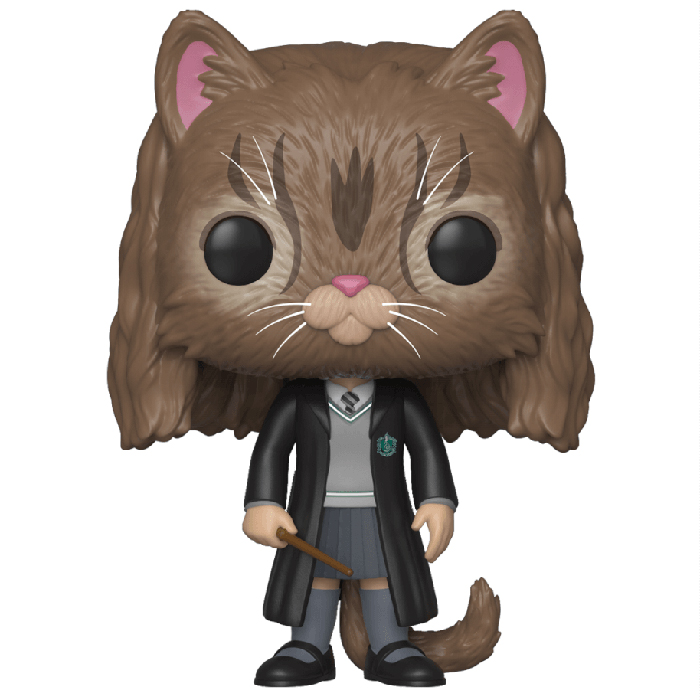 Hermione is, as she is often described in novels and movies, the most brilliant witch of her generation, in the Harry Potter saga. Coming from a Moldovan family, Hermione is all the more serious and studious to prove that she belongs at Hogwarts. And it is the case since, beyond the fact that she studies even more than all the others, she is also particularly intelligent. She’s Harry Potter and Ron Weasley’s best friend and often the one who gets them out of the dangerous situations they’ve gotten themselves into. In the second book and film, Hermione makes polyjuice potion so that she, Harry and Ron can pretend to be students of Slytherin and discreetly interrogate Draco Malfoy about the Chamber of Secrets. But what she thought was a hair is in fact a cat hair and she finds herself partially transformed into a cat instead of the girl whose appearance she had planned to take. 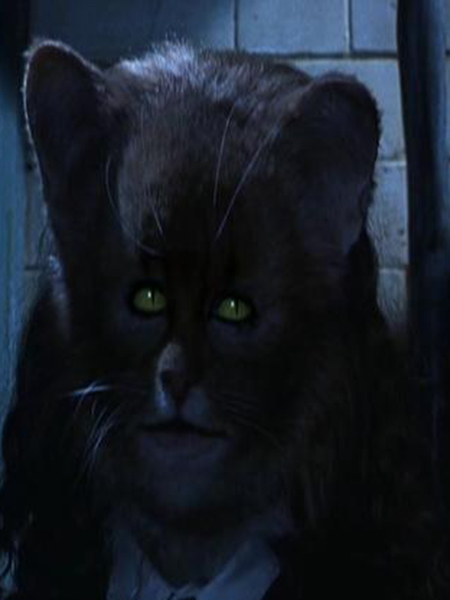 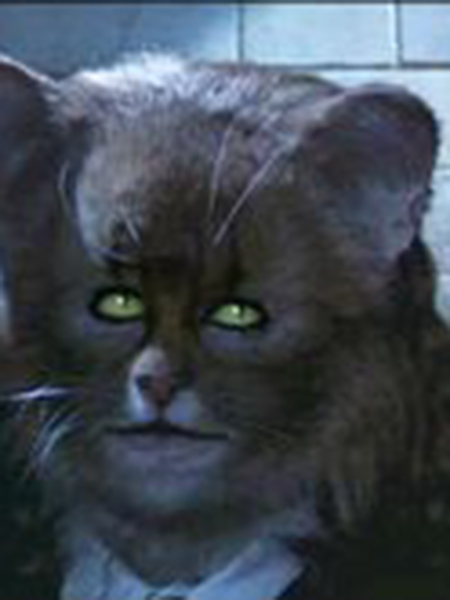 An adorable version of Hermione

Hermione is represented here with her partly cat-like appearance. She is wearing her usual Hogwarts uniform: pleated skirt, high socks and waistcoat, but this time her tie and dress are in the colours of Slytherin instead of Gryffindor, as she is trying to look like a student of Slytherin. Her head, on the other hand, is a large brown cat’s head, a little tiger-like but of human proportions and with long curly brown hair. Finally, a long cat’s tail also protrudes from under his coat. 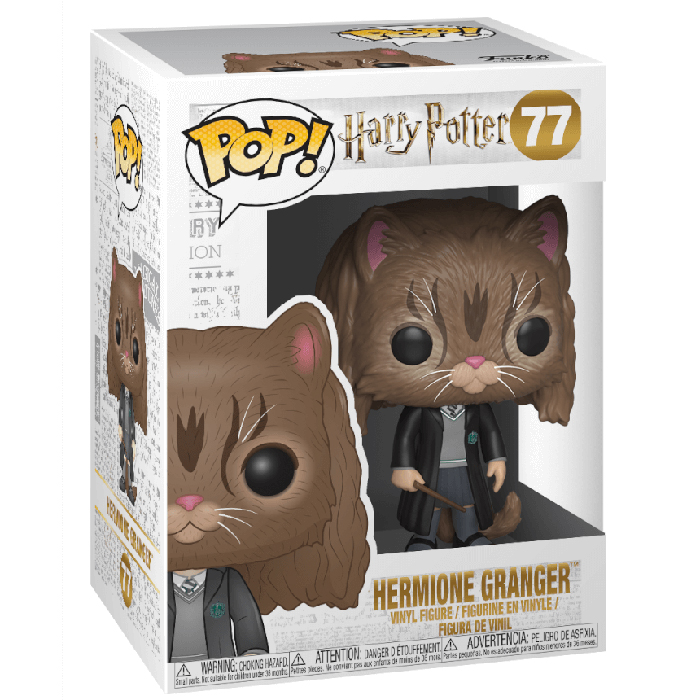