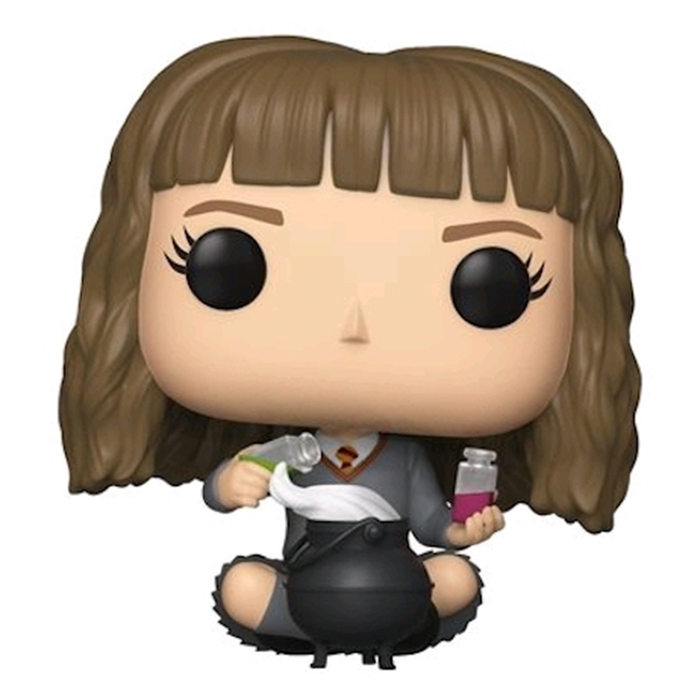 Hermione is one of the main characters in the Harry Potter saga and one of Harry’s best friends, the famous little English orphan wizard. In the second year, a new threat hangs over the castle. Salazar Slytherin’s heir seems to be back at Hogwarts and threatens to reopen the Chamber of Secrets which was supposed to shelter a terrible monster. Harry is convinced that this heir is Draco Malfoy but has no proof. Hermione proposes a solution: to make a potion that will allow them to take the appearance of other students of Slytherin so that they can ask Draco the question. Once all the elements are in place, Harry, Ron and Hermione gather in a deserted toilet so that Hermione can concoct the potion. They each have to add a hair of a person, but unfortunately, what Hermione thought was a hair was actually a cat hair and things don’t turn out as she had planned. 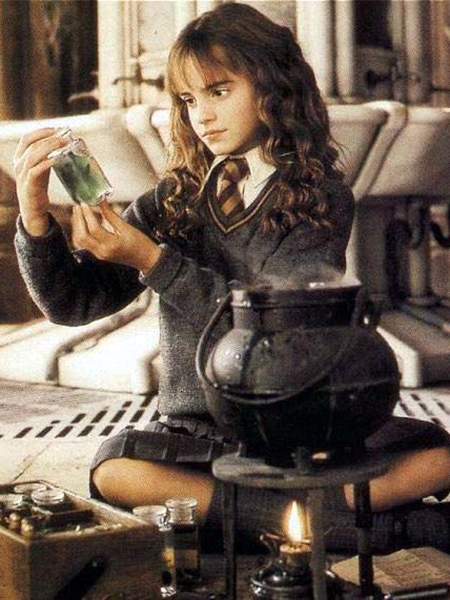 For this exclusive version of Hermione, Funko represented her sitting in a suit adding the ingredients for the potion to her cauldron. She is wearing her classic Hogwarts uniform: her pleated skirt, high socks and white shirt and tie in the school colours. Her grey sweater has her sleeves rolled up and in each hand she is holding a vial containing two products of different colours. On her head, we find her bangs and her long curly hair from the first films. Finally, the cauldron is black and a slightly disturbing cloud of smoke escapes from it. 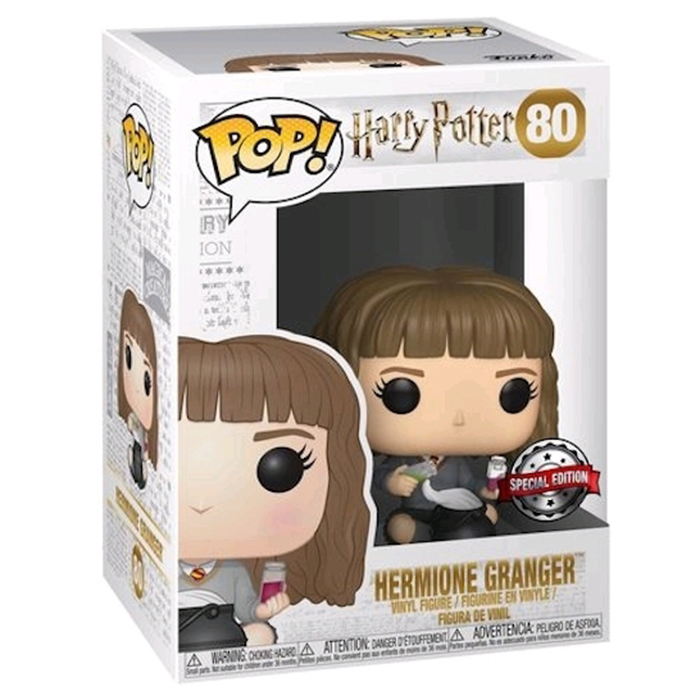