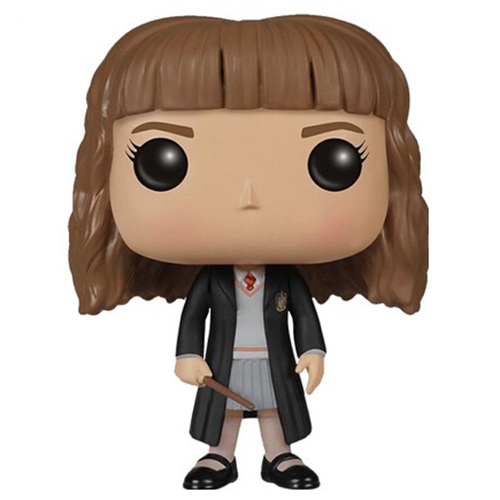 Hermione, the brain of the group

Hermione Granger is one of the main characters in J.K. Rowling’s Harry Potter literary saga and the eight films that are adaptations of it. This saga tells the story of Harry Potter, a young boy who discovers on his 11th birthday that he is a wizard and that his parents, whom he thought had died in a car accident, were in fact killed by the most terrible wizard of that time, Voldemort. Voldemort is very weakened but not dead, so he will try to regain power and, according to a mysterious prophecy, Harry will be the only one who can stop him! When Harry discovers that he is a sorcerer, he is admitted to the prestigious Hogwarts School of Magic. He will make several friends there but in particular Ron Weasley and Hermione Granger. From the very beginning of his schooling, Hermione shows herself very gifted in many fields and particularly intelligent to the point of becoming a little annoying with her “miss know-it-all” side. But she will also prove to have a big heart and an unfailing friendship with Harry and Ron. Hermione will often defend the cause of the weakest, especially the house elves (even if this aspect is left out of the books). Being born of two “Muggle” parents (no one with magic powers), Harry’s fight against Voldemort will touch her very closely. Indeed, a sort of Hitler of the wizard world, Voldemort has always aimed to eliminate all people who are not “pure blood” (whose family is composed only of wizards). 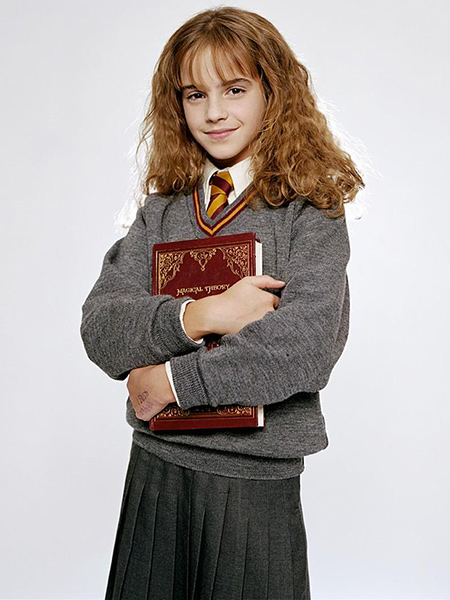 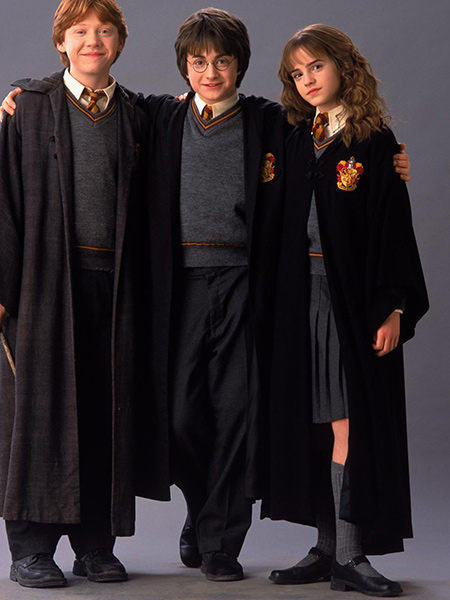 Like the other characters in the saga, Hermione was portrayed with the appearance she has in the first two films. So, like Harry and Ron, she’s in a Hogwarts uniform… This one is very similar to the boys’, except that she wears a pleated skirt instead of trousers. She also wears a sweater with a white shirt and tie underneath. At her feet, she wears high socks reaching to her knees and small black shoes. To differentiate her from a traditional English schoolboy, she wears a long black witch’s dress over her uniform. All her clothes are decorated in red and gold to match the colours of the “house” in which she was placed on her arrival in Hogwarts: Gryffindor. On the head, her face is quite simple but Funko has faithfully represented her hair as she wears it in the film: curly, voluminous and with fringe. Like most of the other characters, she was represented with her wand in hand. 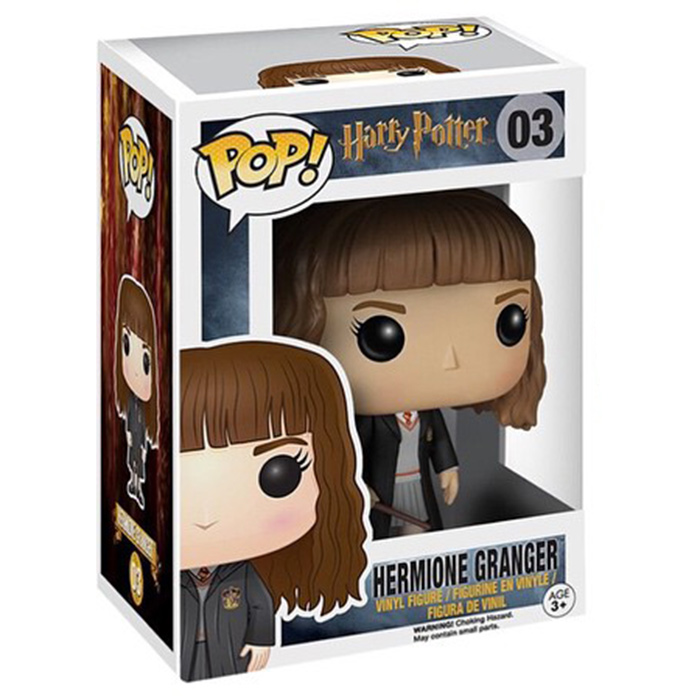