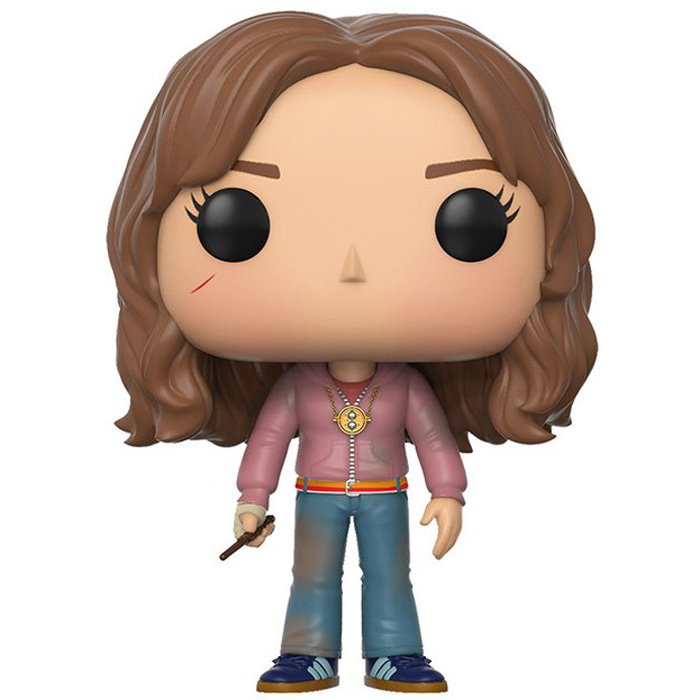 Hermione Granger is one of the main characters in a series of cult books and films telling the story of a young orphan who discovers he is a wizard on his eleventh birthday. When he arrives at Hogwarts School of Witchcraft and Wizardry to learn everything he will need as a young wizard, he quickly becomes friends with Ron Weasley and then Hermione Granger. The three of them go on incredible but also terribly dangerous adventures. Hermione is a very intelligent and hard-working young girl who loves school. In the third year, the students have to choose between certain courses but Hermione is tempted to take them all, which is unfortunately impossible given the schedule. Professor McGonagall will then give her something that will allow her to do the impossible: a time turner. This will allow her to go back in time to take the overlapping classes all year round but when the time comes, it will also allow her to save several lives. 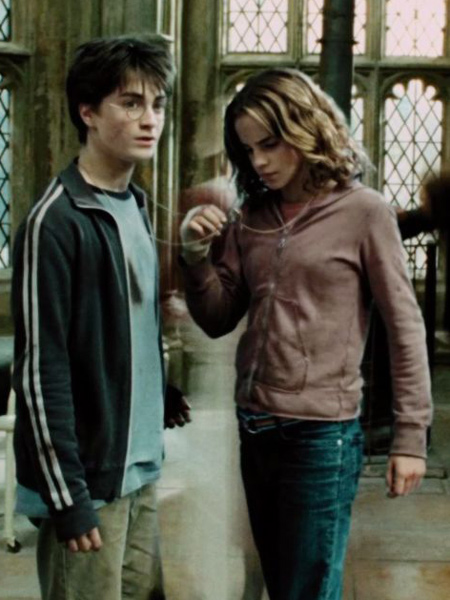 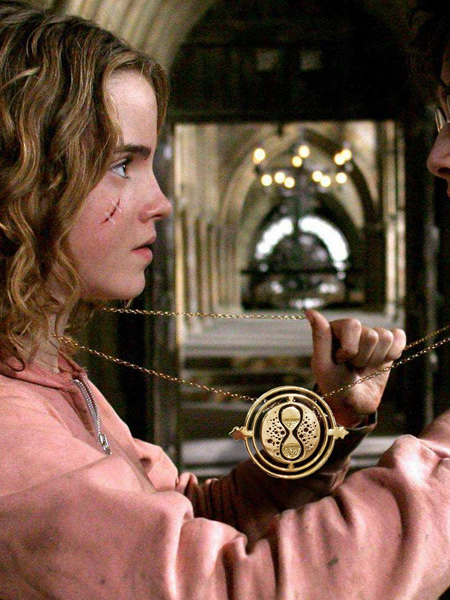 On this figurine, Hermione is thus represented with the civilian “outfit” she wears when she and Harry go back in time to save Sirius and Buckbeak. She is wearing blue jeans and a light pink hoodie and blue Adidas sneakers with white stripes. On her head, you can see the small cut on her face after her adventures in the “Shrieking shag” and her hair reflects the change in her appearance between the first two and the third film. These are shorter, wiser and much less voluminous. We can also see that her right hand is bandaged where she was injured and that she is holding her witch’s wand. Finally, of course, she wears her famous time turner around her neck. This one is gilded with a small hourglass placed in its center and the details are very nicely reproduced. 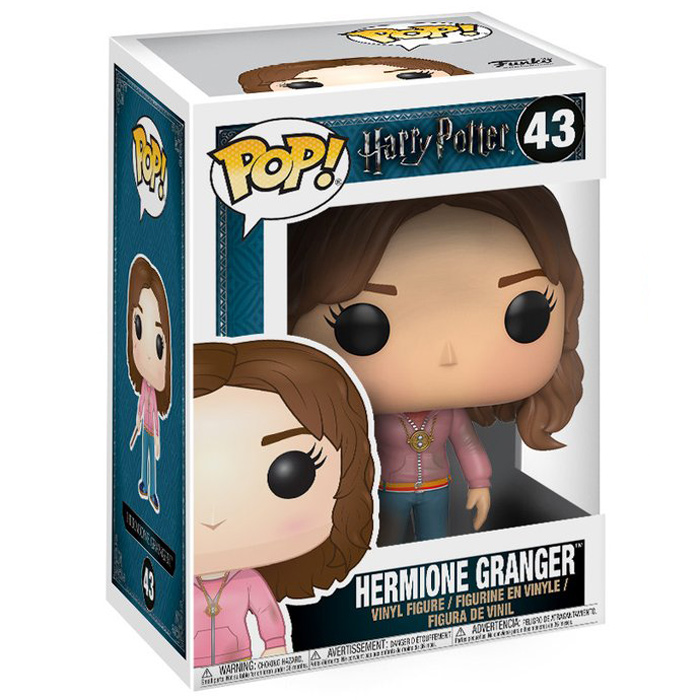