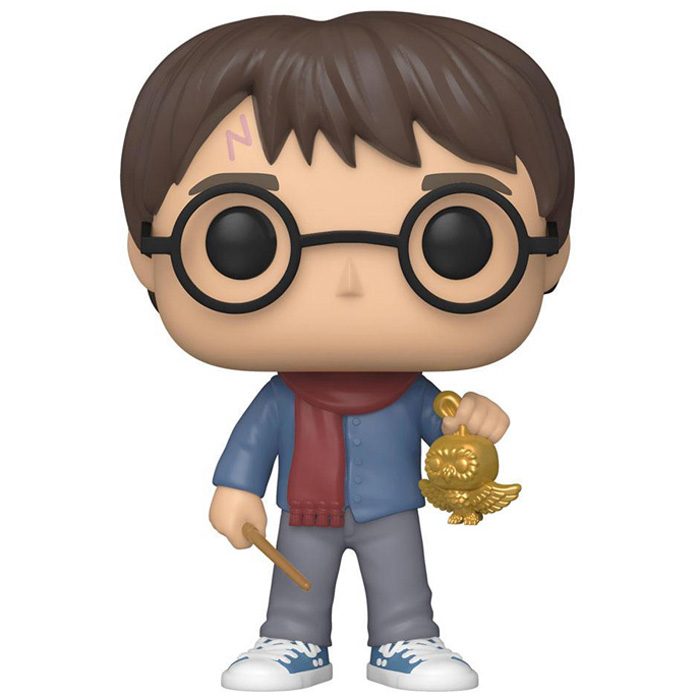 Harry Potter is the famous hero of the literary and cinematographic saga of the same name. He is a young orphan living with his aunt since the death of his parents when he was only one year old. It is only ten years later that he learns that he is in fact a wizard just like his parents were. Hagrid, the gamekeeper at Hogwarts School of Witchcraft and Wizardry, will teach him more about his tragic story and the world of magic in general as he helps him prepare for his first year at Hogwarts School of Wizardry. Once at school, he will quickly make new friends in the people of Hermione, a bright young witch from a Moldovan family, and Ron Weasley, who comes from a very large family of sorcerers. As his aunt has little love for Harry, the latter will spend a lot of time with Ron’s family, which is, on the contrary, much more loving and welcoming. And he will end up really being part of the family since he will, later, marry Ginny Weasley, the youngest girl of the Weasley family. 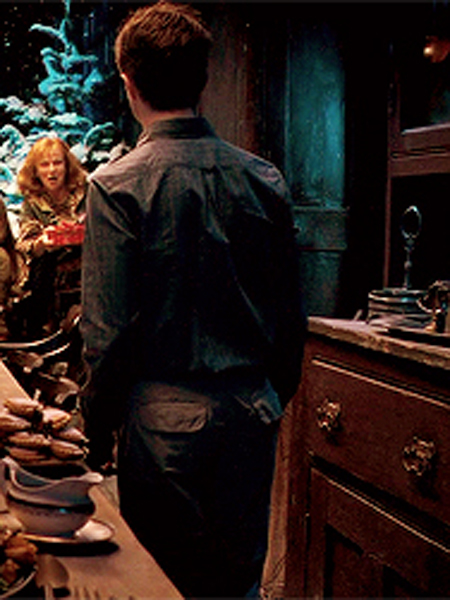 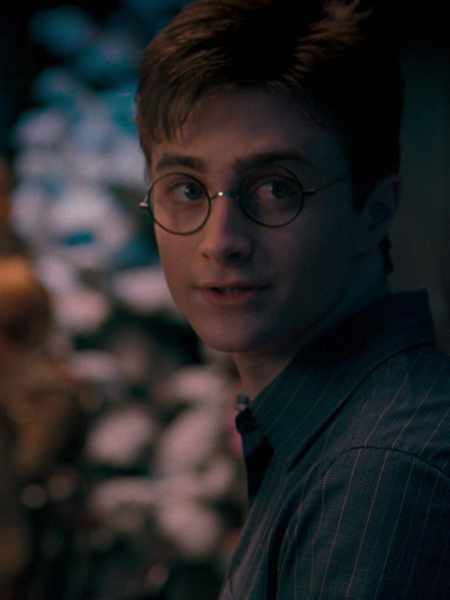 Funko here represented Harry at the Weasley Christmas celebration during the fifth film, just after the latter saved Arthur Wesley thanks to his psychic connection with Voldemort. He is wearing grey jeans with an elegant blue shirt and matching sneakers. He also wears a red scarf given to him by Mrs. Weasley around his neck. On his head, we find his usual little round glasses and the famous scar on his forehead. Finally, he holds his wand in his right hand and a pretty golden owl decoration in the other hand. 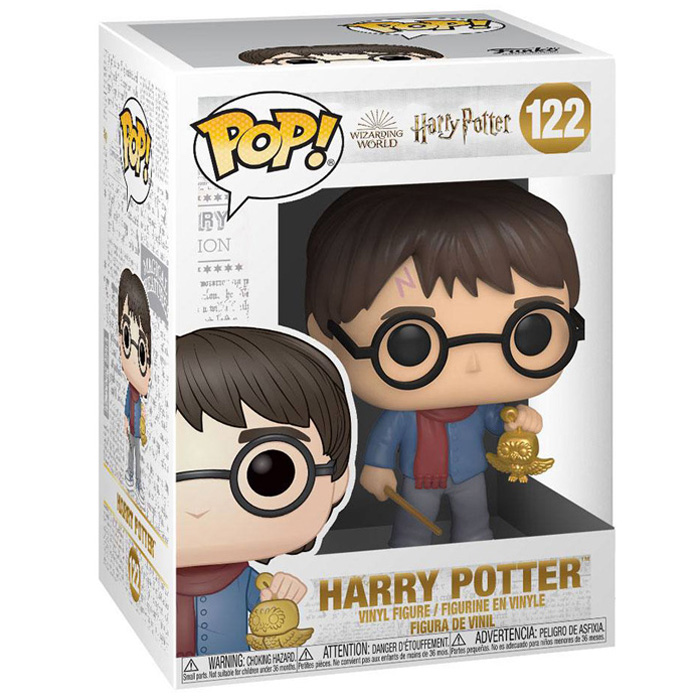