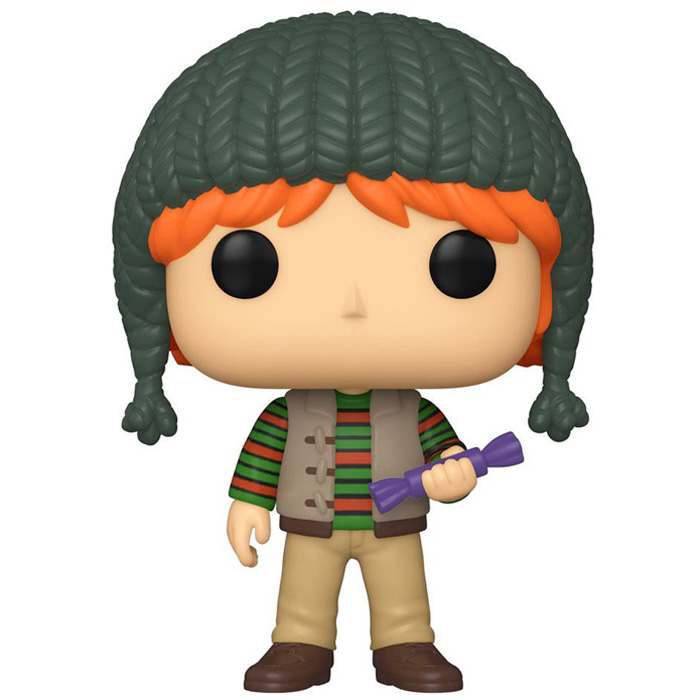 Ron Weasley is one of the main characters in the Harry Potter literary and film saga. Coming from a very large family of wizards for generations, Ron is the first to talk to Harry Potter on the train that takes him to the Hogwarts School of Witchcraft and Wizardry and they will immediately become great friends. Ron has five older brothers and a younger sister one year his junior. His family lives in a big, twisted, multi-storey house and they are very welcoming and happy. Because of Harry’s complicated situation at his aunt’s house, who doesn’t like him very much, Harry will be practically adopted by the Weasley family and spend a lot of time at their house from his second year on. They will also spend many Christmases together, including their fifth year, when Harry saved Arthur Weasley’s life from an attack by mangoes. 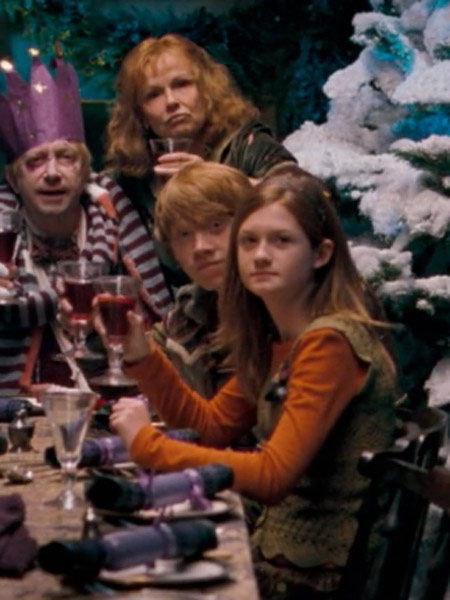 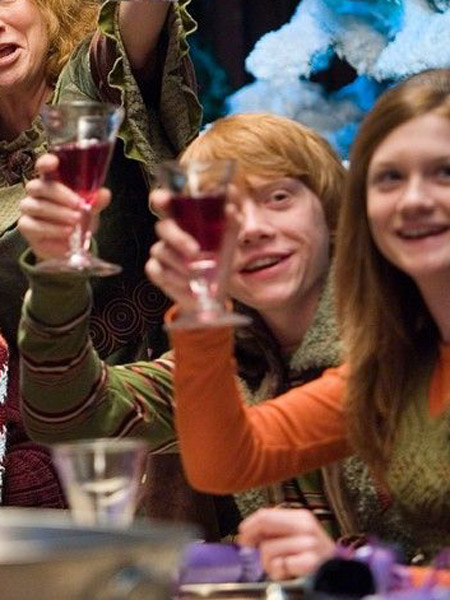 For this “holiday” version of Ron, Funko represented him as we see him in the Christmas scene in the fifth film the Order of the Phoenix when the whole family is gathered around Arthur Weasley after he was narrowly saved after being tortured by Voldemort’s mangoes. Ron is wearing beige pants with brown shoes and a sweater with green, orange and black stripes. On top, he wears a beige and brown sleeveless vest. At the head level, his red hair and a green woollen cap with two braids on the sides. Finally, he is holding a purple Christmas cracker in his hand. 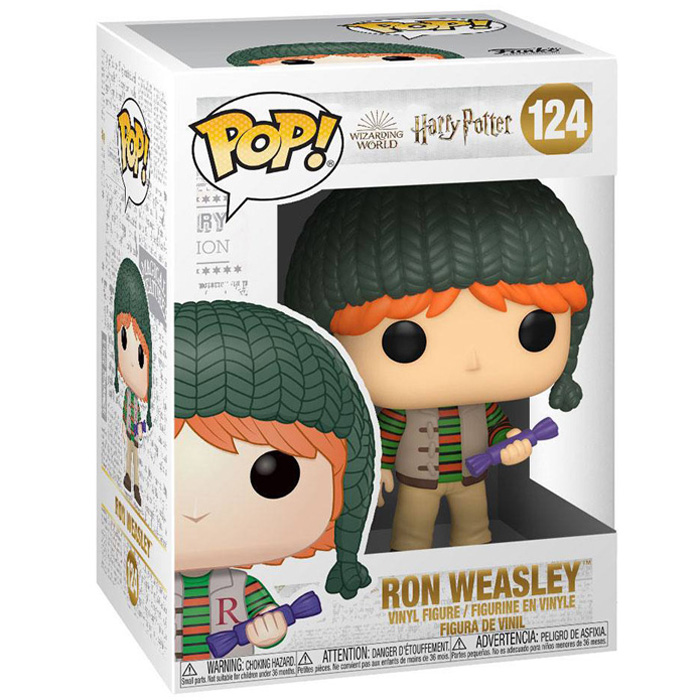