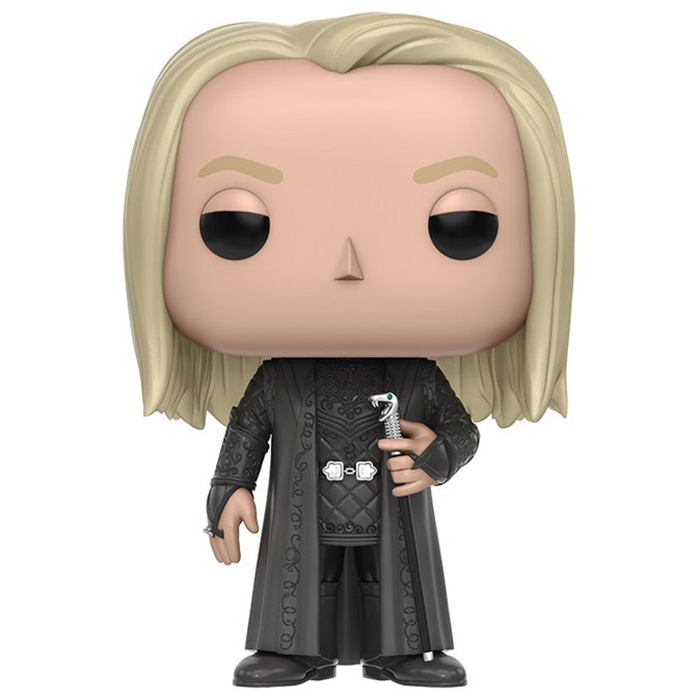 The chief of the mangoes

Lucius Malfoy is a recurring character in the Harry Potter literary and film saga. He appears in the second episode and is present in almost every other episode after that. If his presence is at the beginning anecdotal, it becomes more and more important as the episodes go on. The story focuses on Harry Potter, a young English boy who learns that he is a wizard on his eleventh birthday. His parents died when he was a baby to protect him from Voldemort, the most terrible wizard of all time. So Harry goes to Hogwarts school where he will learn how to use magic, but he will soon realize that Voldemort is not completely dead and he will try to come back several times, eventually succeeding at the end of the fourth episode. He will then be joined by the mangemorts, his disciples, who, like him, believe that the world must be rid of sorcerers who are not of pure blood. Among them is Lucius Malfoy, a member of one of the richest and oldest families of sorcerers. Unsurprisingly, his son Draco has been one of Harry’s sworn enemies since their first year, and after Voldemort returns, Lucius will become a much more important figure. 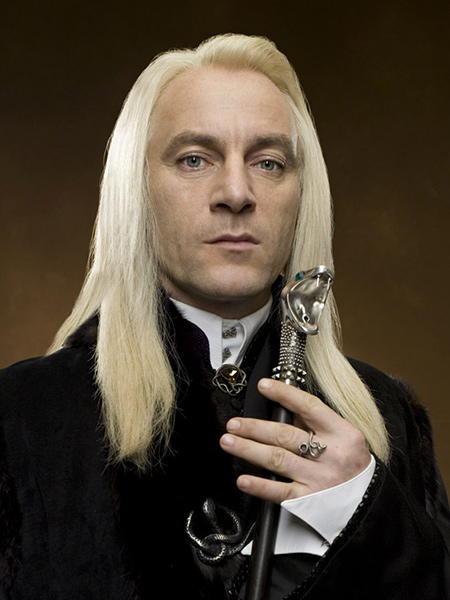 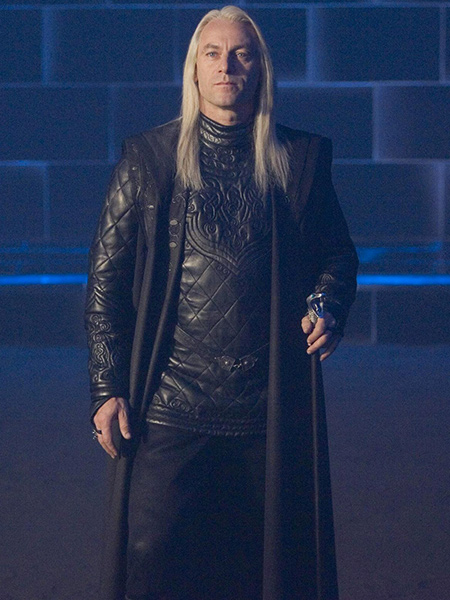 Like any good, self-respecting evil sorcerer, Lucius Malfoy is always dressed in black and comes from a wealthy family, so he’s always very distinguished. So he wears trousers with high black boots quite simple but with that, he wears an embroidered tunic whose details are very nicely represented. On top of that, he wears of course a long wizard’s robe nicely embroidered on the edges and sleeves as well as large black leather straps. In his left hand he holds his famous silver snake-headed cane (Lucius Malfoy being a member of the house of Slytherin) which also contains his wand. At the level of his head, his face is rather simple, but his eyelids are slightly lowered to give him that cold look that characterizes him. Finally, of course, we find his long, very light blond hair that he shares with his son. 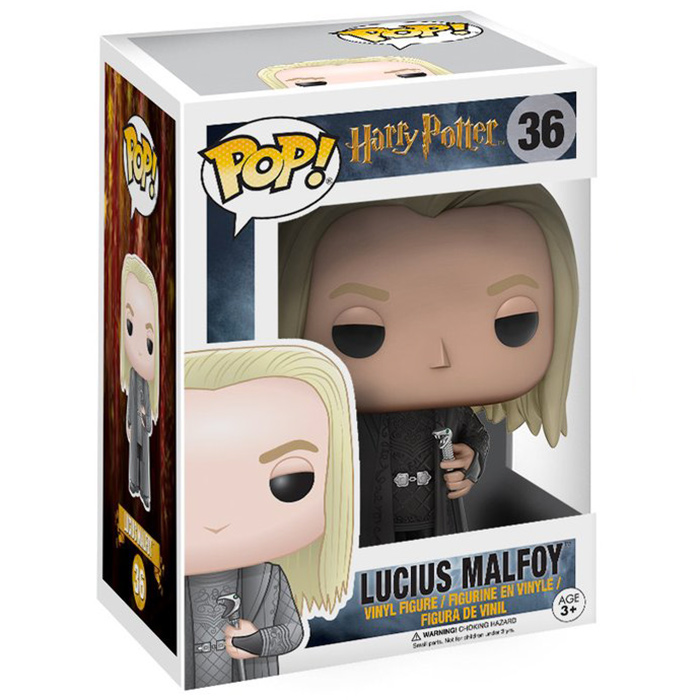