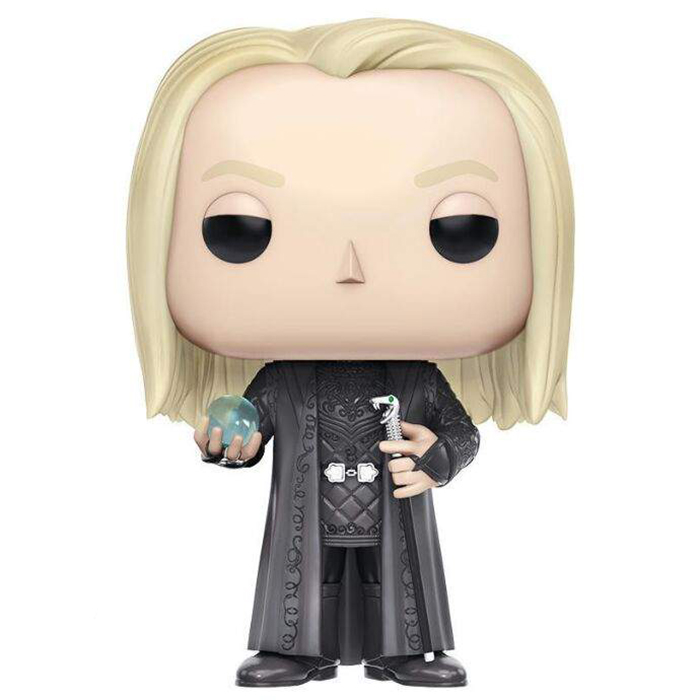 Lucius Malfoy is a secondary character in the Harry Potter saga that will take on greater importance from the end of the fourth book and movie. Lucius Malfoy is the father of Draco, one of Harry Potter’s worst enemies at Hogwarts. They come from a family of pure-blooded sorcerers who have been around for centuries. Lucius Malfoy was one of Voldemort’s most fervent servants when Voldemort tried to seize power to rid the world of all non-pure-blooded sorcerers. While it was suspected from the beginning that he was not really dead, at the end of the fourth film, Peter Pettigrew gives Voldemort back his human form and Lucius is one of the first man-eaters to come back to him. In the fifth film, he sends him to the ministry to retrieve a prophecy concerning him and Harry and takes advantage of this to lure Harry into a trap by making him believe that Sirius is his prisoner in the ministry. 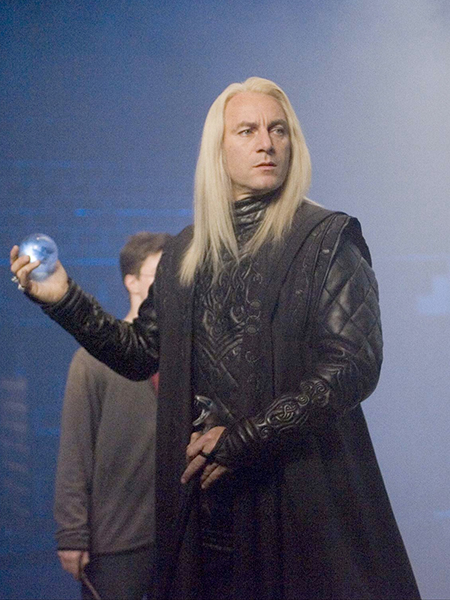 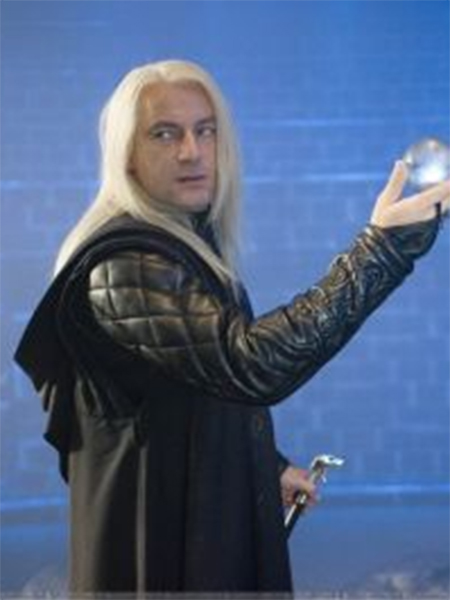 For this exclusive version for FYE stores, and as on the previous figurines of this character, Lucius is represented with his all-black outfit well adapted to a man-eater. He is wearing black trousers and high boots with a black tunic nicely embroidered tone-on-tone. With this, he is of course wearing a long wizard’s robe with matching patterns. On his head, his very light blond hair is clearly recognizable. In his left hand he holds his wand, which also serves as a cane with its silver tip with a snake head. Finally, in his right hand, he holds the famous turquoise crystal ball about Harry and Voldemort. 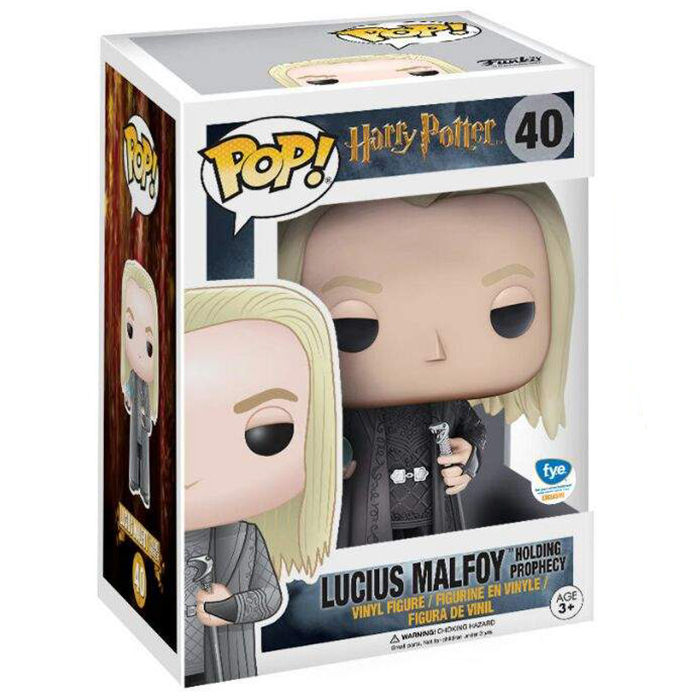