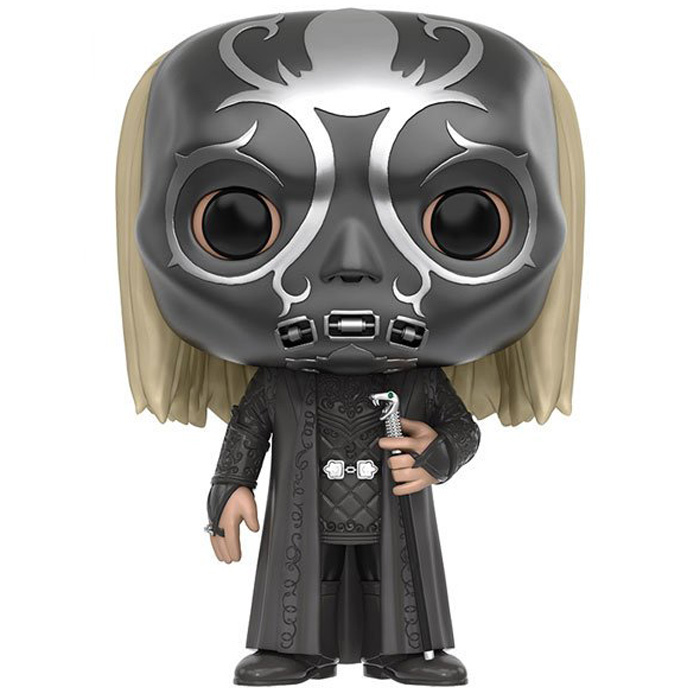 Lucius Malfoy is a character in the Harry Potter literary and film saga. He is the father of Draco Malfoy, the arch-enemy of the young Harry Potter at Hogwarts school. Lucius Malfoy comes from one of the richest and oldest families of sorcerers and he is one of the oldest and most fervent man-eaters, those who followed Voldemort when he tried to “rid” the world of all sorcerers who were not of pure blood. In the fourth film, when Harry participates in the Three Wizards Tournament, he grabs the cup that is actually a portoloin and finds himself in a strange graveyard. Peter Pettigrew is there and he brings Voldemort back to life. He then recalls all his mangoes and Lucius appears among others with his mango mask. 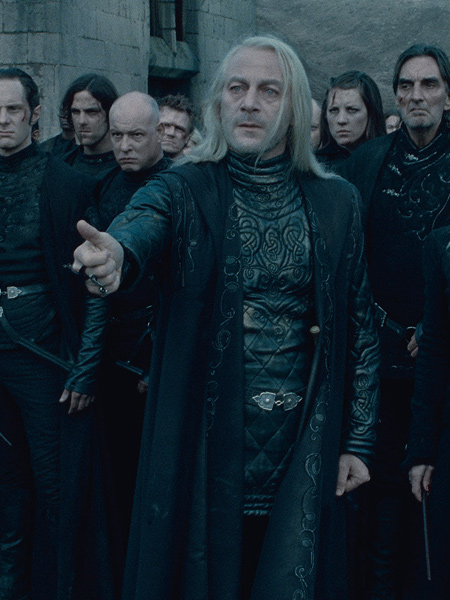 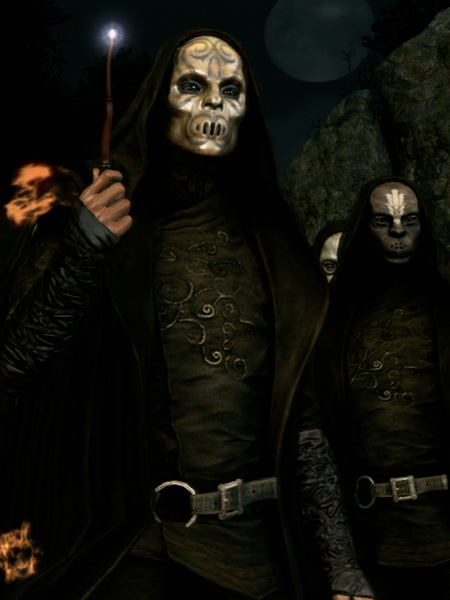 Lucius with his mask

For this exclusive Hot Topic figurine, Lucius Malfoy is represented here in this scene of the cemetery with his death mask. As on the first figurine of this character, he wears a very elegant black outfit. We can find simple black pants and boots but a beautiful embroidered tunic and a silver belt. On top, he wears a long embroidered wizard coat and large bracelets very nicely decorated. In his hand, he holds his wand with a snake head. Finally, at the head level, we can see his long hair behind and in front of his face hiding his death mask. This one is black with silver decorations. 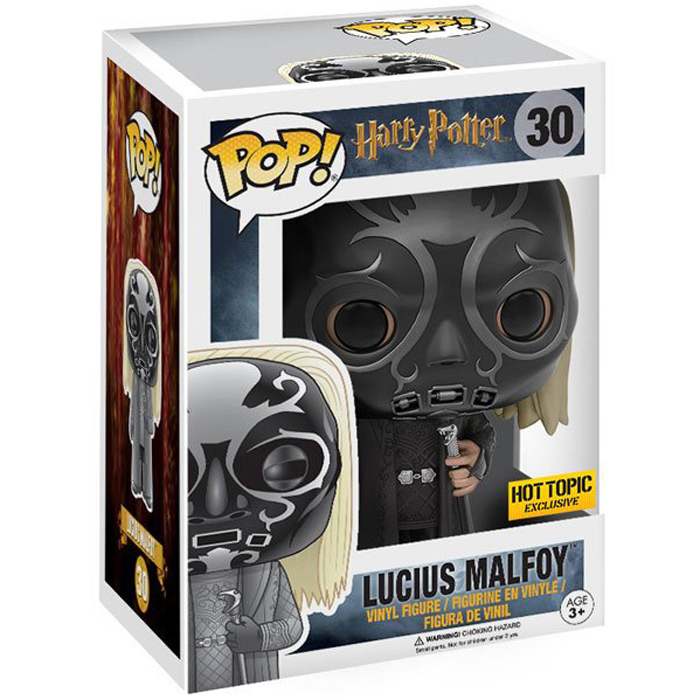