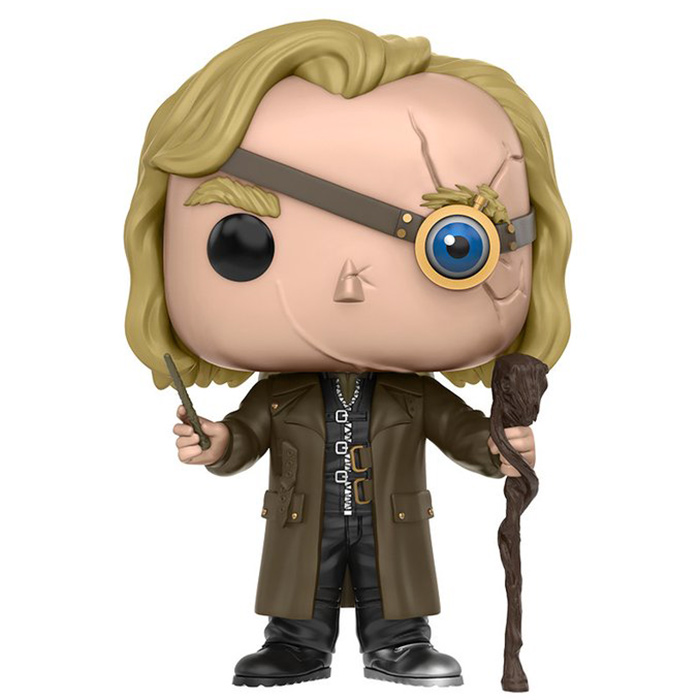 Mad-Eye Moody is an important character in J.K. Rowling’s fourth Harry Potter book and movie. He will be found again for smaller but important appearances in the following films. It tells the story of Harry Potter, a young English boy who discovers, at the age of eleven, that he is a wizard and that his parents died to protect him from Voldemort, the most terrible wizard of his time, who wanted to kill him for a mysterious reason. Harry enters Hogwarts School of Witchcraft and Wizardry where he will make new friends and learn about the world of magic. In the fourth book and film, Hogwarts hosts the Goblet of Fire, an event that brings them together with two other schools of magic for a series of events reserved for each school’s champion. Though underage, Harry finds himself selected in addition to the real Hogwarts champion and has no choice but to participate. This year the school has a new teacher for defense against the forces of evil, Alastor Moody, nicknamed Mad-Eye Moody because of his strange glass eye. He is an ancient dawn (evil witch hunter) and he will do everything he can to help Harry in his trials. Eventually it will become clear that it was a supporter of Voldemort who was pretending to be him so that Harry would win the trials and end up exactly where they wanted him to be so that Voldemort could use him to take human form again. Mad-Eye Moody is found locked in some kind of magic trunk. In the following episodes, he is an important member of the resistance against Voldemort and he will be killed protecting Harry in the last episode. 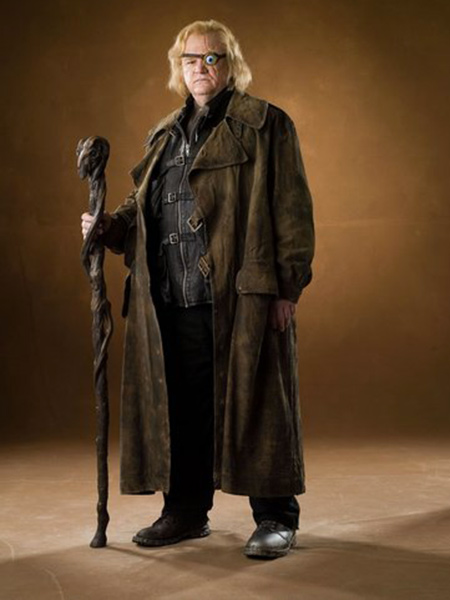 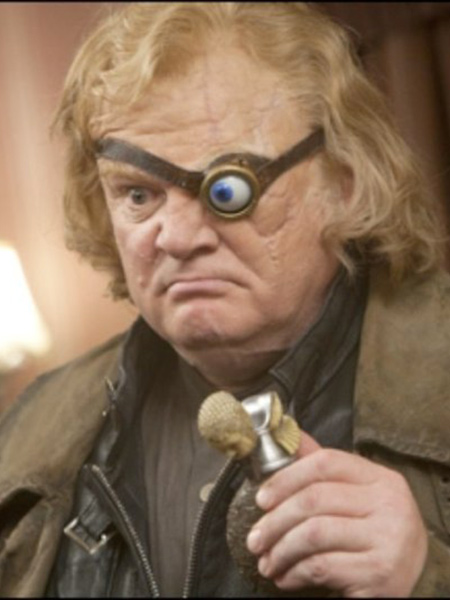 Due to his former and dangerous dawn activity Mad-Eye Moody suffered many injuries that left him severely scarred and gave him a rather unforgettable physique. On his body, he wears a black leather outfit that seems reinforced, almost like armour, and whose many details are particularly well represented by Funko. On top of that, he wears a long brown coat that never seems to leave him. In his right hand, he carries of course his wizard’s wand and in the other one he holds an impressive wooden stick that also serves as a cane. Indeed, this one has one leg less and we can see the foot of his metal prosthesis. At the level of the head, Mad-Eye is also very marked. We can see several scars but the most striking are those of her missing eye. This one is replaced by a glass eye now with leather straps and being able to move in her eye socket, allowing her to see behind her back and of course earning her her famous nickname. Finally, we find his blond hair and its implantation very high on the skull. 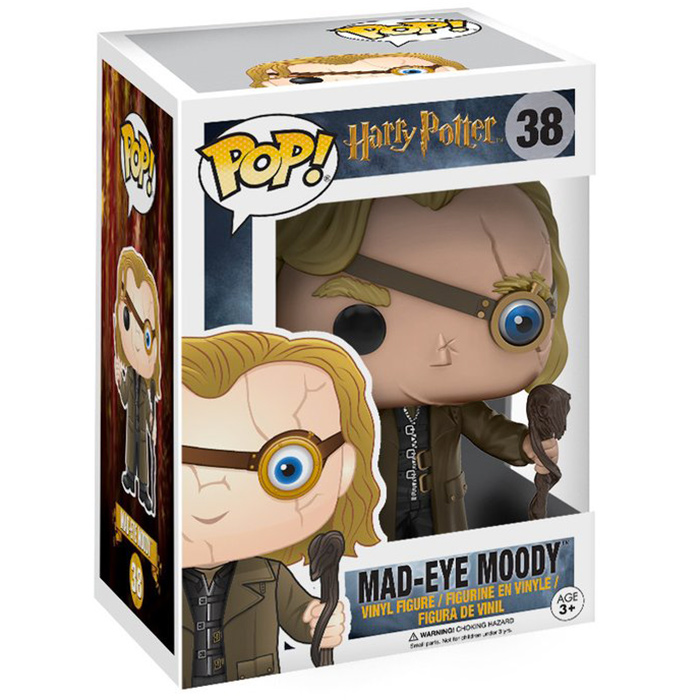