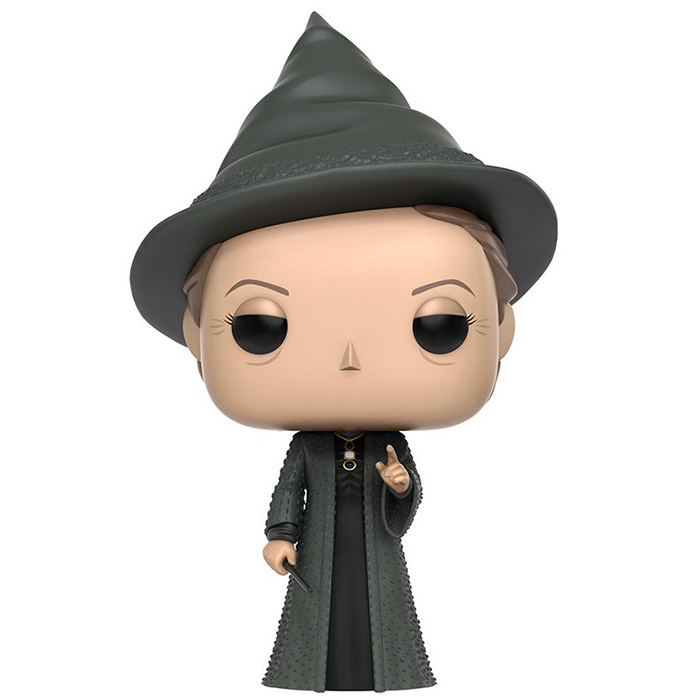 Professor McGonagall is an important character in J.K. Rowling’s Harry Potter books and films. She appears there from the first scene of the film and will be present until the end, having a more or less important role according to the books and films. Harry Potter tells the story of a young English boy who discovers that he is a wizard the day he receives his letter of admission to Hogwarts School of Witchcraft and Wizardry. Having always lived with his aunt and uncle, he soon learns that his parents were also sorcerers and actually died to protect him from Voldemort, the most terrible sorcerer of all time. When he arrives at Hogwarts, he will discover a whole new world and make friends. But he will also be placed in one of the four houses at the school, Gryffindor, the one where his parents were. At the head of the Gryffindor house is Professor Minerva McGonagall, also a transmigration teacher. She also has the rare faculty of being an animal and therefore being able to transform herself at will into an animal, in her case a cat. She was one of the three people present when Harry was dropped off as a baby at his aunt’s house after his parents were murdered. She is a brilliant witch, firm but fair and throughout the story she will do her best to help, educate and protect Harry as best she can. 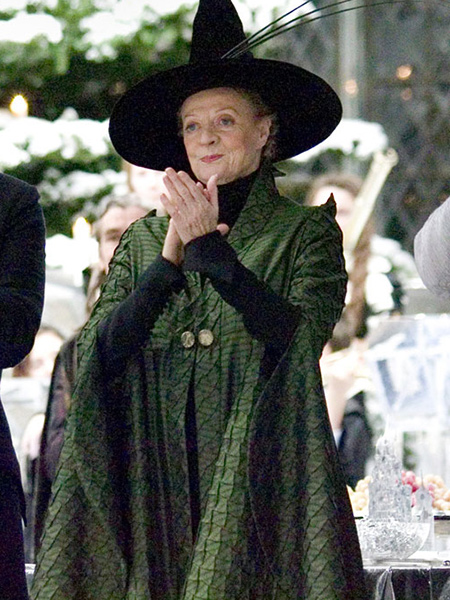 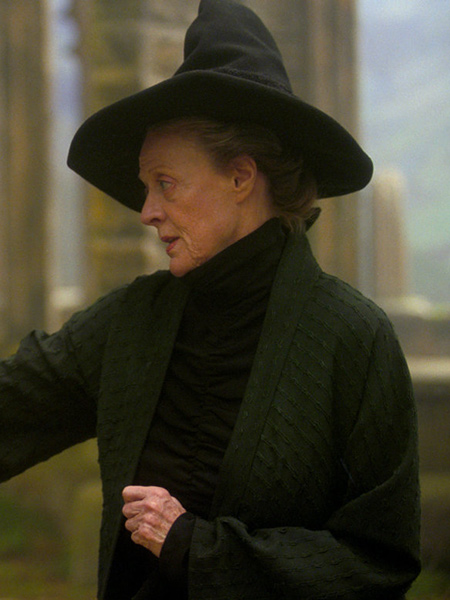 Minerva McGonagall’s appearance changed very little over the course of the series, so the way she was portrayed was quite obvious. As always, she wears a long black dress that almost makes her look like a nun. On top of it, she is wearing her long dark green witch’s mantle with wide sleeves and a very finely textured representation. Her left hand is pointing forward and in the other she is holding her wand. At the level of the head, one finds well the marks of age on her face: small wrinkles at the corners and under the eyes. Her eyelids are also more pronounced than the average pop figure. Her hair is almost completely hidden under her big pointy witch hat that she never leaves. The hat matches her coat and the embroidered pattern is once again beautifully represented. 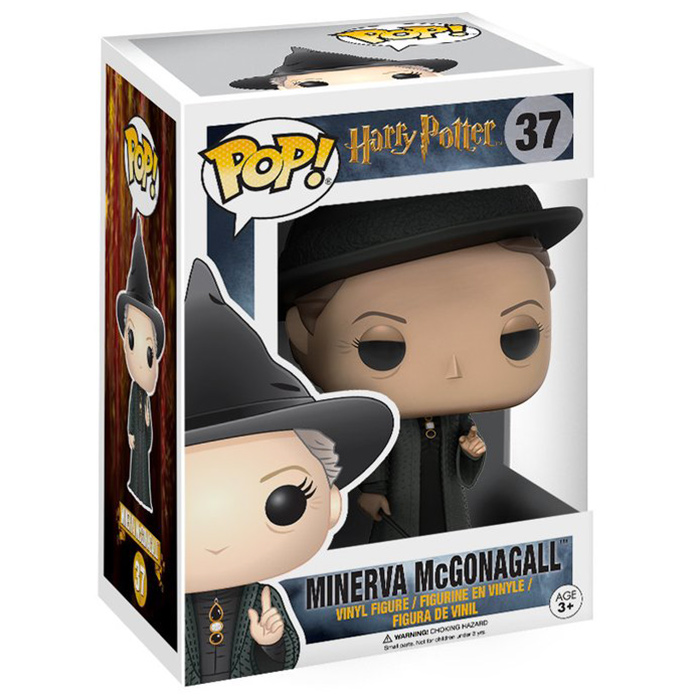