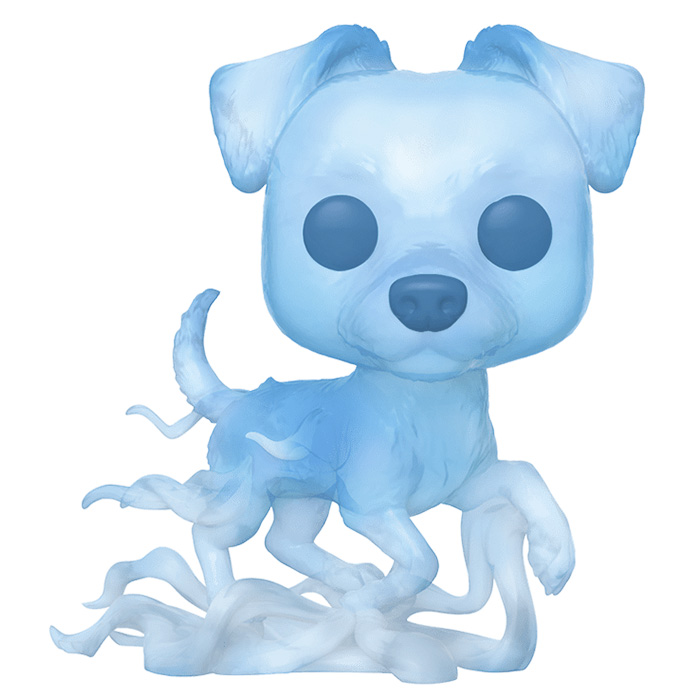 The patronus is one of the most important spells in a wizard’s arsenal in the Harry Potter literary and cinematic saga. It’s a powerful but difficult spell to produce that students don’t usually learn until their final years at Hogwarts. But in the third year, Sirius Black has escaped from prison and the villains are sent to Hogwarts to find him. These vicious creatures, who prey on people with traumatic things in their past, are especially preyed upon by Harry. So Professor Lupin is going to teach him how to produce a patronus to defend himself. This will save his life, and in the fifth grade, after Voldemort returns, he’ll teach it to all the students at Hogwarts who want it, as their new Defense Against the Forces of Evil teacher doesn’t really help them defend themselves from anything. The patronus is made up of pure positive energy. It can take the simple form of a shield, but when the wizard has mastered it well, it takes the form of an animal which is unique to each wizard and represents his personality in some way. In Ron’s case, it is a dog, more precisely a Jack Russell Terrier. 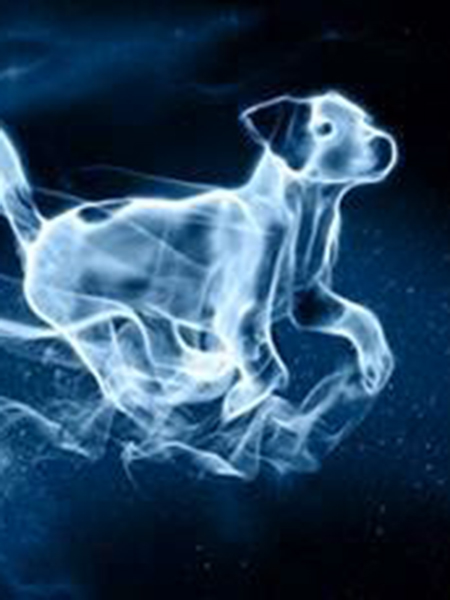 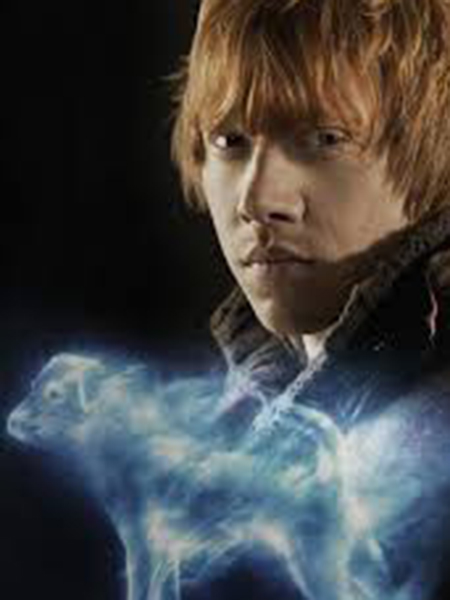 Like the other patterns in the series, this one is represented in slightly translucent blue plastic, as these are made of pure energy. Ron’s Jack Russell is represented jogging with his legs raised and filaments of light from his legs and tail to give the feeling of perpetual movement of the patterns. He has a small head with a short muzzle, a smiling expression and fairly long but drooping ears. His tail is raised in a cheerful attitude. 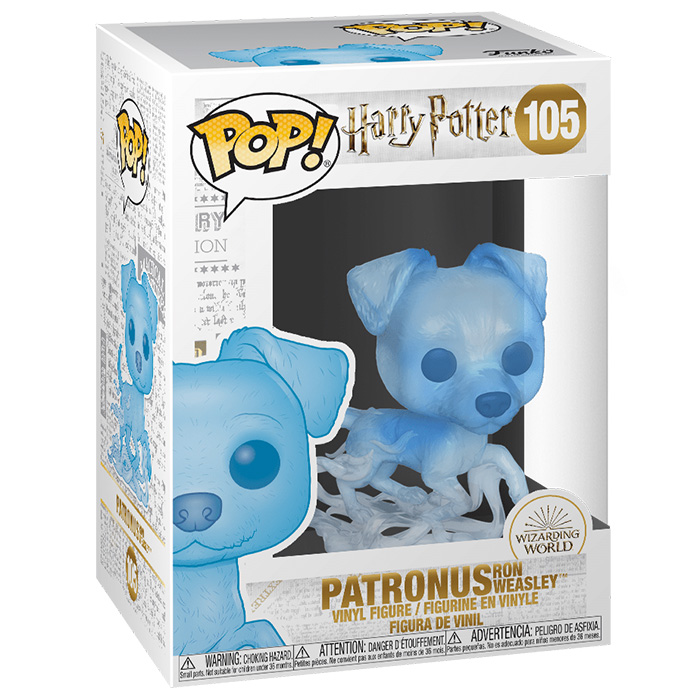