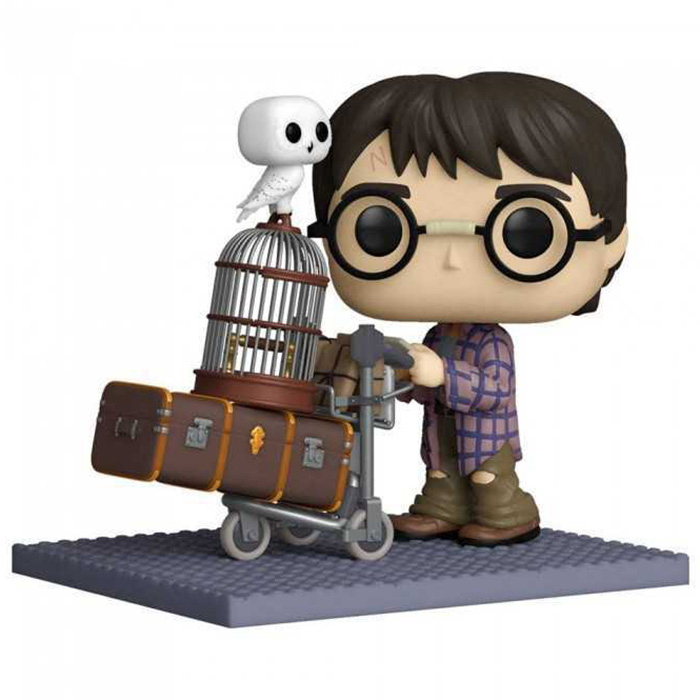 Harry Potter is a young English boy who learns on his eleventh birthday that he is in fact a wizard. His parents died when he was only one year old, so he never knew that they were powerful wizards who had fought Voldemort, one of the most terrible wizards of all time. His uncle and aunt, who didn’t like him very much, had always kept this fact from him. Hagrid, the Hogwarts School of Witchcraft and Wizardry’s gamekeeper, takes him to explain what to expect and introduces him to the wizarding world before leaving him at the train station where he is to take the Hogwarts Express on the mysterious 9 3/4. It is on the train that brings him to school for the first time that he will meet Ron Weasley and Hermione Granger who will become his best friends. 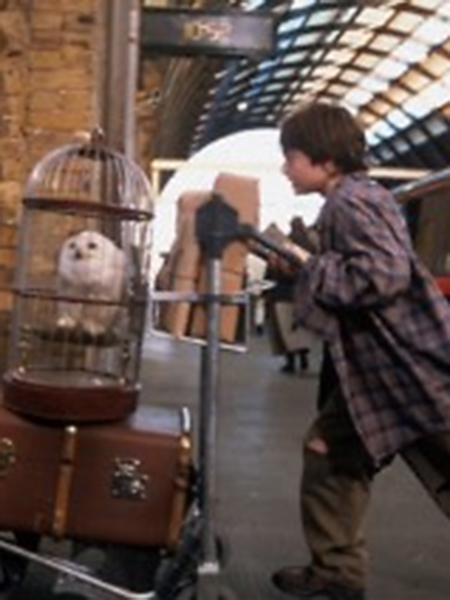 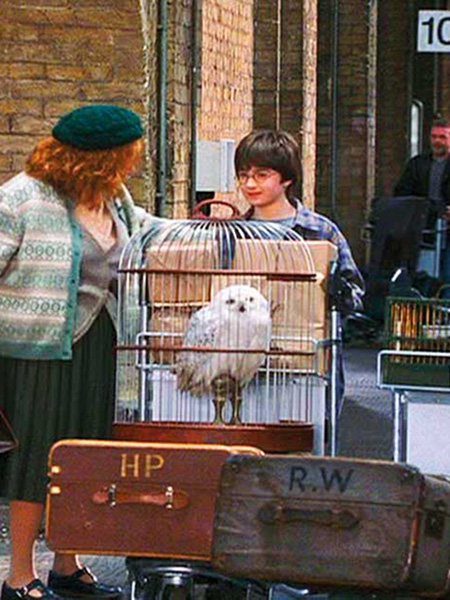 For this Pop Deluxe figure, Harry is shown here pushing the cart full of his belongings towards the entrance to Platform 9 3/4. In his trolley are his suitcase, the things he bought for the school year and Hedwig, his owl, standing on top of his cage. Harry still wears his cousin Dudley’s old clothes, green trousers with holes in them, brown shoes and an oversized plaid shirt. We also find of course his glasses patched with scotch tape and the lightning on his forehead. 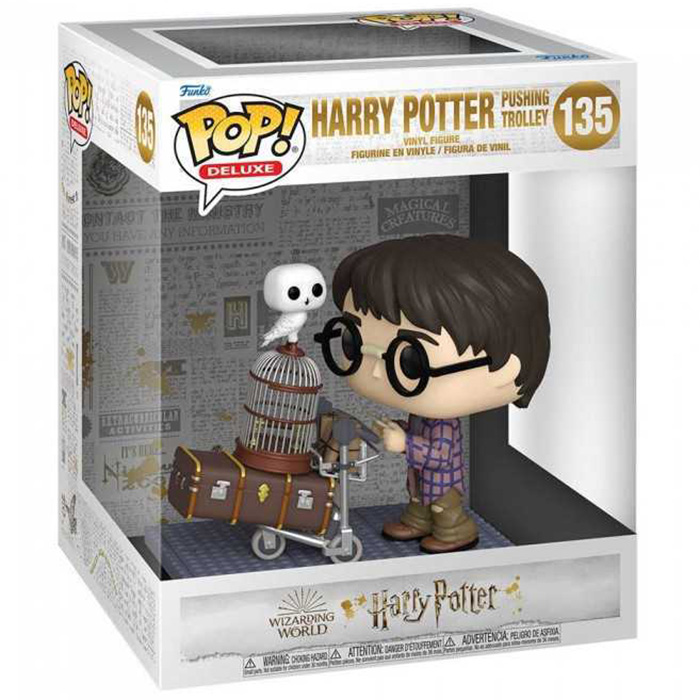