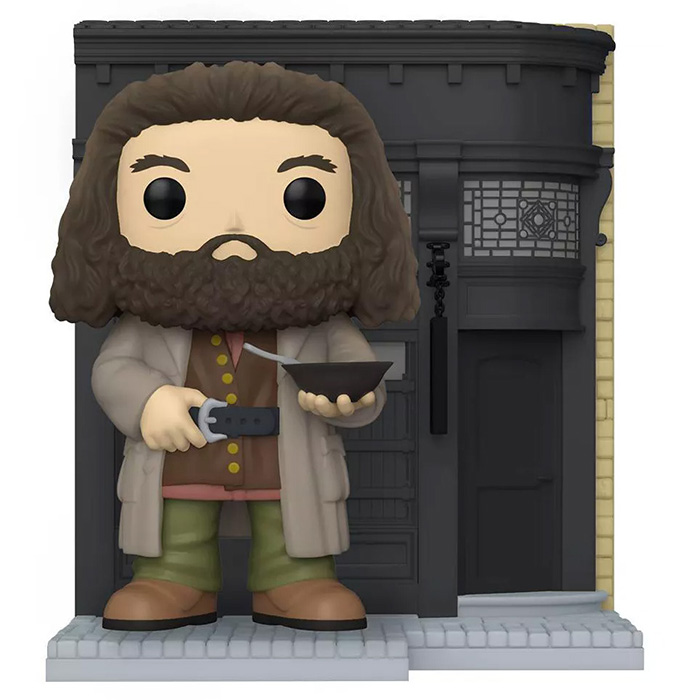 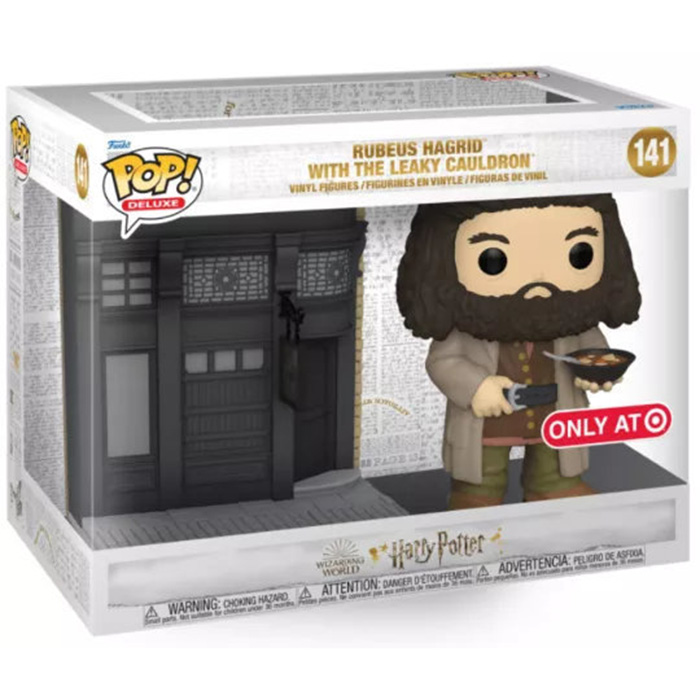 A place of passage for wizards

Rubeus Hagrid is the gamekeeper at Hogwarts School of Witchcraft and Wizardry in the Harry Potter universe. He is a half-giant who was expelled from the school on suspicion of releasing a monster that killed a student. But Dumbledore knew he was innocent and hired him as a gamekeeper so he could stay in the world of magic. He is the one who Dumbledore entrusted with the task of bringing Harry Potter his admission letter to Hogwarts. He helps him to take his first steps into the world of magic by taking him to The Leaky Cauldron, a place frequented by wizards because it contains the secret passageway to the Crossing Road, the famous street where wizards find their supplies or bank. 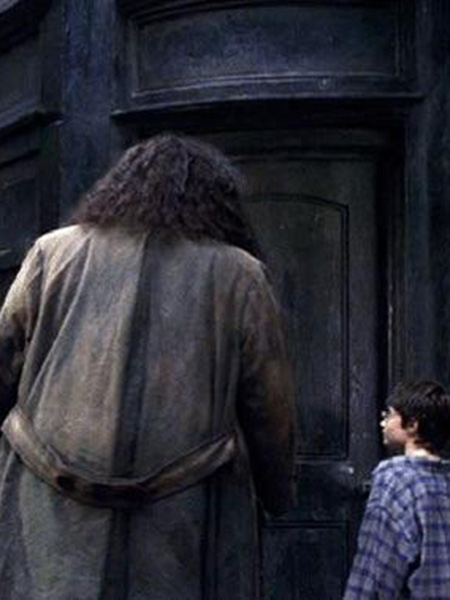 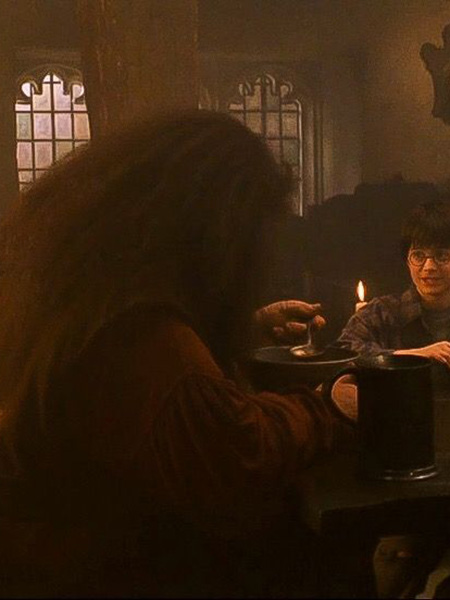 So for this exclusive deluxe pop, Funko has depicted The Leaky Cauldron with Hagrid, one of its regular customers. The front of the shop with its black wood and almost boarded-up windows helps to ward off muggle curiosity. You can also see the elegant windows and the sign hanging in front of the entrance. Hagrid is standing in front of it, much higher than the door because he is a half-giant. He is wearing his usual brown coat with his long brown hair and thick beard. In his left hand he holds a bowl of pea soup, the inn’s specialty.