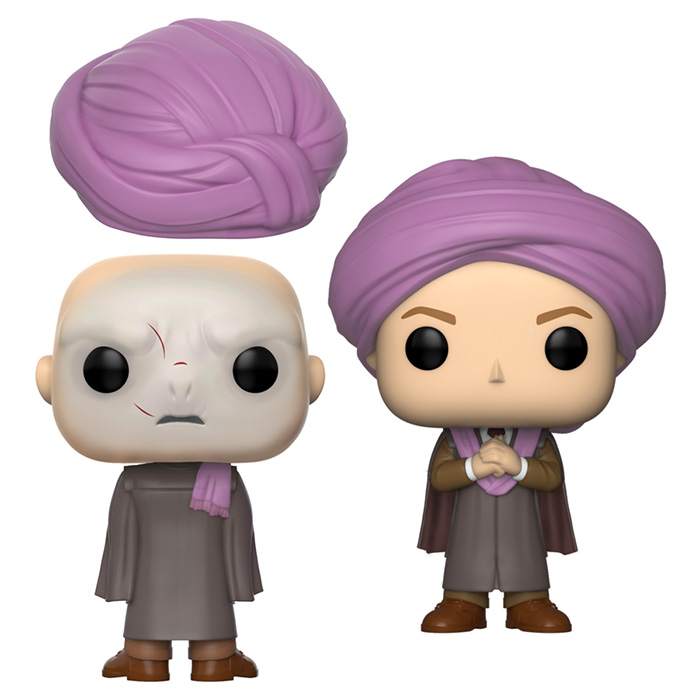 Professor Quirrell is the professor of defense against the forces of evil in the first opus of the Harry Potter adventures. Harry meets him for the first time at the Leaky Cauldron when Hagrid introduces him to the world of magic. He seems rather shy and stutters even a little. While Harry accompanies Hagrid to the bank, the latter recovers something for Dumbledore. Later in the year, Harry learns that it was the Philosopher’s Stone and that someone tried to steal it from the bank and then from the school where it was hidden. Harry and his friends’ suspicions immediately turn on Professor Snape and his somewhat gloomy reputation. But when they decide to go and steal the stone themselves to protect it from whoever wants to steal it, what is not their surprise that it was Professor Quirrell who wanted to steal it and not Snape. But he didn’t want to steal it for himself, he wanted to steal it for Voldemort, who was neither dead nor completely alive and was like a kind of parasite hanging from the back of the professor’s skull. 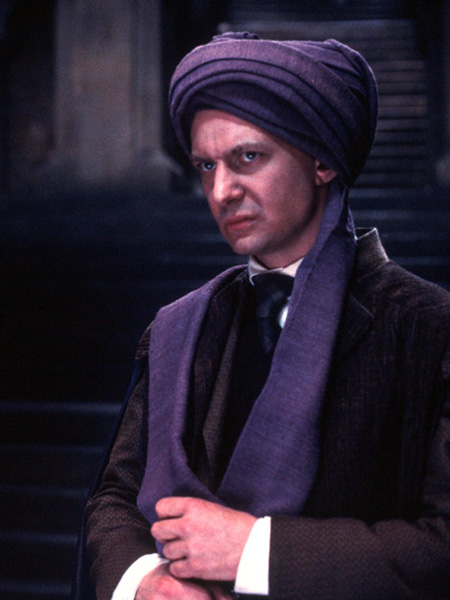 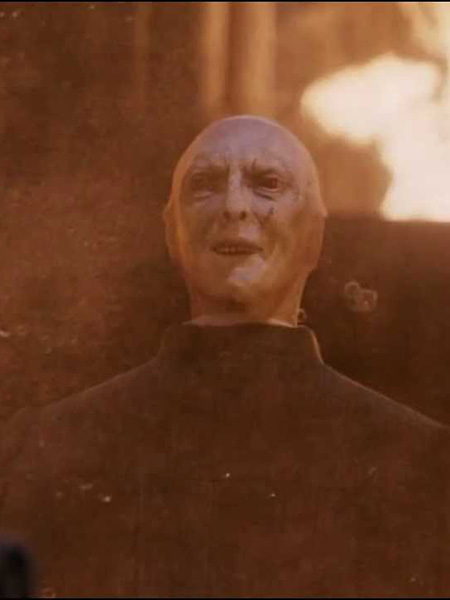 For this exclusive figurine at the Comic Con in New York 2018, Funko represented Professor Quirrell. He wears his sober costume with his grey wizard’s robe acting more like a cape revealing the sleeves of his brown costume. But above all he wears this funny purple turban that shows a little with the rest of his outfit and that never leaves him. But what makes this figurine so special is that the turban is removable and underneath, we can see Voldemort’s face with its grey skin, his almost absent nose and the scars on his face. 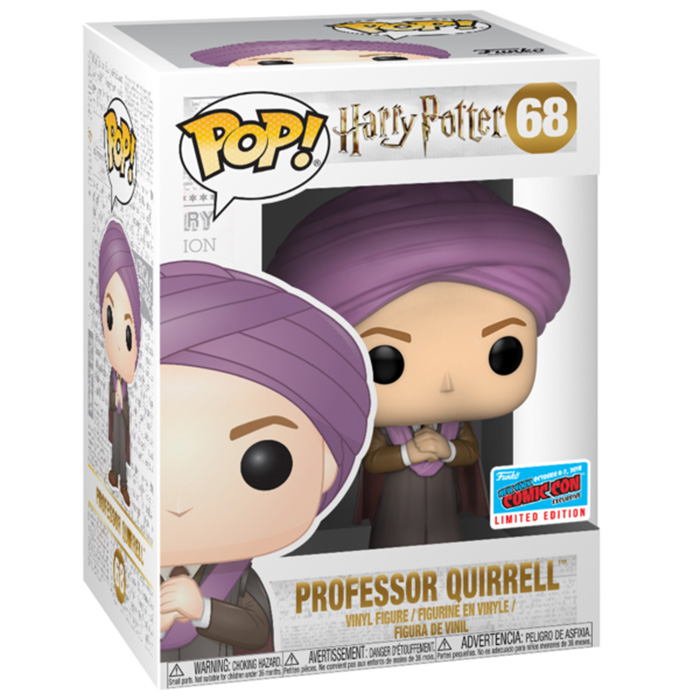