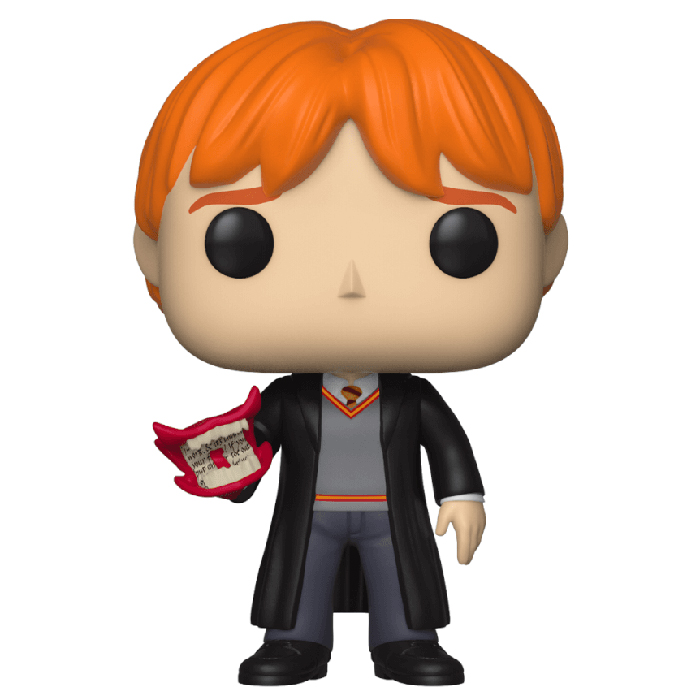 The start of Ron’s second year at Hogwarts is complicated. And yet, he only wanted to help his friend Harry Potter, the hero of the films and books of the same name. He is punished by his aunt and uncle and is forbidden to go out. So, with his two brothers, Ron takes his father’s flying car and comes to his rescue, tearing off the bars that Harry’s uncle had put on the windows. And when the passageway to platform 9 3/4 closes and prevents the boys from getting through, Ron decides to take his father’s car again so that he and Harry can get to school that way. But they are seen by several Muggle boys on the way and his father faces disciplinary action for tampering with a Muggle artifact. So, the very next morning, Ron receives a letter from his mother in the form of a bawling, a letter that comes to life and shouts out the words in the voice of the person who wrote it. 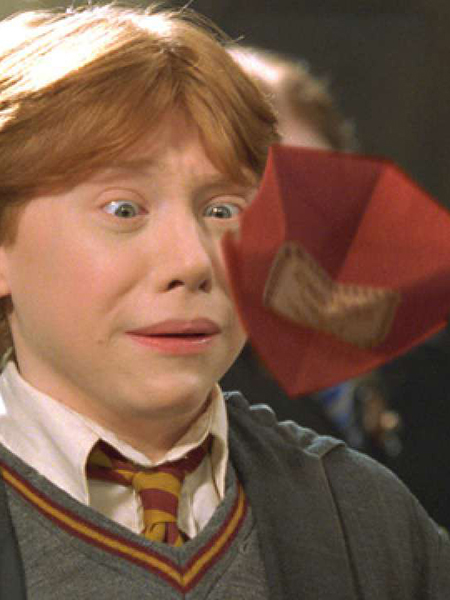 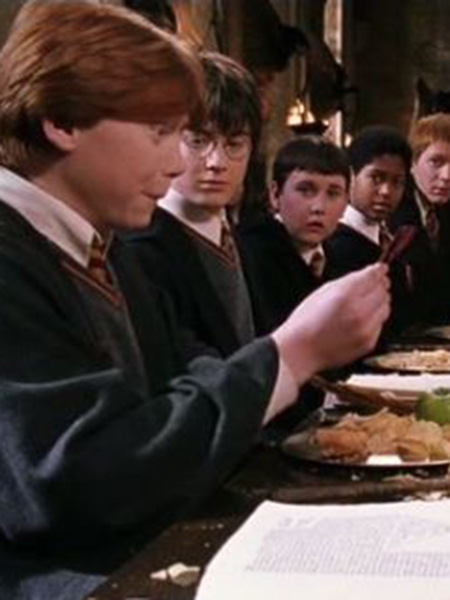 Ron in a bad way

Ron is shown here with the letter in his right hand. He is wearing his usual Hogwarts uniform with a grey sweater with Gryffindor edging and the tie. On top of this he is wearing his black wizard’s robe, slightly open. His red hair and furrowed eyebrows give him a very worried look on his head. The letter takes the form of a wide open red mouth, very threatening with its two rows of teeth. 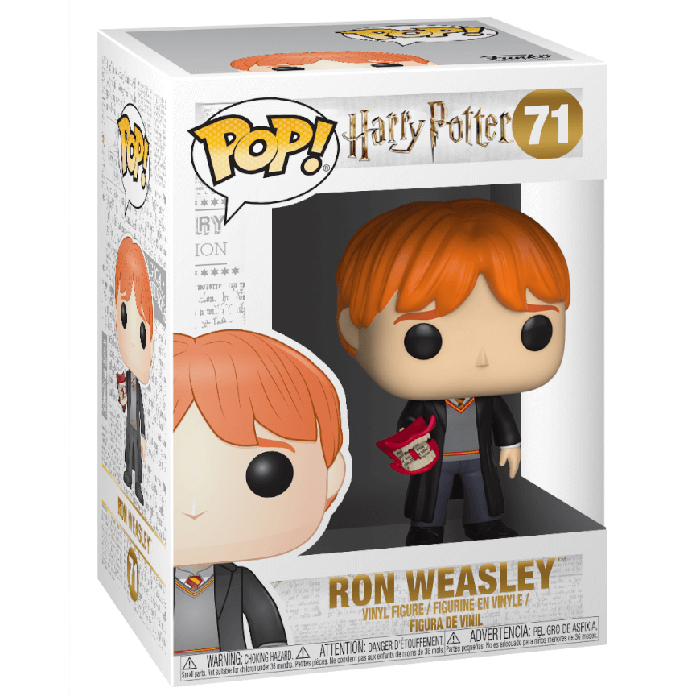