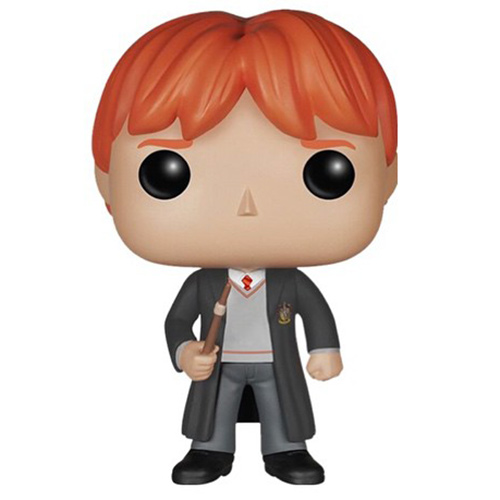 Ron Weasley is one of the main characters in J.K. Rowling’s Harry Potter saga and its adaptations. This epic tells the story of Harry Potter, a young boy who discovers in the summer of his eleventh birthday that he is a wizard. His uncle and aunt, with whom he had lived since he was a baby, had hidden from him that his parents had not died in a car accident, but that they had been killed by the terrible wizard Voldemort. Weakened but not dead, he will do anything to take human form and regain his power. And eventually Harry will realize that he’s the only one who can stop him. But before that, Harry will attend the prestigious Hogwarts School of Witchcraft and Wizardry to learn everything there is to know about the world of magic, all new to him. He will make several friends there but the most faithful will be the very clever but a little annoying Hermione and Ron Weasley. Ron is the second last of a large family and has been a wizard for generations. He has five brothers, including twins Fred and George, who are just a year older, Percy, Bill, who we will only meet in the last two movies of the saga, and Charlie, who we will only hear about. He also has a little sister, Ginny, who will enter Hogwarts one year after Ron, and will be as brilliant as Hermione. Ron isn’t the brightest of wizards and he can be a little shy at times, but his friendship with Harry and Hermione is unfailing and they will have to face many dangers together. Harry will soon be “adopted” by this warm family, which is the exact opposite of what he knew from his aunt and uncle. 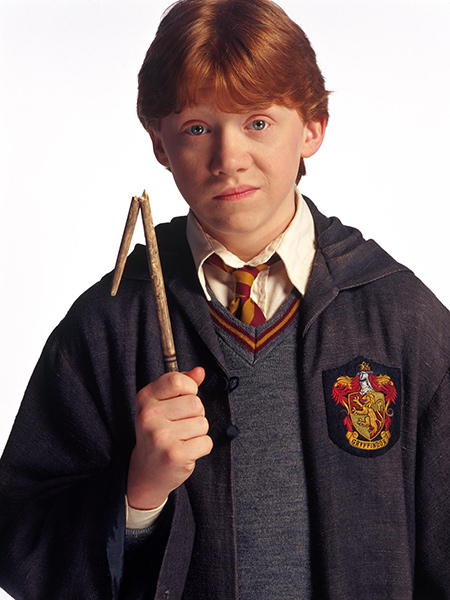 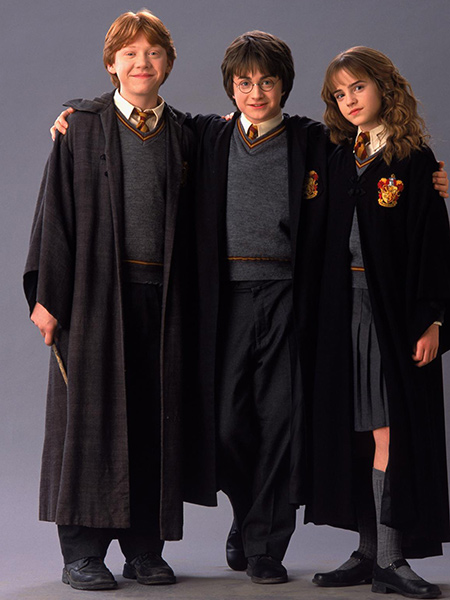 Ron’s Harry Potter And The Chamber Of Secrets version of Ron.

Like the other Hogwarts students, Ron was portrayed with the appearance he has in the early films. For Ron, this is especially the second film since we can see that the wand he is holding is re-taped after he broke it the day he arrived at Hogwarts in second grade. Ron’s outfit is identical to Harry’s, which makes sense since he wears the uniform. He wears dark grey pants, black shoes, a light grey sweater, and a shirt and tie. The only difference is the wizard’s robe he is wearing, which is not black like Harry’s, but grey. However, it is in the red and gold colours of the house in which he was placed with Harry and Hermione on his arrival at Hogwarts: Gryffindor. Finally, like all the members of his family, Ron is red-haired, so it’s his hair and eyebrows that make his figurine so recognizable! 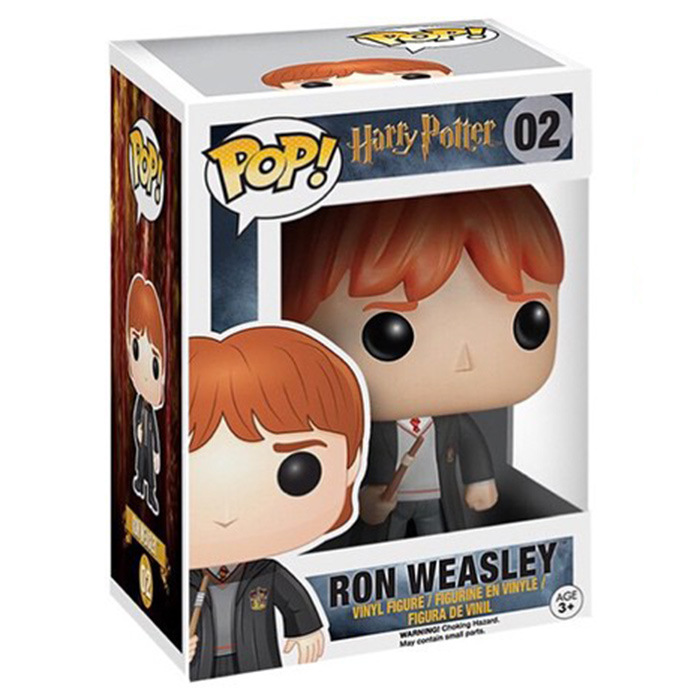