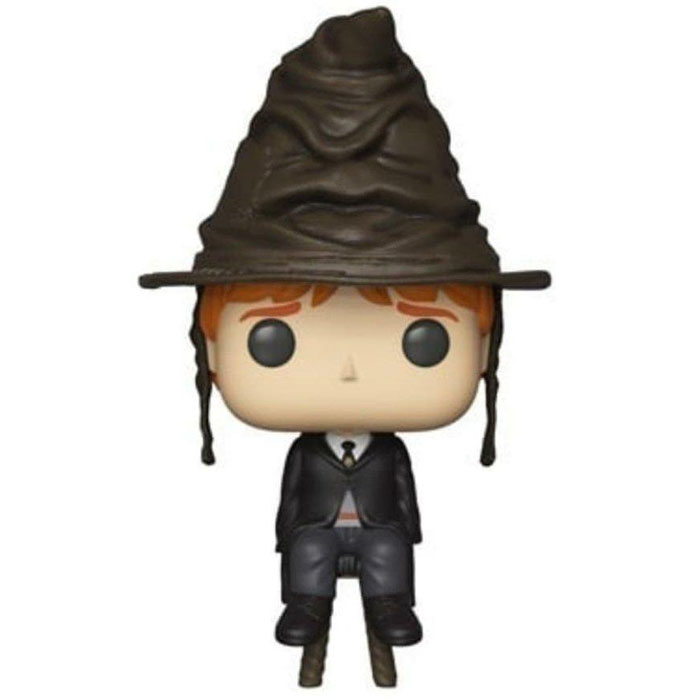 Ron Weasley is one of the two best friends of Harry Potter, the hero of the famous literary and cinematographic saga. Ron is the penultimate of a very large family of wizards, all with red hair. At the beginning of the saga, his two older brothers have already finished their studies, his older brother Percy is almost finished, and his brothers, the twins Fred and George have already been at Hogwarts for a year. Ron meets Harry Potter and Hermione on the train that takes them all to school. Ron’s whole family has always been part of the Gryffindor house, and when Ron finally passes under the flag to be placed in his home, there is a lot of pressure on him. Luckily he is placed with the Gryffindors and his friends Harry and Hermione as well. 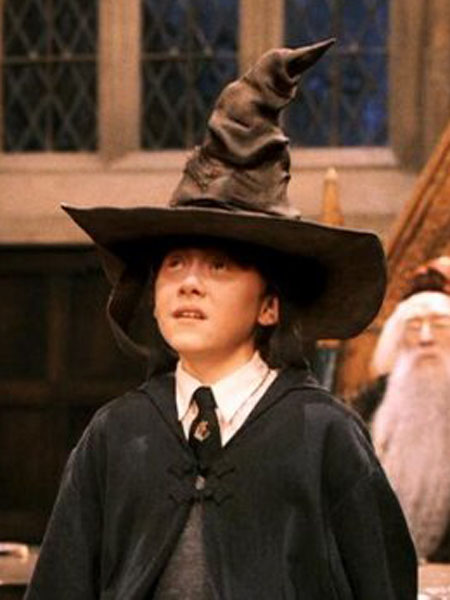 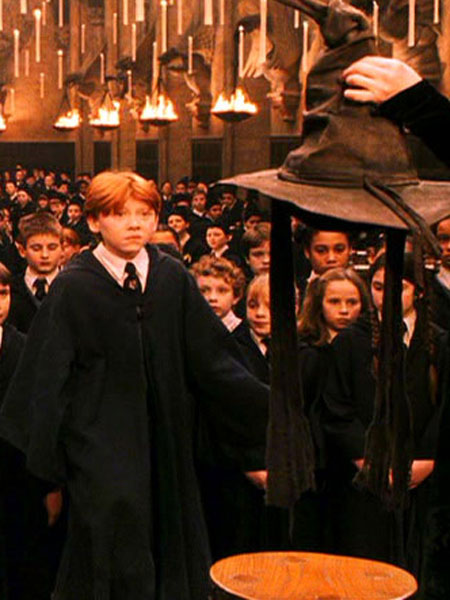 So Ron is depicted sitting on the high stool on the platform in the Great Hall at Hogwarts. He is wearing his Hogwarts uniform, grey trousers, a matching sweater and tie and of course his black wizard’s robe. On his head one can recognize his red hair and furrowed eyebrows, clearly frightened by the situation. Finally, on his head, we can see the brown leather hat whose folds form a rather grumpy face. 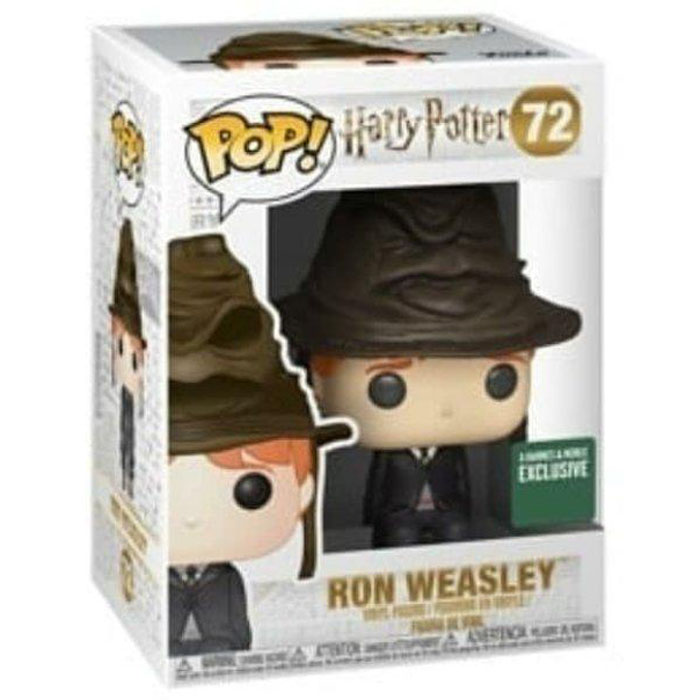