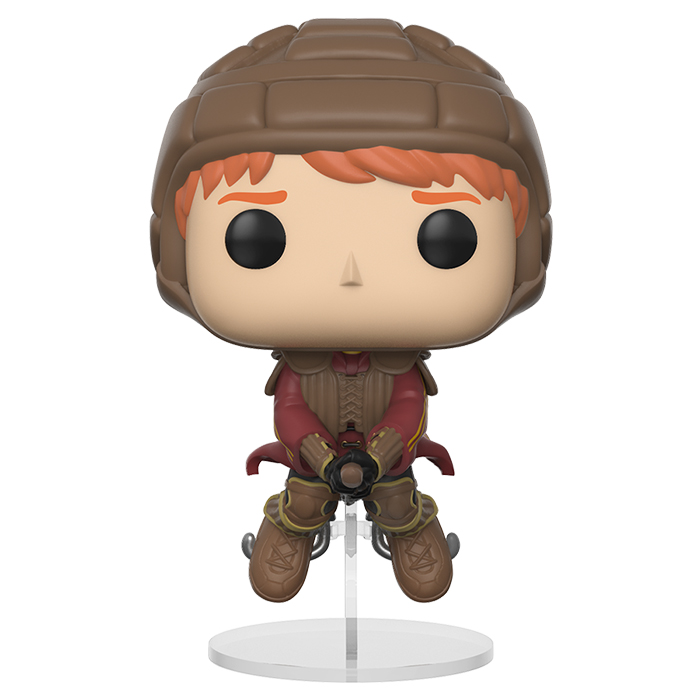 New to the team

Ron Weasley is one of the two best friends of Harry Potter, the famous little wizard with glasses, in the series of books and movies dedicated to him. Ron has always been passionate about quidditch and has always been a little jealous that his two older brothers, his little sister and his best friend have been part of the Gryffindor team for several years. In the sixth book and film, Harry Potter became team captain and at the beginning of the year he was given the task of giving trials to members of the Gryffindor house who wanted to join the team. In spite of not extraordinary performances, Ron manages to become the team’s goalkeeper. While in the book it takes a long time before he succeeds, in the movies it is in the first game that he manages to block almost all the goals of the opposing team and thus becomes the hero of the game and of Gryffindor, thus attracting the attention of Lavender Brown, much to Hermione’s chagrin. 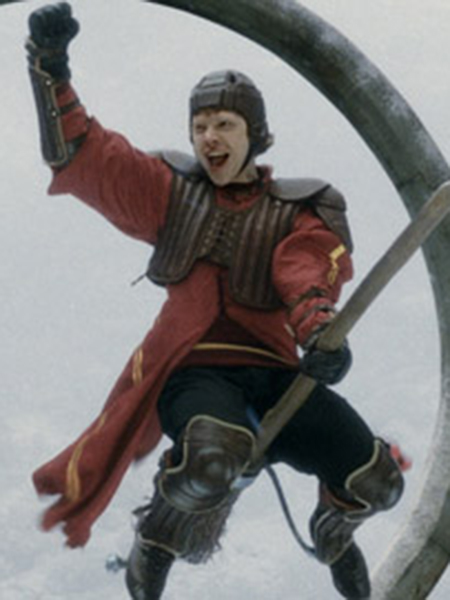 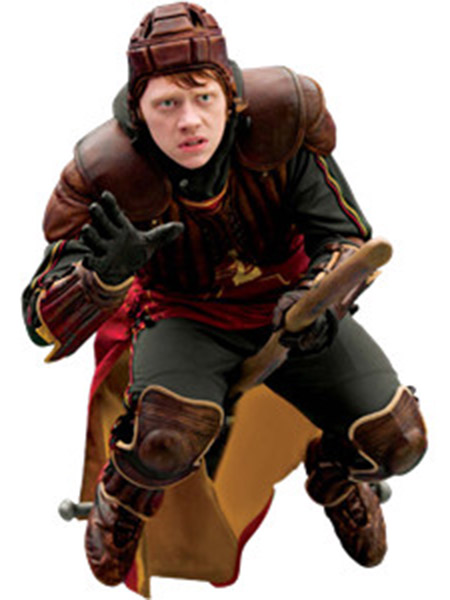 Like the Harry action figure released as an exclusive for SDCC 2017, Funko is releasing a figure of Ron in quidditch outfit and depicted flying on his broomstick. It stands on a transparent base to really give the impression of flight. We can see his quidditch outfit in the colors of Gryffindor but being a goalkeeper, it is particularly reinforced with a brown leather frame to better withstand the blows. So he has thick knee pads, leg pads, wrist protectors as well as a pectoral and shoulder pads almost like an American football player. On the head, we can see his red hair sticking out of his brown helmet and his eyebrows giving him a worried look. 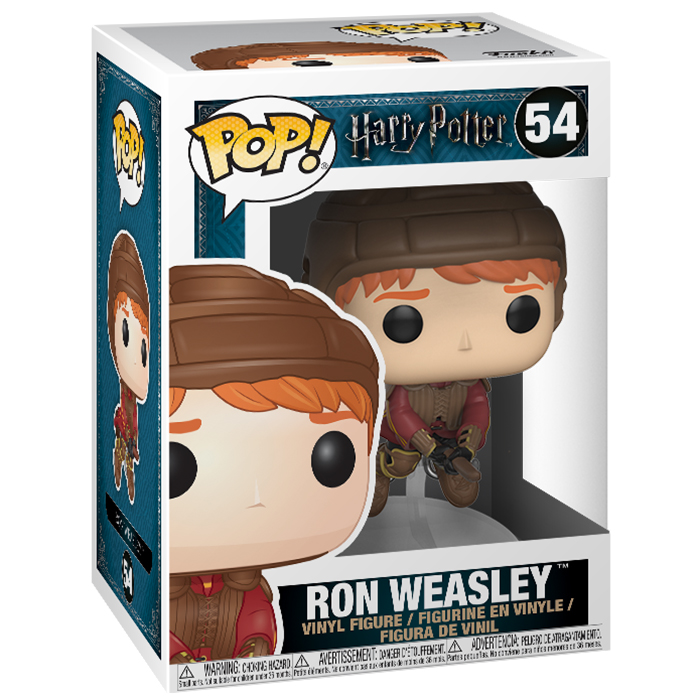