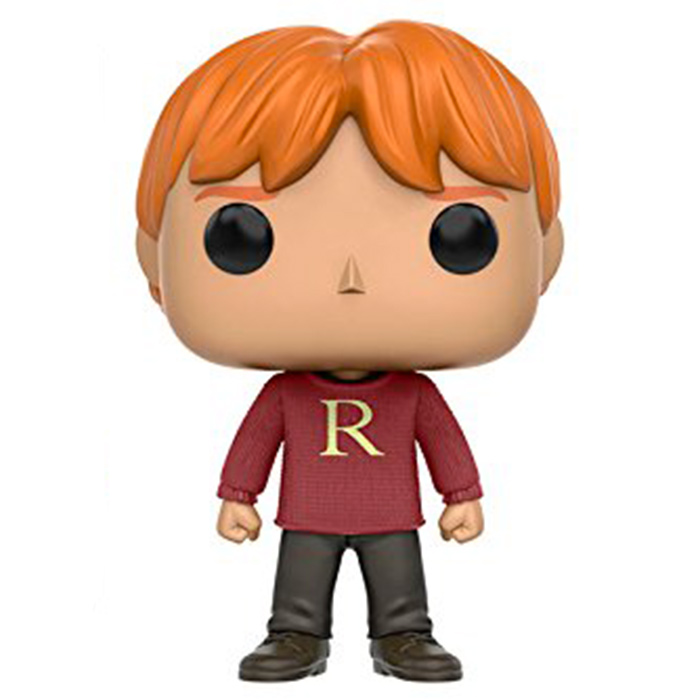 Ron Weasley is one of the main characters of the famous series of fantasy books and films for children, Harry Potter. In this world, sorcerers exist and live alongside normal human beings, the “Muggles”. Harry Potter, a young English boy discovers that he is one on his eleventh birthday when he receives his letter of admission to the Hogwarts School of Witchcraft and Wizardry. He will discover a whole new world but will also learn more about his past. He’ll soon realize that his parents didn’t die in a car accident but were killed protecting him from Voldemort, the most terrible wizard of all time, who unfortunately is still present. During his time at school, Harry will also quickly make friends, especially two very faithful friends, Hermione Granger and Ron Weasley. Ron is part of a large family of sorcerers. They are warm and generous people who will soon welcome Harry as one of their own. At their premiere, Ron and Harry spend Christmas at Hogwarts and on Christmas morning they both receive a sweater knitted by Ron’s mother. Harry is thrilled because he wasn’t used to receiving gifts, but Ron isn’t, having always hated his mother’s sweaters. 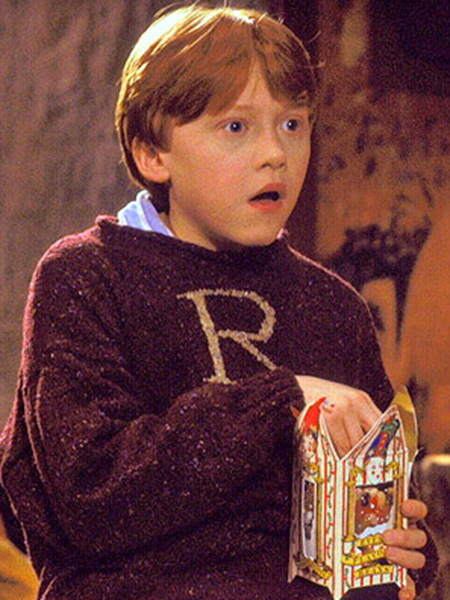 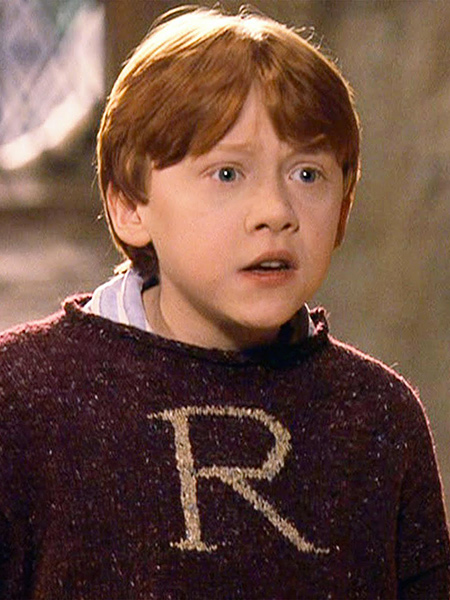 Ron and his Weasley jumper.

This figurine is a Hot Topic exclusive and thus marks the third version of Ron Weasley’s character (not counting the one sold with the pop ride). It represents Ron during his first year at school and especially at Christmas when he receives the famous sweater knitted by his mother. At the bottom, Ron wears simple grey pants with brown shoes and at the top, we find this famous dark red sweater with the letter Ron in yellow on the chest. As on Harry’s one, the knitted texture of the sweater is particularly reproduced, which makes it a particularly successful figurine. On the head, his face is very simple but we can recognize his red hair so characteristic of the Weasley family. 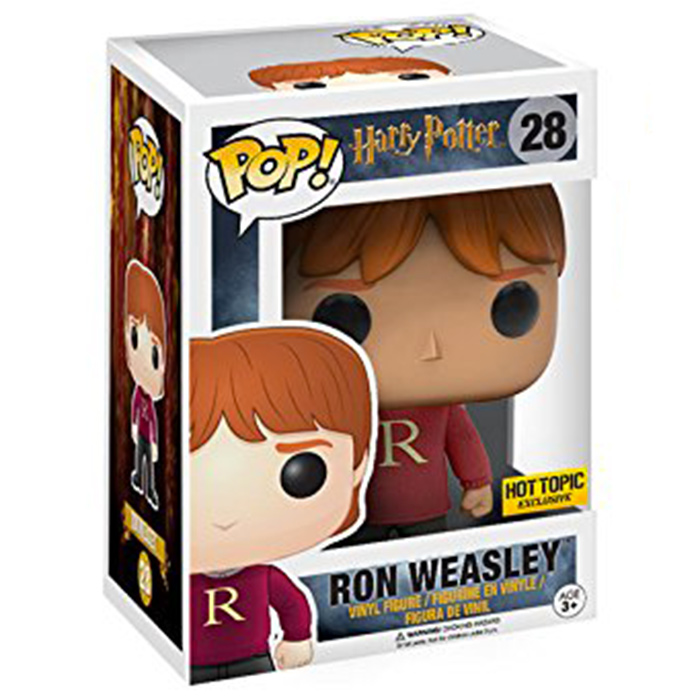