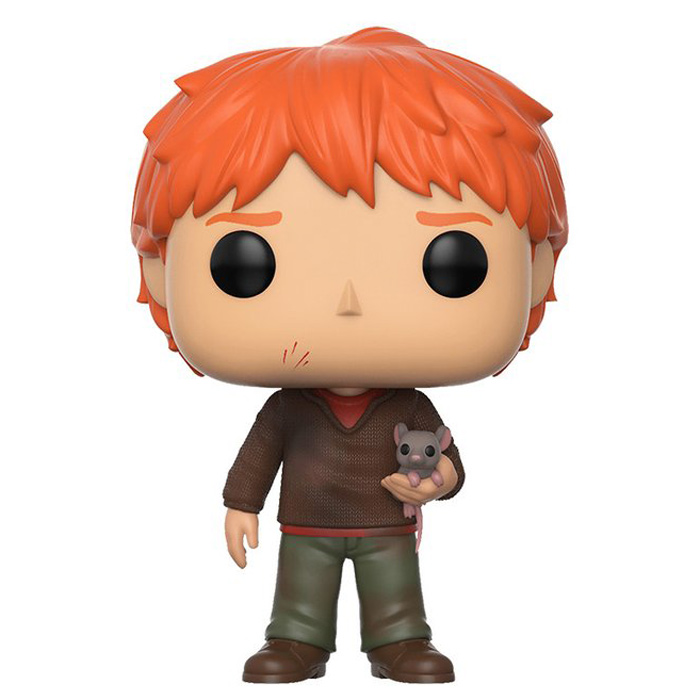 Ron Weasley is one of the main characters in the Harry Potter saga telling the story of the famous little orphan boy who one day discovers that he is a wizard. Ron meets him and sympathizes with him as soon as he arrives at the station to take the train to Hogwarts. Ron comes from a very large family as he has five older brothers and a little sister, all redheaded like him and his parents. Like many children in Hogwarts, Ron has a pet, which in his case happens to be a rat named Scabbers. In the third film, Sirius Black, the man who supposedly sold Harry’s parents to Voldemort, escapes from Azkaban prison. Everybody thinks he’s going to try to attack Harry. But when he finds himself face to face with the three friends in the form of a dog, he attacks Ron’s rat against all odds. This one happens to be Peter Pettigrew, a friend of the Potters who sold them to Voldemort and then turned into a rat to pretend to be dead and blame it on Sirius. 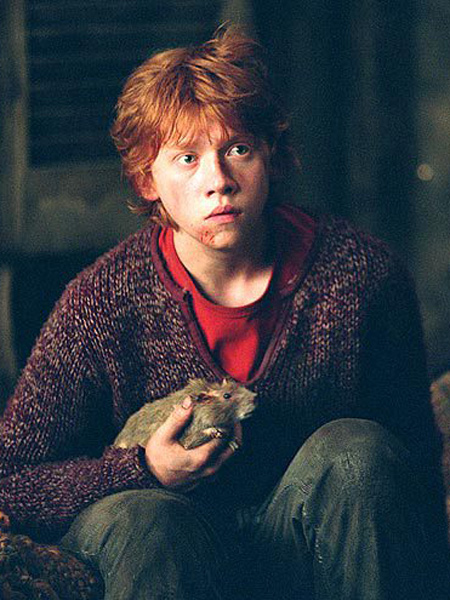 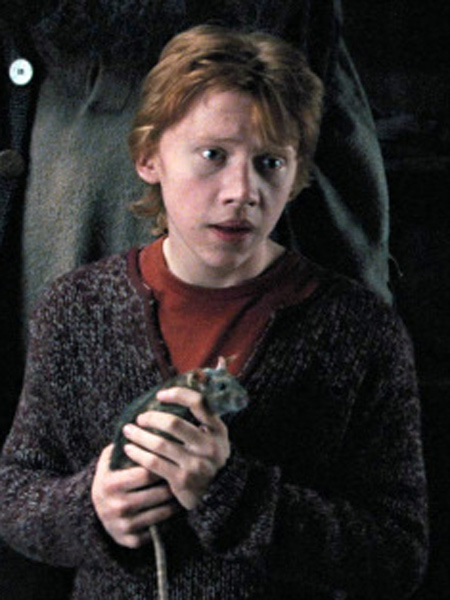 A not so cute rat

Ron is pictured here at the time of the attack: he is wearing dirty khaki pants after being dragged through the mud and brown shoes. With this, he is wearing a brown sweater over a red t-shirt protruding from the collar. At the level of the head, one recognizes of course his mass of red hair and one can see the few wounds on his face. Finally, of course, he holds in his hands his little grey rat Scabbers, who, despite his cute and innocent appearance, turns out to be the traitor Peter Pettigrew. 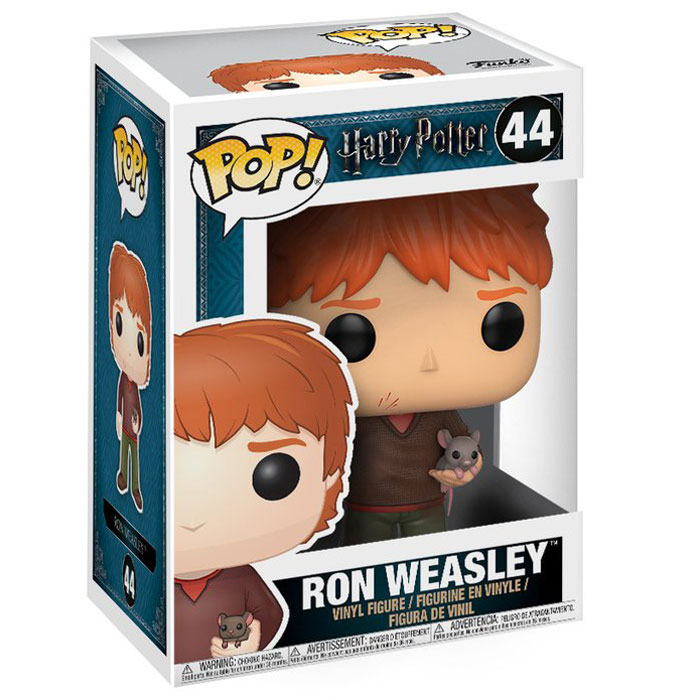