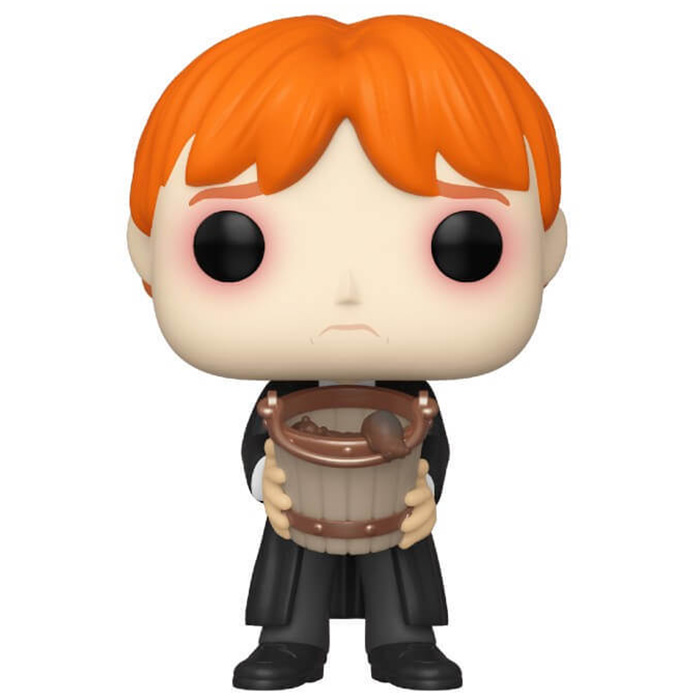 Ron Weasley is one of the main characters in the Harry Potter saga. He is one of the three inseparable friends of the trio he forms with Harry and Hermione. At the beginning of the second year, the elf Dobby does everything to prevent Harry from returning to Hogwarts because a terrible danger awaits him. For this reason, he blocks the entrance to Pier 9 3/4 and Harry and Ron find themselves forced to borrow Arthur Weasley’s enchanted car to go to Hogwarts. But when they arrive, the car crashes into the bumping willow tree. The boys make it out alive but Ron’s wand is broken in half. He fixes it but it’s going to make it very fickle all year round. During the charms, his rat will find himself only half turned into a cup but the most memorable is when he tries to cast a spell on Malfoy who had called Hermione a bloodsucker. The spell turns on him and he starts vomiting huge slugs. 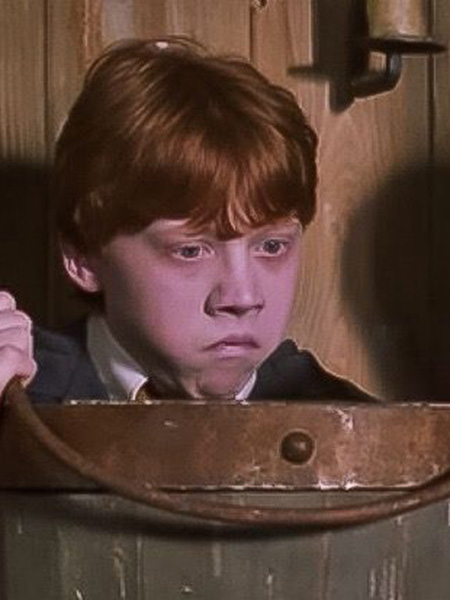 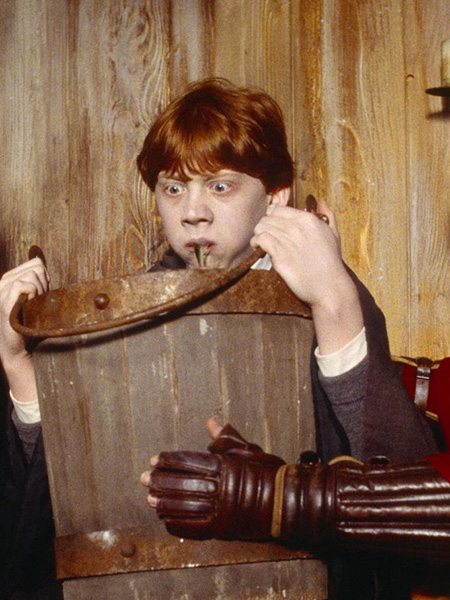 So Funko chose to represent Ron spitting slugs after the spell went wrong. He’s wearing his usual open wizard’s robe over his Hogwarts uniform. On his head, you can see that his complexion is very pale with red circles around his eyes. His hair is as always red and falling back to his forehead. Finally, he holds in his hands the leap that Hagrid gives him and from which several large dark red slugs protrude. 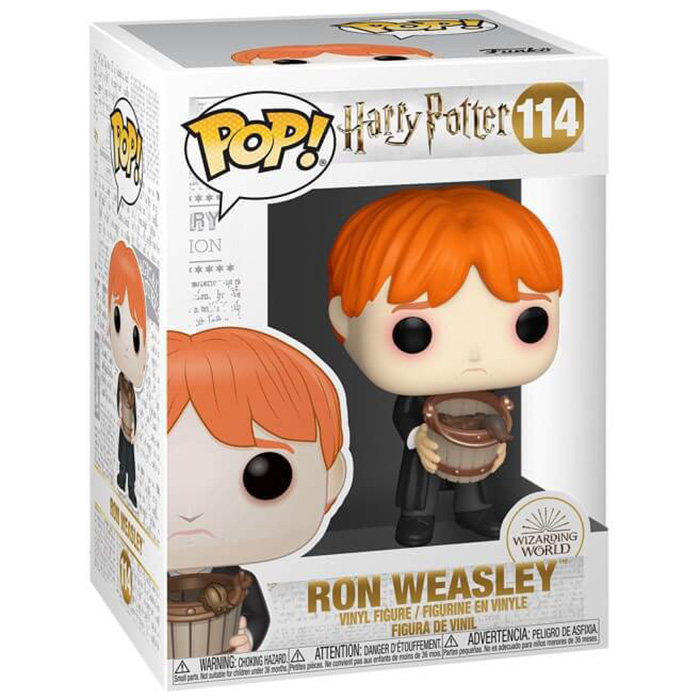