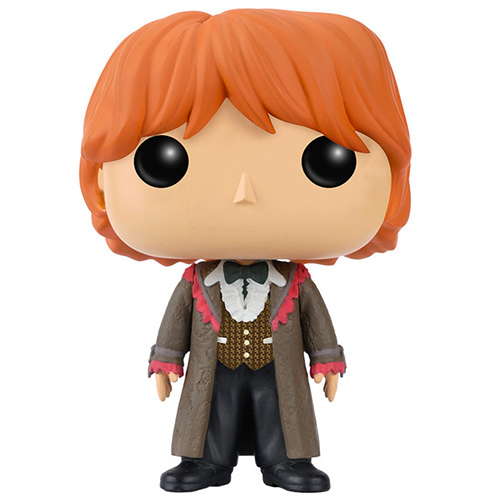 The friend of always

Ron Weasley is one of the main characters in the famous Harry Potter literary and film saga. These novels and films for children tell the story of Harry Potter, a young English boy who discovers on his eleventh birthday that he is a wizard. Having lived with his aunt and uncle since his parents died, he joins the Hogwarts School of Witchcraft and Wizardry. He also learns that his parents were killed protecting him from Voldemort, the most terrible sorcerer that ever lived. As the years go by, Harry will face ever greater dangers until Voldemort returns. Fortunately, he will always have his two faithful friends by his side: Hermione and Ron Weasley. Ron comes from a very large family who will soon adopt Harry as one of their own. In their fourth year, Hogwarts hosts the Three Wizards Tournament, in which three of the world’s greatest schools of magic will compete for the coveted Cup of Fire. For this occasion, Hogwarts also hosts a ball for Yule’s Day just before Christmas. 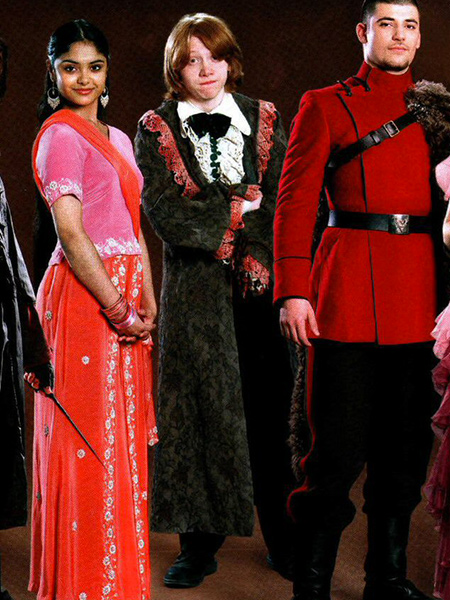 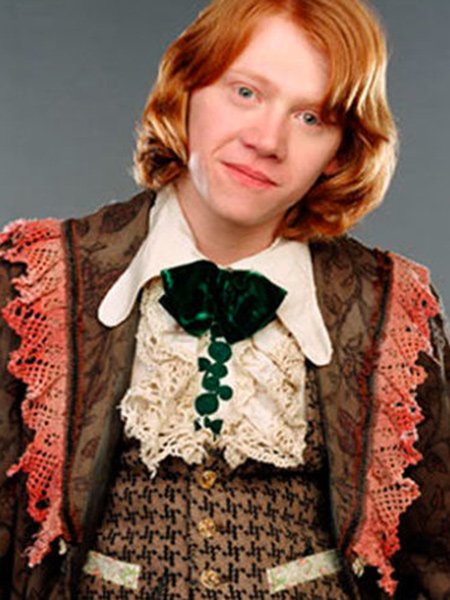 Ron and his pretty dress

Ron is, like Hermione, represented with the dress he’s wearing to the ball. Unfortunately for him, his mother has sent him a traditional ball gown that is not exactly a must-have. The only sober part of his outfit is his black pants and shoes. Otherwise, we find this ruffled shirt with no bow tie worn with a houndstooth patterned jacket. On top, he wears his famous brown dress entirely embroidered and bordered with red lace collar and sleeves. His face is very simple but we can find his famous red hair particularly long in this fourth film. 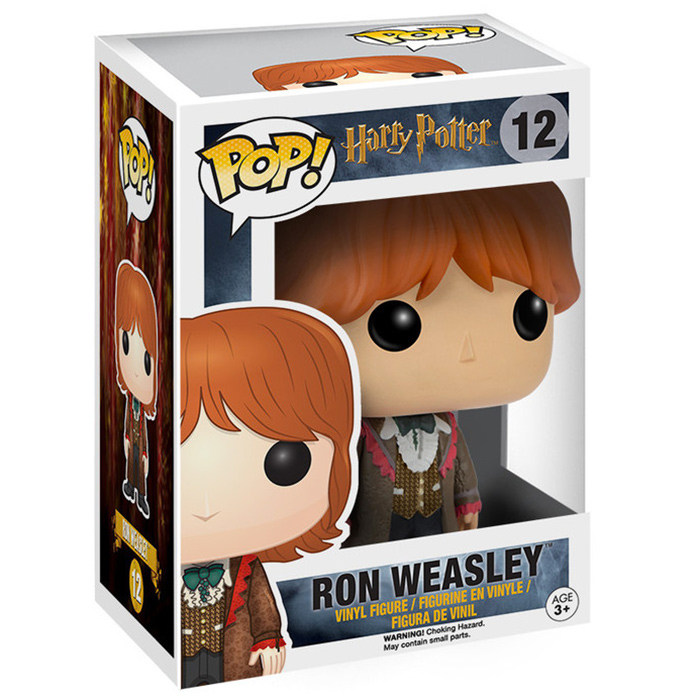