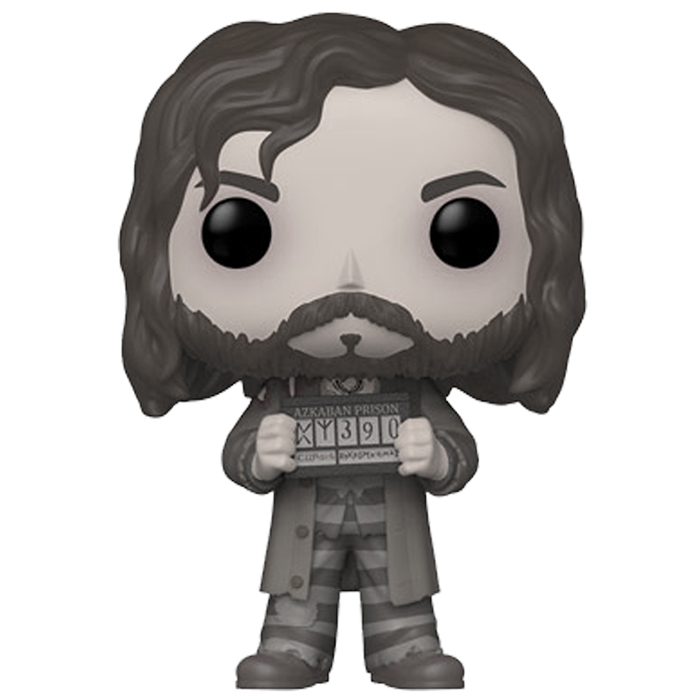 Sirius Black is an important character in the Harry Potter saga. He was one of the best friends of the Potter couple, Harry’s parents, and he was even named godfather of the young boy. When Harry’s parents were killed by Voldemort, Sirius Black was unjustly condemned for having denounced them and was sent to Azkaban prison for many years. When Harry is in his third year at Hogwarts, he manages to escape and everyone is convinced that he will try to go after him and kill him too. When he does manage to kidnap Harry, we learn that it wasn’t actually him who had denounced the Potters to Voldemort, but their other friend Peter Pettigrew, who cut off his little finger and turned into a rat to pass himself off as dead and blame it on Sirius. At the end of the book, the truth is not done about him, but at least he is now free even though he is on the run. 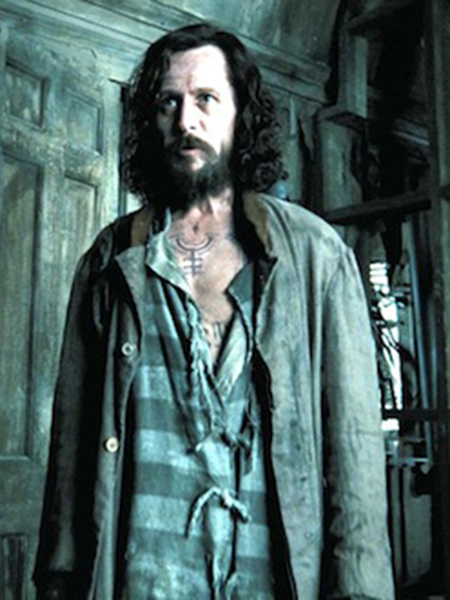 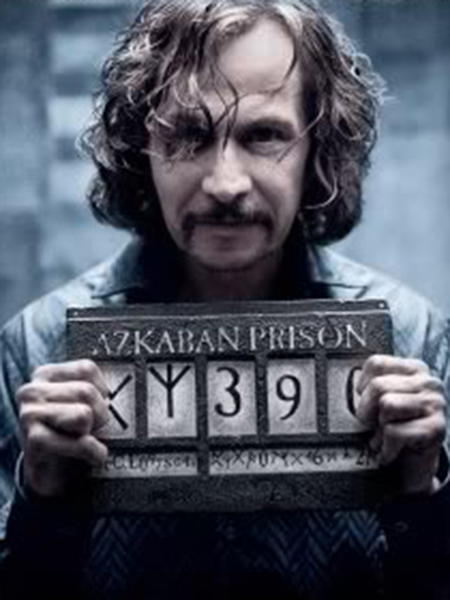 For this exclusive version of the character, Sirius Black is represented with his Azkaban prisoner outfit in a sepia version. So we find this kind of black and grey striped pyjamas and an old raincoat to try to go a little bit unnoticed. In his hands, he holds his sign on which is inscribed his number of the Azkaban prison. His beard and moustache match his wavy, medium-length hair. Around his eyes, one can see grey halos that mark his fatigue and condition after being in prison for such a long time. 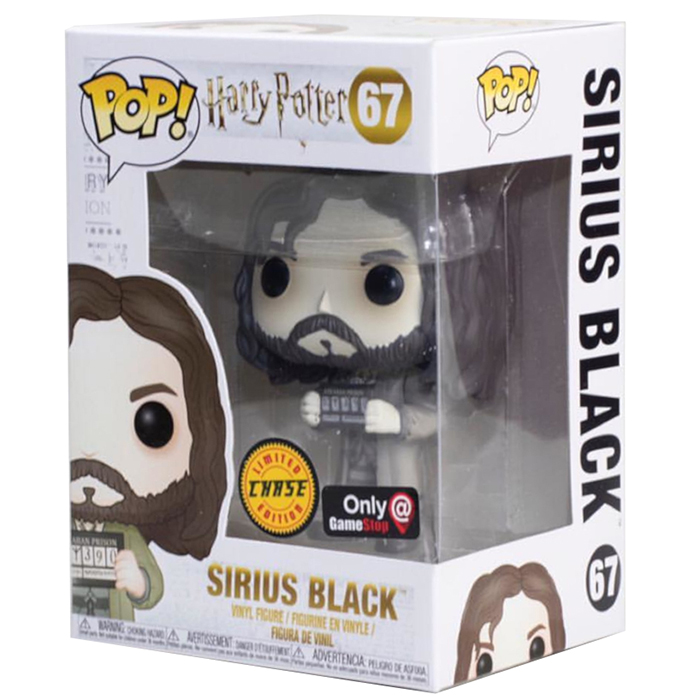