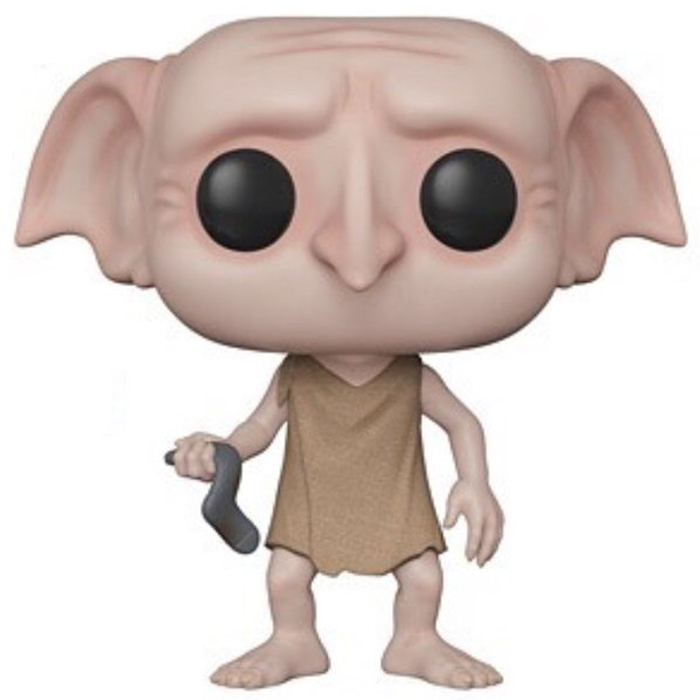 Dobby is a house elf and a character who will make several appearances in Harry Potter novels and movies, the famous saga telling the adventures of the famous little English wizard. We see him for the first time in the second movie when he comes to Harry’s house to try to prevent him from returning to Hogwarts this year, warning him that terrible dangers await him there. Which of course there are. Dobby happens to be the house elf of the Malfoy family, and like all his people he is considered a slave. Seeing this, Harry arranges for Lucius Malfoy to give him Tom Jedusor’s diary in which Harry had placed a sock, thus freeing Dobby from his master. Dobby is found later when Harry, Ron and Hermione are looking for the horcrux. He saves Harry and the others from a dagger sent by Bellatrix Lestrange by standing in front of them, sacrificing his life. 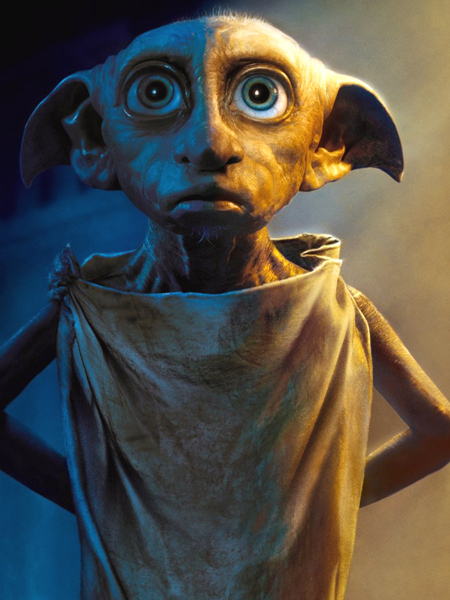 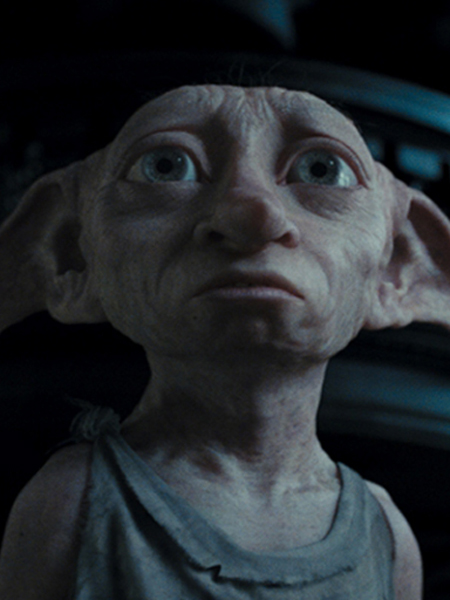 For this new version of Dobby exclusive to Target stores, Funko decided to make a much bigger version of the existing one since this super sized version measures 25 cm. As always, we find Dobby with its pink skin and skinny limbs. On the head, he has big sad eyes, a big pointed nose and big ears. He is dressed with the pillowcase that he uses as clothing and he holds in his hand the sock that Harry gave him, which makes him a free elf. 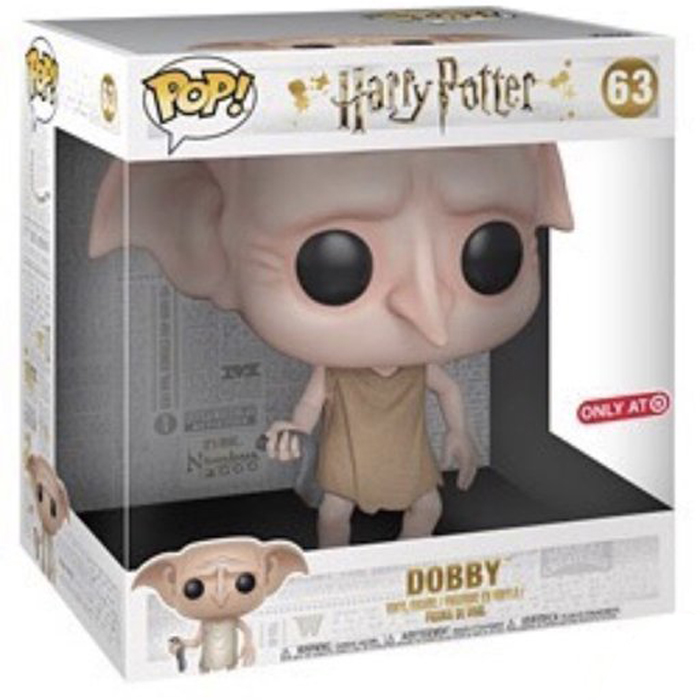