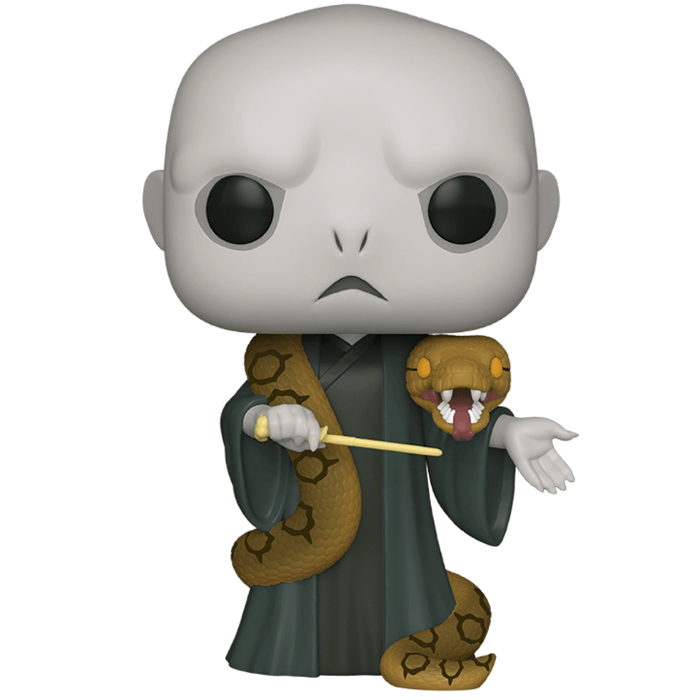 Voldemort is the famous big bad guy from the Harry Potter saga. He is a wizard who had given himself the mission to rid the world of wizards who are not “pure blood”. When Harry Potter, the young hero of the saga, was only one year old, Voldemort tried to kill him but his magic turned against him and he was reduced to nothing, almost dead, in a degraded state of existence. Harry’s parents are killed and it is only ten years later that he learns that he is in fact a sorcerer. But from his first year, the shadow of Voldemort will hover over him until he finally manages to take human form at the end of the fourth book. After that, he will do everything he can to gather his mangoes and finally kill Harry Potter, about whom the prophecy had announced that he could kill Voldemort. 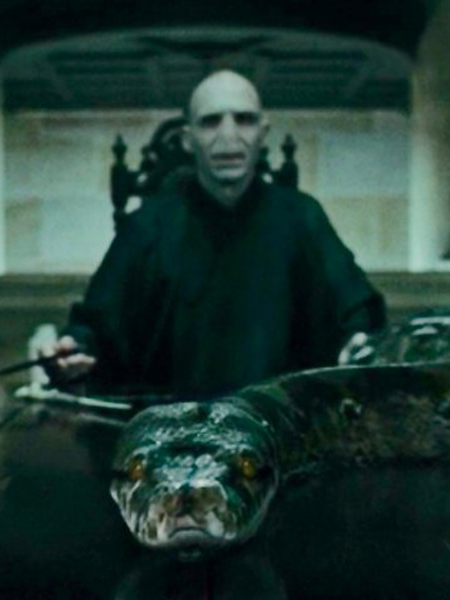 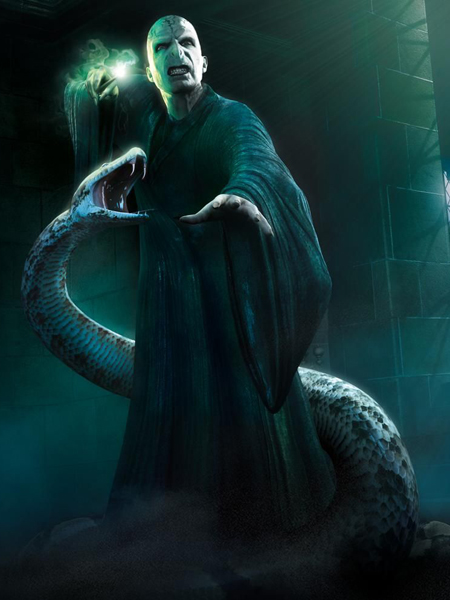 For this exclusive figurine, Funko represented Voldemort in a supersized version of 25 cm. He is as we see him when he comes back in the fourth movie with a simple long black dress. His skull is bald and his nose is almost absent with prominent eyebrow arches. Finally, his Nagini snake is wrapped around his shoulders with its mouth wide open and its scales very elegantly represented. He shows his wrist and holds his wand in the other hand. 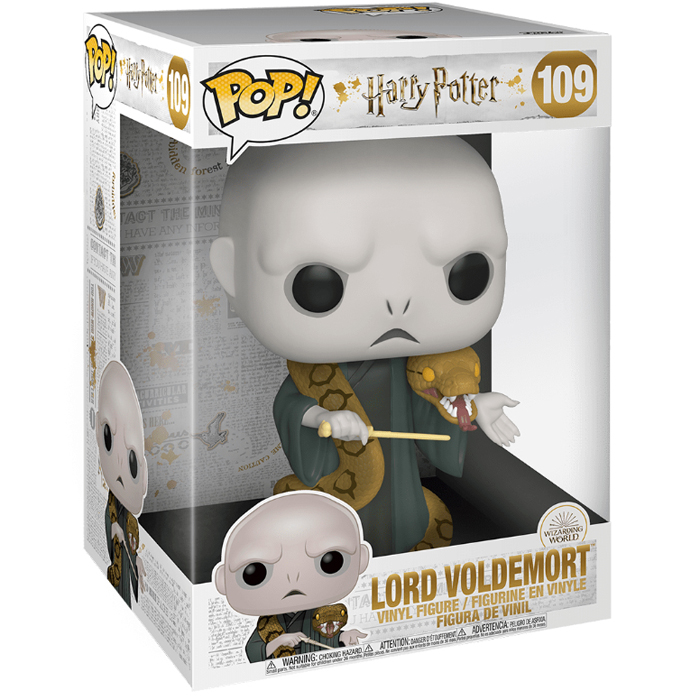