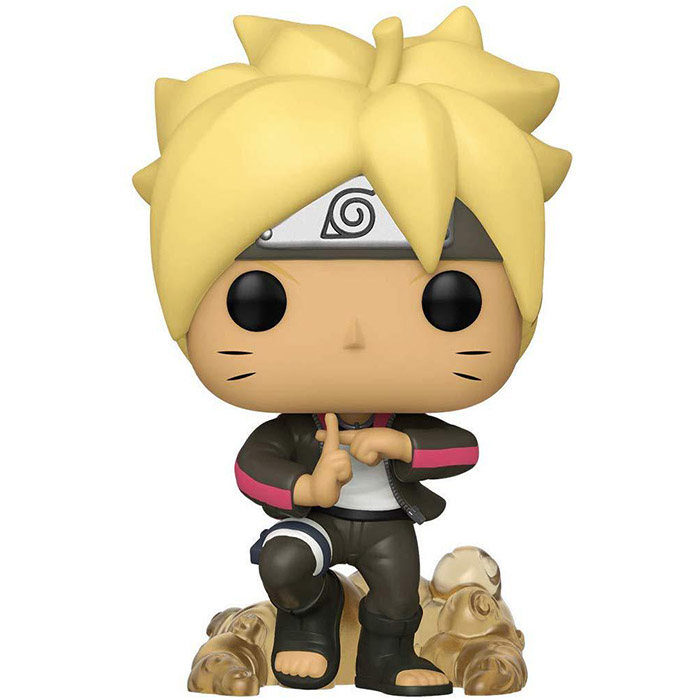 Boruto Uzumaki is the hero of the anime series Boruto. This one takes place in the universe of the manga and anime Naruto since we follow the adventures of Boruto, who is none other than the son that Naruto had with Hinata. Since his father became Hokage of the village of Konoha and holds the highest functions, he and his mother do not have much time for their son who lives in their shadow. That’s why Boruto decided to become the most powerful ninja in order to impress his father. He will then integrate a training team with Sarada Uchiha. But if Boruto is talented, he will also realize that it is a rigorous and difficult training for which it takes a lot of courage. 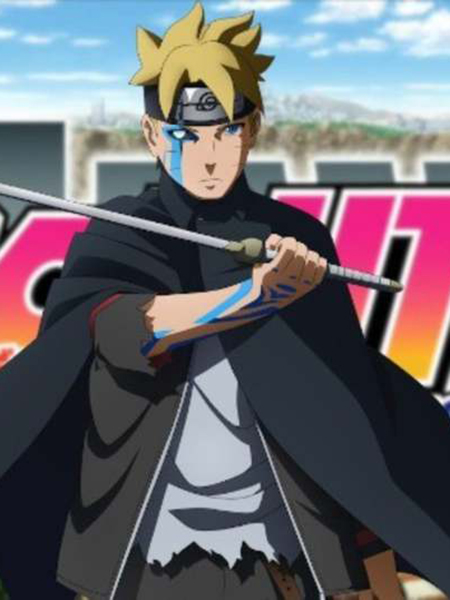 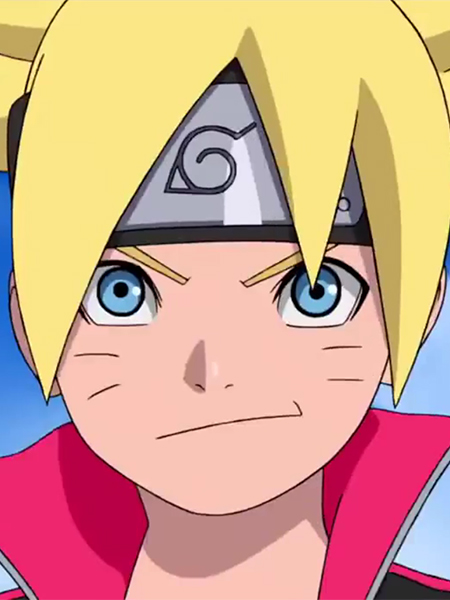 In the middle of training

Boruto is shown here in the middle of training using one of these moves. He is wearing black pants and a black zippered jacket with a red stripe along the sleeves. He is also wearing black sandals with an open toe. On his head, we find his short blond hair styled in spikes and his ninja headband around his head. Finally, like his father, he wears the two black marks on his cheeks resembling moustaches. 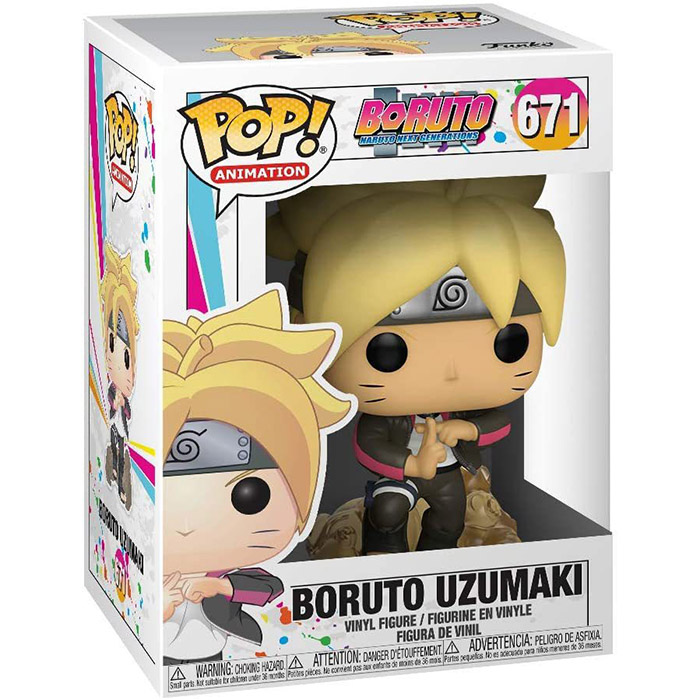