Naruto is the main character of the Naruto manga and the anime adaptations of the same name. The action takes place in a retro-futuristic world where, despite the important development of technologies, ninjas and samurais are important members of the army. Naruto is a teenager who dreams of becoming a ninja but it will not be easy for him because of the nine-tailed fox demon (Kurama) that he harbours within him and that often arouses the mistrust of the people in his village. 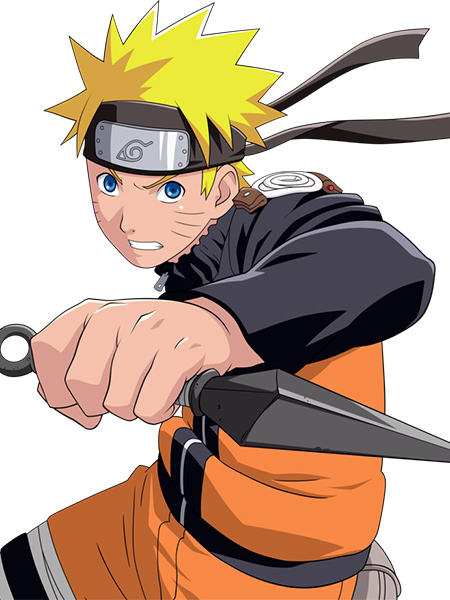 We find the famous orange and black outfit of the young boy as well as his shoes with the so particular shape. On the head, his face is very simple but we can see the moustache which reminds us of the presence of the demon inside him. As in the cartoon, his blond hair is held back by a headband with his famous logo.